Samsung sought to show off its eco credentials as it released the latest set of smartphones and tablets ahead of the Mobile World Congress.

Under the Galaxy for the Planet initiative, Samsung has vowed to incorporate recycled material in all new mobile products by 2025, but we can confirm the batteries powering its current phones remain non-removable unless one wants to get handy with the heat gun and suction pads.

The Register got its claws on the new devices at a recent London event and came away impressed with some and a little underwhelmed by others. 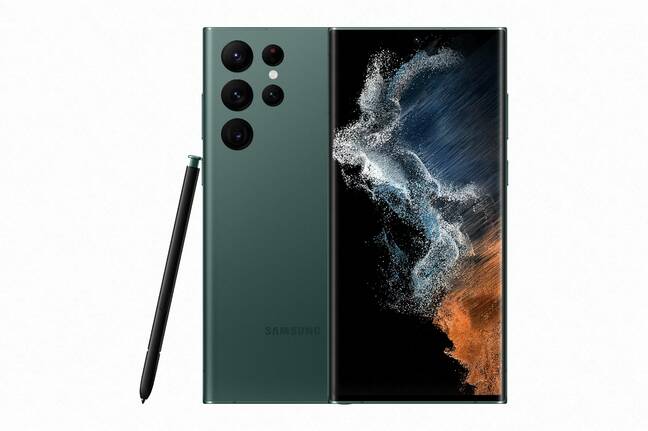 The S22 Ultra flagship is an undeniably nice bit of kit, with a 6.8" Edge QHD+ AMOLED display. We had an iPhone 13 Pro to hand for comparison, and despite the Samsung device being heavier on paper (229g vs 203g for the smaller 13 Pro) the two felt similarly hefty. Subjectively, we'd have to say the Ultra felt better in the hand.

As well it should – the RRP of the base S22 Ultra is £1,149 (and it will sell for $1,210 in the US; this is not a currency conversion). For over a grand, you only get 128GB of non-upgradeable storage and a disappointing 8GB of RAM. If you want the 12GB RAM of the S21 Ultra, you'll need to spend money on more storage – the 256GB, 512GB, and 1TB versions all come with 12GB. Samsung's excuse for the reduction in RAM ranged from the benefits of the RAM Plus feature (which works a little like virtual memory) to the new version of Samsung's OneUI software being more memory-efficient than its predecessors.

It smacks a little of cost-cutting to us, which is a shame in such a premium device.

Other than memory and storage, the processor (including a Neural Processing Unit that runs twice as fast the preceding S21) keeps things ticking along at an impressive pace atop Android 12. However, the cameras covering the back corner of the phone are the stars of the show.

The four snappers are a 12MP ultra-wide, a 108MP wide, a 10MP 3x optical zoom, and a 10x optical zoom camera. Selfie fans also get a 40MP front camera. There is also a bewildering variety of camera modes, most of which we doubt normal users will go near.

In our time with the phone we found it coped with low-light scenarios admirably, although the 10x optical zoom was occasionally a bit blurry. 100x digital zoom is possible, although even the best AI processing in the world can't avoid some inevitable image deterioration.

We're not so sure about the pop-out pen. The Note was a neat bit of kit and had its fans, but the pen seems overkill for the Ultra and struggles to elevate itself above the category of gimmick. Then again, when one is dropping so much cash on a device, one wants all the gimmicks one can get. 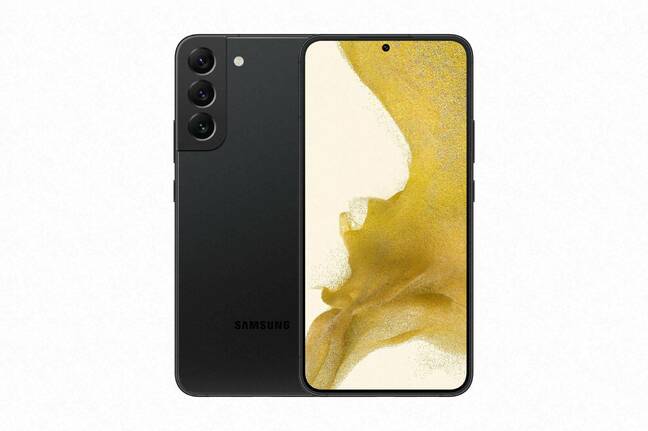 The S22 is a bit cheaper at £999 for the 6.6" screen with 8GB of RAM and 256GB of storage, going down to a more reasonable £769 for a 6.1" screen, the same RAM and 128GB of storage. It also is snappy in use, even if some of the impressive optics of the Ultra have been ditched. Gone is the 10x optical zoom (a 3x optical zoom remains), the 40MP front-facing camera is down to 10MP, and the wide camera drops to 50MP. We found it a perfectly acceptable device if not particularly head and shoulders above its peers. 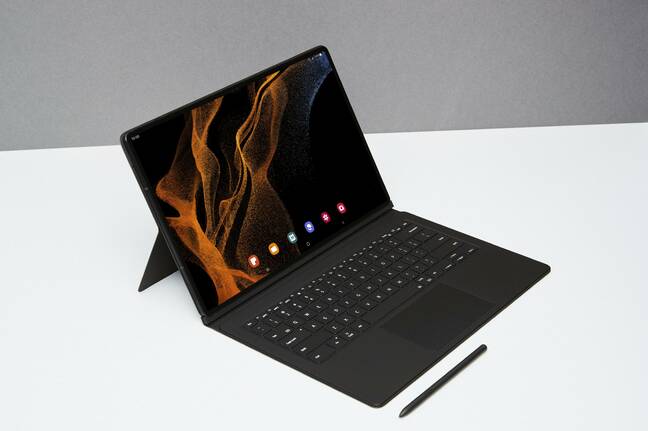 You can specify a Tab S8 Ultra to 512GB and 16GB of RAM for £1,399 (replete with 5G), should the urge so take you, or go for the base-level Tab S8 at £649 with 8GB of RAM and 128GB of storage. All are pleasant enough in use, and the ability to use the tablet as a second monitor with touchscreen capabilities has a certain appeal.

However, with Apple's iPad Pro starting at £799 for the 11" version ($999 in the US) and Microsoft's Surface Pro 8 from £899 (and $1,099.99 in the US), Samsung has its work cut out with the Tab S8 range. The pen (which was a delight to use even if the magnet to secure it to the tablet was decidedly weedy) and keyboard are very much cost-extra items, as with the competition.

The keyboard itself comes in two sizes, matching the dimensions of the S8 and S8+, and starts at £119 for the S8 without a trackpad, rising to £189 with trackpad in S8+ size. A representative for the company told us that an Ultra keyboard would cost £299.

Unlike the phones, the tablets can accept external storage via microSD card. Also unlike the phones (and the S8 and S8+), the S8 Ultra is blessed with a distinctly Apple-like notch at the top of the screen to house the front-facing cameras, something Samsung attributed to the very thin bezels it had gone for in that model, but not chosen for the smaller screens.

Of Samsung's refresh, Forrester VP & principal analyst Thomas Husson noted the window of opportunity open to the tech giant before Apple gets in on the act with its own updates later in the year, remarking: "The S22 Ultra is a gem of technology and the new S22 range offers strong improvements in camera innovation and overall performance.

"It's interesting to see how Samsung is leveraging AI technology behind the scenes to improve customer experience."

Husson also noted the use of recycled materials in the devices and packaging.

However, while such drives are all very laudable, other steps such as making devices more repairable and batteries easier to swap would likely make a far greater difference than repurposing discarded fishing nets. Still, it's a start. ®