The RPG Greetings, traveller, and welcome to The Register Plays Games, our monthly gaming column. For this edition, we're back in MMO territory and, yes, Amazon is involved.

Amazon Games' New World was a huge launch for the fledgling studio, but a few months down the line and the new MMORPG* hotness was coming apart at the seams. Gaping code oversights, show-stopping bugs, and fixes that broke other systems tested players' patience to the limits. New World crashed from a peak of almost a million concurrent users five months ago to not quite 20,000 as I write. 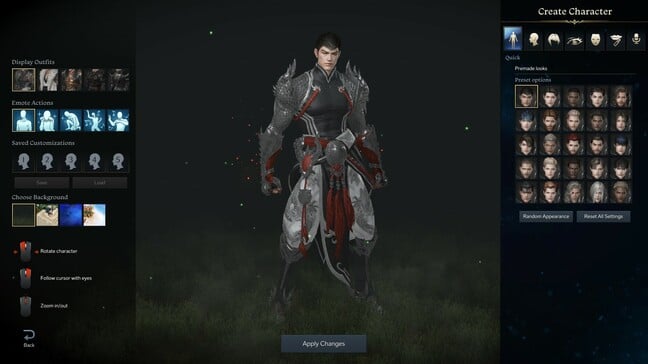 On the other hand, New World is in its infancy and potentially has years of shelf life left – as long as the hardcore keep logging in and the devs can iron out its many issues. But Amazon, it seems, had another project waiting in the wings, almost like a contingency. Taking on publishing duties, Bezos' bunch released Lost Ark on 11 February with Korean developer Smilegate RPG. 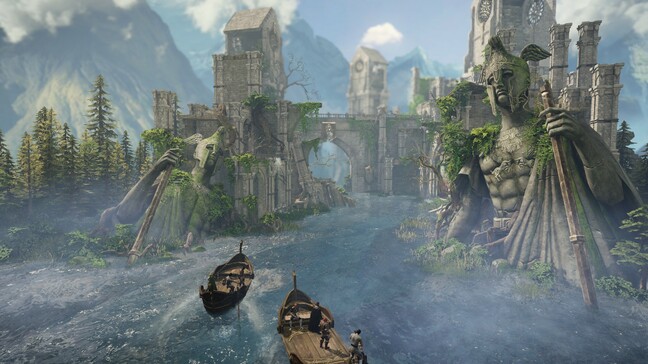 The graphics, to be fair, are pretty

Lost Ark has been out since 2019 in South Korea, where it is enormously popular thanks to its free-to-play business model. Following a Russian launch last year, the isometric MMO has now come to Western shores with three years of refinement behind it – so it's little surprise that the game peaked with 1.3 million concurrent players (admittedly many of them queuing for hours to get in), making it one of the most-played titles on Steam. 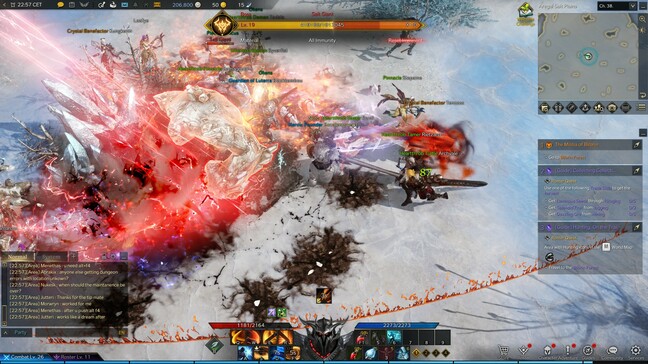 The above paragraph contains one serious red flag – free to play – because often it just means pay to win. Full disclosure: I chucked about 40 quid at Lost Ark before launch for a founders' pack, about the same amount I would on most new games, and honestly there didn't seem to be much by way of perks that really benefitted me during the leveling stage. From what I can tell, and by asking people in-game, it seems that most of this comes into play during the endgame. 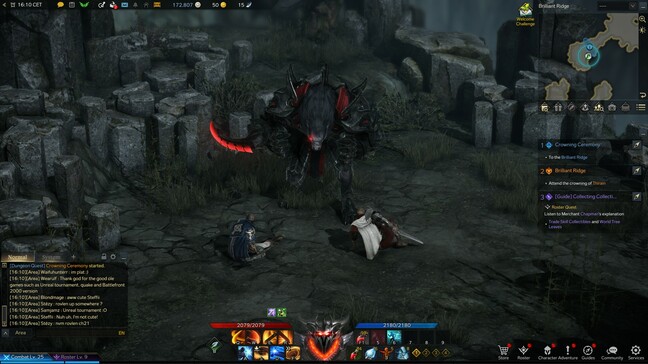 The bigger they are the harder they fall

Otherwise Lost Ark is free, and remarkably well made at that. Which means the question is whether it sounds like something you'd want to check out. So here's the upshot. 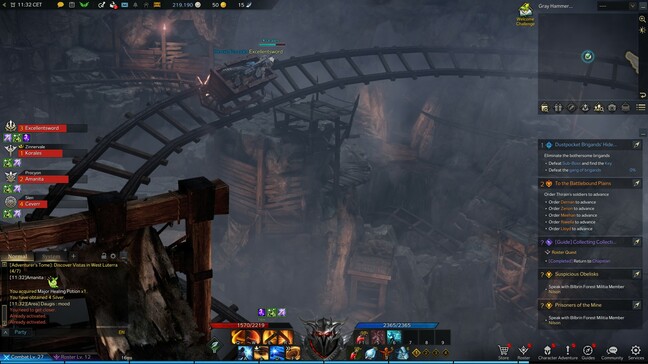 What immediately sets Lost Ark apart from the MMO pack is gameplay. As mentioned, the action takes place from a fixed-camera isometric perspective. Ring any bells? Yeah, Blizzard's Diablo III is the single most obvious influence on how Lost Ark feels. Movement is controlled by left-clicking or holding down and moving the mouse, which may feel awkward to many but those familiar with the Diablo series shouldn't have much of a problem. 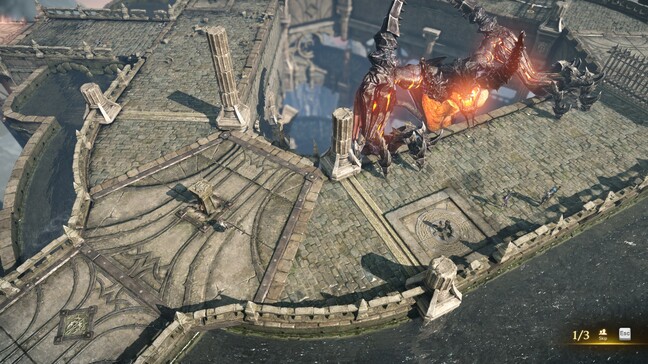 You then have your combat abilities bound by default to QWER and ASDF, which are fired off against enemies as you move around the battlefield, and you start out with six that can be tweaked and improved as the character grows, rather than a meagre two to three that have to be spammed during the opening hours. 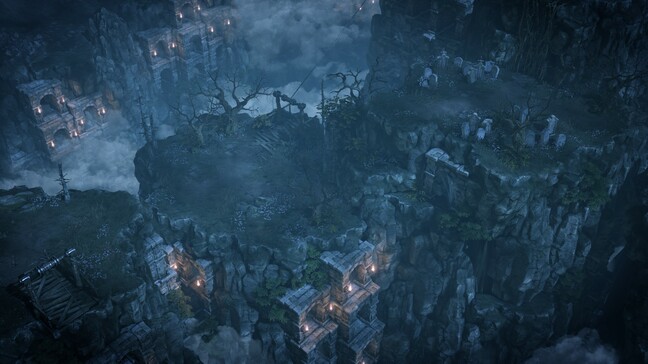 Environments are varied and beautiful

How your character plays depends on the class and subclass you choose, and there's a whole bunch of them. I went with a warrior (berserker) because I'm basic, but before you start the game presents clips of how each class looks and feels so you can select what seems coolest to you. All playstyles are locked to a gender so you can't pick male or female, just class. It should be added that Lost Ark's women are always well endowed and only wear high heels, something that passes muster less and less among Western studios. 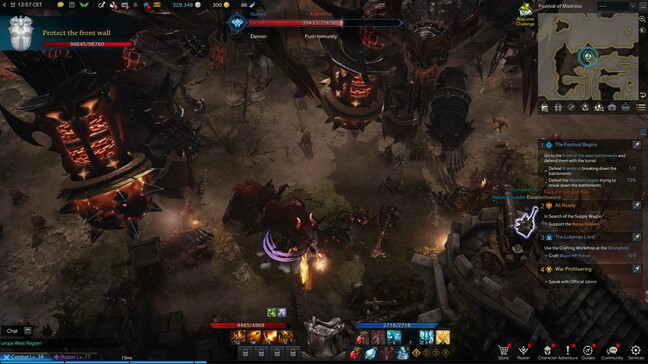 Defending a fortress from a demon army

So how does it work? The fantasy realm of Arkesia is open world to some degree but also not. You can think of each area as a separate dungeon like in Diablo, where going through a specific exit will take you to the next region (once you've activated a "triport" you can also quick travel between areas). But before that you have the standard MMO fare of questing for experience points (XP), which are used to upgrade your character. Naturally, these quests will come in one of a few flavours – go here, kill that; go here, pick up that; go here, yadda yadda. Fortunately, they can be relatively painless, and the combat at least is visually spectacular.

Eventually these quests will lead to instanced storyline events and dungeons with bosses and loot drops that can be completed either solo or as part of a four-player group. Now, here's where Lost Ark deviates again from the MMO formula. Every character is a damage machine. There are no healer or tank classes, which makes things feel… all a bit casual honestly. So you romp through the dungeon, steamroll the bosses, and get gear upgrades. Some are genuinely impressive in terms of environment and boss mechanics, but that doesn't stop Lost Ark feeling too easy. 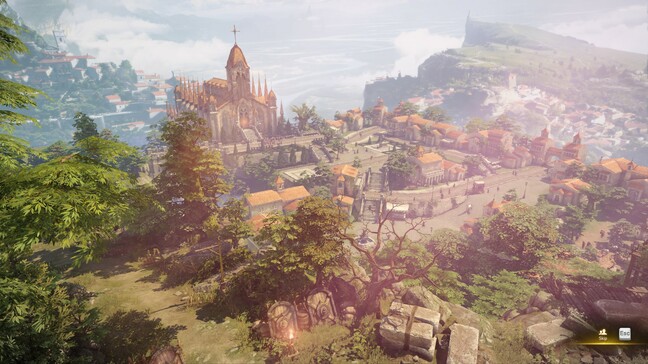 Because the camera is fixed, you rarely see cities from this vantage

You're led through all these areas by the storyline quest, which isn't much to write home about, nor is the voice acting, which seems to be a feature rather than a bug when it comes to games from the Far East. Like Diablo, it's basically "ahhh the demons are coming!" and a race to find the titular arks, magical items that drive out evil. However, Lost Ark does pull off neat cut-scenes and set pieces, something sorely lacking from most MMOs. I especially enjoyed the story arc where you help restore the rightful king of Luterra to his throne, which climaxes in an epic siege battle. Another example is when you man the guns on the walls of a crumbling fortress to fight off a huge demon incursion. 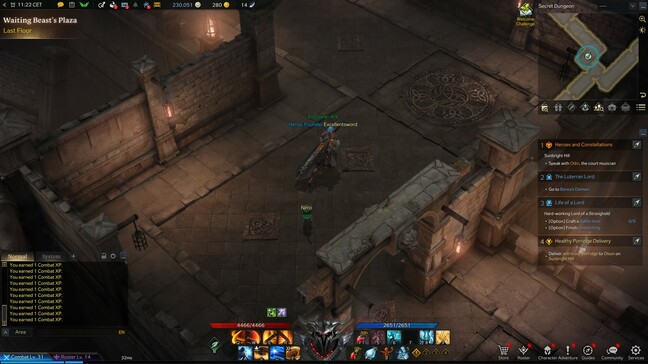 Mobs can drop maps to secret dungeons for extra loot

On the way a mind-boggling amount of systems become apparent. Once you've liberated Luterra, you're given an island mansion with a well-endowed, high-heeled butler where you can craft items and send crews out on various missions for rewards. Then there's the faceting of precious stones that give you bonuses to stats, an infuriatingly random process. Engraving also awards stat bonuses, but not before you've collected all the necessary tomes to learn the process. Each continent has a completion percentage, too, which appears to encourage the creation of alternative characters as you're rarely likely to make it through a region with more than 50 per cent on your first pass.

Then, just when you think you're about to reach the end of the campaign, you're suddenly given a ship to explore all of Arkesia. A glimpse of the vast world map shows just how wrong you are. 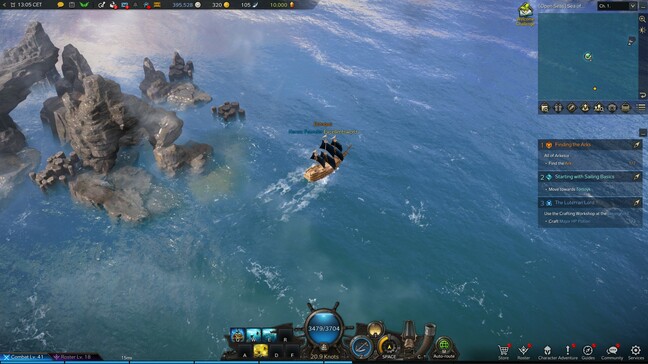 It's true that there is real depth and detail to Lost Ark, but it's somewhat overwhelming, and not helped by the atrocious UI design. While I haven't felt the need to throw any more money at the game as I slowly approach level 50 (cap is 60), I can see premium-currency gotchas lurking at the edges, like where research at your manor can be completed instantaneously at the click of a button. 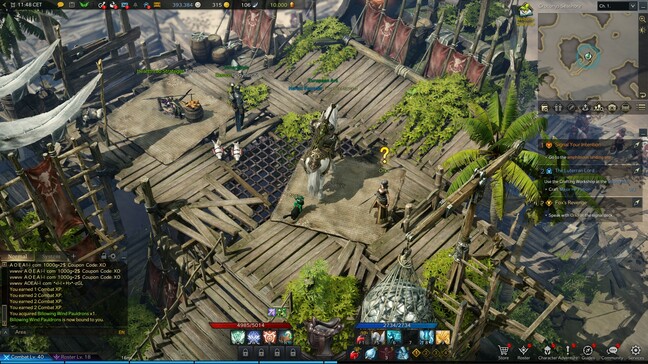 Ultimately, though, Lost Ark feels too easy, too casual, kind of like a mobile game you would play when you're supposed to be doing something else. While combat is a blast, I've rarely felt challenged and the only times I've died is when I wasn't watching my health bar during a dungeon or world boss encounter. It means that all I have to look forward to when I log back in is the gradual creeping of the XP bar. Granted, players keep telling me "you're only at the start of the game", but at this point I'm not sure I want to find out how deep the rabbit hole goes.

However, if you're pining for Diablo with an MMO twist, hey, it's free. Knock yourself out. Just mind the wallet. ®

Rich played a bit of Lost Ark on Twitch as ExcellentSword. Chuck him a follow for more video game impressions as they happen! Every Monday, Wednesday, Friday, and Saturday from around 8:30-9pm UK time.