Apple has filed a patent application for a device that – wait for it – has the computer and the keyboard all in one unit. Mind. Blowing. Except for one thing: isn't that what all computers used to look like?

US Patent Application 20220057845 describes a "computer in an input device", which is but one way of visualising this startling innovation. Another could be as an input device stuck on top of a computer. It's a sort of philosophical conundrum.

So is it an input device with a computer in it, or a computing device with a keyboard "positioned at the external surface"? Is it neither? Is it both? We are left to ponder the profundity and the picture below. 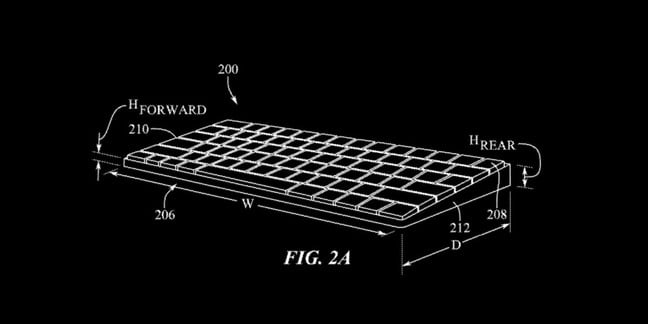 Apple's new computer in a keyboard plan
Click to enlarge

Meanwhile, those of us with more than a little grey around the temples might recall a time when most, if not all, microcomputers – from companies like Commodore, Atari, Sinclair and even Apple – included both the input device and the computing innards in the one enclosure. It doesn't really seem like a thing you ought to be able to patent at this point – especially as it was revived in 2020 as the Raspberry Pi 400.

But Apple's not only revisiting its halcyon youth. As it points out, "Large or bulky computing components have traditionally been needed within computing devices to achieve a desired level of performance," and therefore "Housings for such computing devices were thus constrained to designs including relatively large or uninterrupted internal volumes." 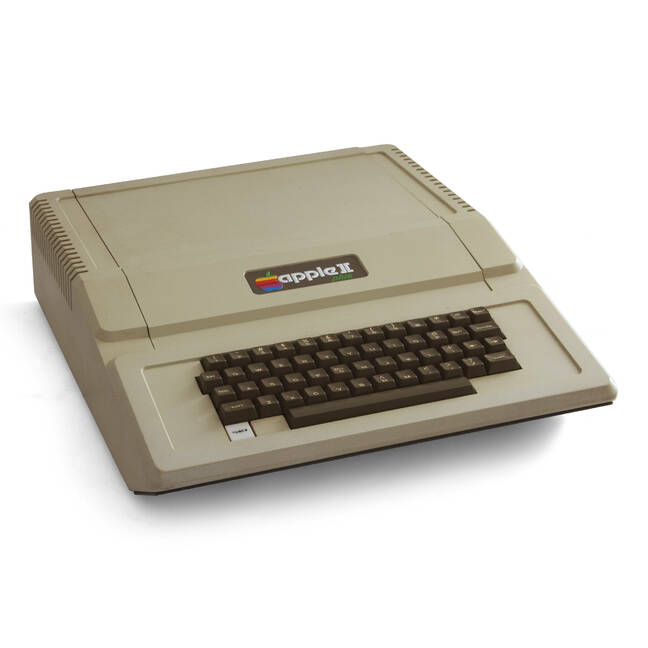 A device with a relatively large internal volume. Click to enlarge

However, "A strong demand for portable computing devices which also deliver high performance has driven miniaturization and reduction in size of the once bulky computing components used to power and drive the devices. … Consequently, further tailoring of housing designs, shapes, and configurations to provide additional or enhanced device functionality can therefore be desirable."

What the fruity folks from Cupertino go on to describe is a device that's basically in the form factor of a present-day keyboard, but contains all the guts necessary for a fully functional computer. It also includes a single port, configured for both power and data (it mentions USB-C, Thunderbolt 3 and Lightning as possible connectors).

Essentially the idea is that you use your computer plugged into a display at work, then fold it up and put it in your bag to take home. At home, you unfold it and plug the single wire into another display and Robert is your mother's brother.

Try doing that with a Commodore 64. ®