StreetComplete told people how they could fund development, now it's not allowed to

StreetComplete, a free Android program designed to help people to contribute to OpenStreetMap, was blocked from Google's Play Store merely for urging users to donate money to the app's development.

In an issue he opened on the project's GitHub repository last month, Zwick noted:

[Google's] policy doesn't seem to make any difference between "in-app-payment" and donations (to FOSS software, at that) except if the donation is for a non-profit (ie tax-exempt) organization...

Some app vendors bypass the Play Store altogether, of course, requiring users to sideload their app – but you need to have a strong incentive, such as needing it for a COVID test result.

StreetComplete used to ask users in its "About" page if they'd like to donate, and offered direct links to GitHub Sponsors, Liberapay, and Patreon, through which netizens could give funds. The Play Store approvals folks rejected that, said Zwick, and so it was replaced with a simple link to the app's homepage on GitHub with an explanation that you can donate from further links from there – but that was rejected, too. 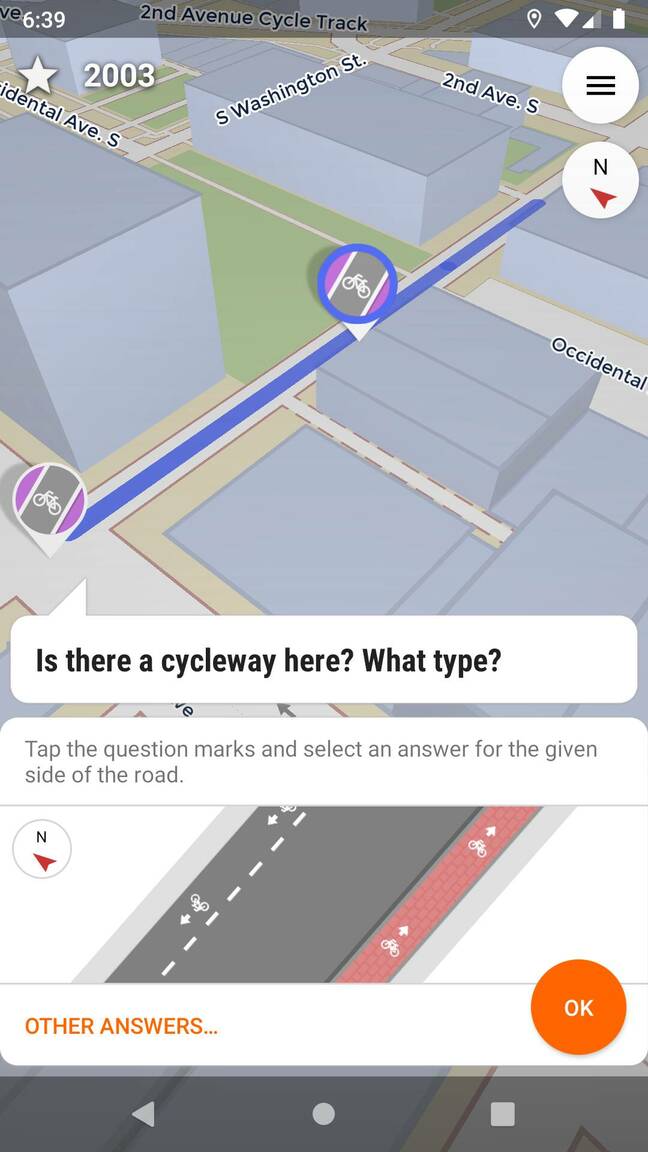 A screenshot of StreetComplete from the project's GitHub page

Ultimately, the project resolved the issue by removing the link and explaining in a dialog box from the "About" app screen that it can't link to any donation system. "The dialog still kind of fulfills its purpose because it kind of makes clear that it is indeed possible to donate (somewhere)," wrote Zwick.

Zwick added he "didn't want to be overly salty in that message because the goal of this dialog is to inform users about that they can donate, not to get users upset about Google."

This isn't a first by any means; the free WireGuard VPN, which is even part of the Linux kernel, has faced similar problems, as has two-factor authentication app andOTP.

Despite Google's protests that it does allow side-loading and other app stores, the company's policies around payments in the Play Store have long faced legal challenges, including in the UK, where the competition regulator has started an investigation into whether Google and Apple's duopoly of the mobile sphere has resulted in reduced innovation and higher prices for consumers.

So far, the company has only backed down in South Korea, which has a law that prohibits it from restricting payments to its own store, whether it's to pay for apps or for in-app purchases. Given the considerable profit potential in these online app stores, there is little motive for any tech firm to surrender without a considerable legal fight.

In the very early days – for example, 2010 – Apple's stores didn't make much money, but that soon changed. By 2014, Apple's Software and Services group segment was raking it in, and still is, despite multiple challenges – including from developer Epic Games, among others.

Apple takes 30 per cent commission of the revenues of apps that appear in the App Store, generously cutting this to 15 per cent if you make under $1m. Google also adopted that policy. By 2020, the app stores of both tech giants collectively were making a shade under $30bn – that's some $20bn for Apple and $10bn for Google. These kinds of numbers make it clear why their proprietors are so keen to protect their revenues – even against pesky charitable donations. ®

Editor's note: This article was revised to clarify that donations via the app would fund the software's development rather than go to OpenStreetMap. We're happy to make this clear.