My parents were not lying to me but… who's the Finn?

Something for the Weekend? Later in life, my father used to make bizarre claims of Russian ancestry, which I put down to his Alzheimer's at the time.

My dad was ethnically Jewish, while my mother was a sweary Scot with a strong and long family line in an embarrassingly proud clan. Enough to be reaching for a "Waving Away The Midges" emoji on Slack.

But were our parents' parents honest with them? Were their parents hiding something?

"You're over-thinking this," said Mme D a couple of months back. "If it really matters, which it doesn't, get yourself DNA tested," she suggested.

Ah yes, one of those ethnicity DNA tests you can get from those online family tree sites! I remember now: my brother-in-law bought one of those last year for a laugh. And it did make him laugh: it told him he was 1 percent Central American.

We've come a long way since the Human Genome Project. When the web was still young, we would willingly allow our idle PCs to join in the distributed computing effort to decode and map human DNA, and we felt all excited about the New Age of science and fellowship this would bring about. We're living in that New Age right now, except it's Bitcoin miners who hijack our PCs to do their distributed dirty work while we get ourselves DNA tested just for a laugh.

Well, I have been known to enjoy an occasional laugh too so Mme D and I duly went online and ordered a pair of DNA testing kits from Germany. (Apparently, selling DNA tests for personal amusement is not yet permitted in France, which is surprising since the French authorities have absolutely no problem with citizens using the public postal service to send each other their own turds.)

A week later, we received our kits, swabbed our cheeks and sent back the samples. This was followed by two tedious months of pretending we weren't at all interested while we waited to hear from the lab.

Aaaand… the results are in.

I'm not expecting any surprises. I'm a fairly dull English white male. Nothing to see here. Whatever ethnic culture I have inherited is probably extremely uncool; hopefully not of the sort that needs to be toppled into a river by an angry mob.

Except, it turns out I am not English after all. My DNA lab test has classified me as 78 percent Scottish, Irish or Welsh. I am, mostly, a Celt. 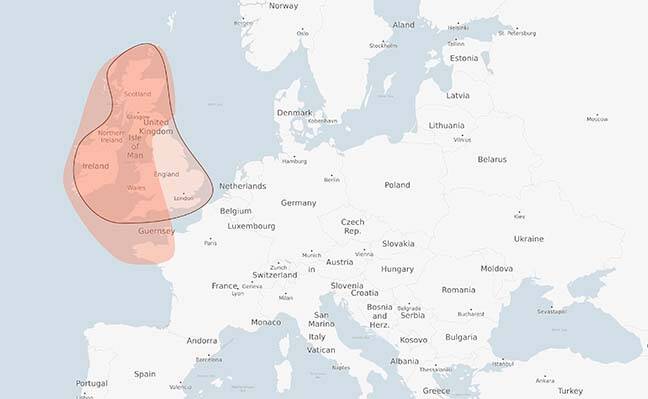 The black line indicates where the British Isles are for those feeling geographically challenged. The darker red patch indicates the source of most of my DNA. Thanks, Mum.

This changes everything. As an English person, my historical heritage would have included a rasping evocation of everything evil in the world. As a Celt, I hear the mental echo of a romantic hymn of mystic culture, repression, and resistance.

What about the other 22 percent? Ah, now that's where I got my laughs. Let's begin with the Baltic states. My DNA reckons 8 percent of me has its roots there. Great for those pub conversations in which I can announce: "Would you like to see a screenshot of my Baltics?" 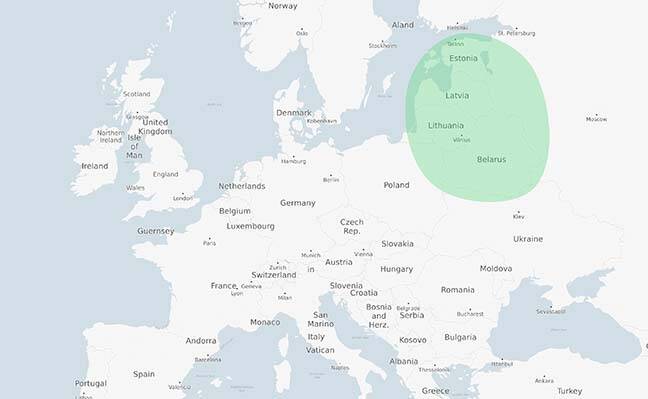 Just look at the state of my Baltics

I fear in the current political climate this may push me back into uncool territory. I'm practically Russian, according to this map. Having fished my cultural statue out of the river, the angry mob looks set to turf it back in again and ban me from watching this year's Eurovision Song Contest. Except… 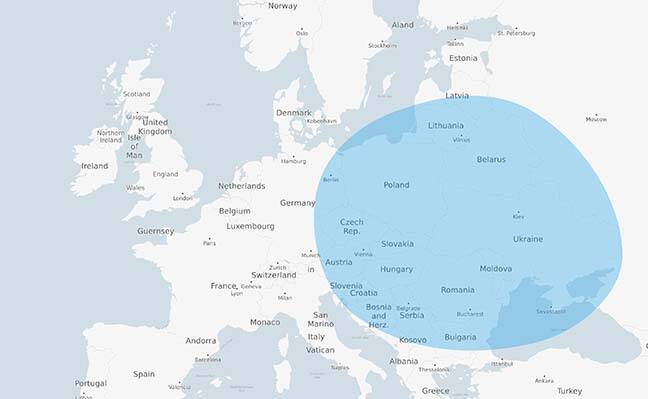 Whoa, that's quite a big area: the whole of Eastern Europe

…another 7 percent of me has been assigned to a wider stretch from the Czech Republic to Ukraine. Together with the Baltic regions above, I am 15 per cent trending Eastern Europe. What's going on? I have absolutely no Slavic family history. Unless… 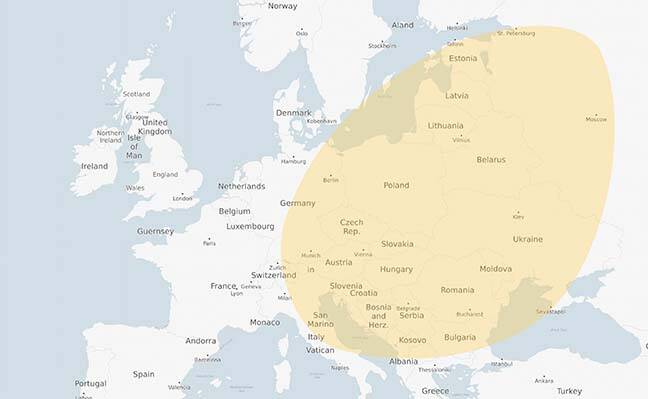 And there we have it: moving from pogrom to pogrom

Ah. This map is labelled "Ashkenazi Jewish", of which I am 5 percent. It's basically the previous two maps combined. I guess they had to move around a bit. Thanks, Dad. I think I know which 5 percent they're referring to, even though it was surgically separated from me while still an infant.

The DNA report says I may have a trace element of English-German-Dutch ethnicity but the trace is too slight to be considered reliable. Not only am I more Celtic than English, I am effectively more Jewish than English too.

But, hang on, what's this at the end of the report? 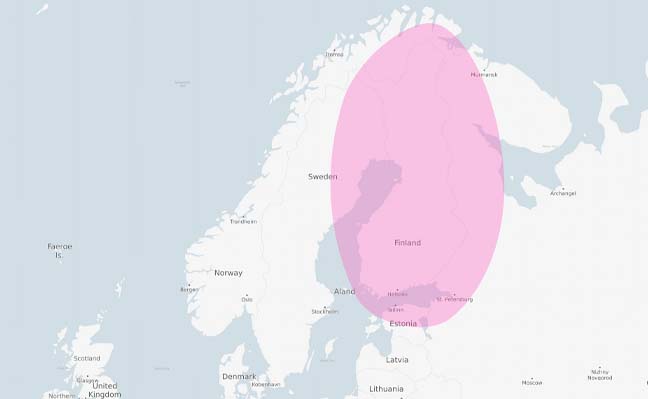 1 percent comes from Finland, but maybe not from me

"Me too," comes the reply as she turns her laptop screen towards me. According to the map, she is 1 percent Finnish just like me – despite her remaining 99 percent being resolutely Mediterranean.

Hmm… rather like how her brother was found to be exactly 1 percent Central American, come to think of it. Thus the seeds of doubt are sown alongside those of my Scots-Ashkenazi parents. Sure, a €60 DNA test comes with an acceptable margin of error that my HGP-supporting self could only have dreamed of in the 1990s. But 1 percent Finnish accorded to both of us despite our unmistakably different ethnic roots is quite a coincidence – and curiously specific.

Some of you may still remember the very swift impact that DNA mapping had on criminal cases from the mid-Noughties onwards. Cold cases suddenly became red hot; perpetrators who thought they would never be found out were duly traced; DNA became an indisputable magic fingerprint for law enforcement and the justice system.

But do you remember the case of the so-called "phantom of Heilbronn"? With the help of its DNA testing labs, German police were able to determine that one woman's DNA had been identified across 40 crime scenes, implicating her in at least six murders over a period of 16 years. They ruthlessly hunted her down, eventually cornering the suspect, previously unknown to the police – a lowly factory worker in Bavaria.

The factory manufactured cotton swabs; indeed, the very swabs that the police had been using for taking DNA samples.

You've guessed the rest: the factory had been manufacturing swabs for general-purpose medical use rather than analytical purposes. The swabs were adequately sterile but not manufactured in an air-tight, DNA-clean environment. The police had been reading a factory worker's DNA that was already on the swabs used at six – probably unrelated – murder scenes.

Now, I can't help but wonder whether there is a Finnish work-experience dude in charge of opening the incoming post at the German DNA labs where our ethnicity tests were processed. It's not his fault, he's the new kid after all. For all I know, he had to step in at the last minute to replace the Central American exchange student they used to hire.

This is a shame as a trace of Finnish would have boosted my thoroughbred Eurovision credentials by an extra 1 percent. Not to worry, though: every Eurovision entry this year is desperately trying to sound Eastern European in order to win more votes.

Ethnically speaking – and at last I have the data to prove it – I can't lose.

Alistair Dabbs is a freelance technology tart, juggling tech journalism, training and digital publishing. He apologizes for making repeated references to the Eurovision Song Contest, in part to readers in the US who don't know what this is, but even more so to readers in Europe and Australia who do. For the latter, be aware that you have only two months left to book your holiday abroad to escape the Eurovision silliness. He suggests Central America. More at Autosave is for Wimps and @alidabbs.