Brit techie shows us life in Ukraine amid Russian invasion

Pics British infosec pro Vic Harkness traveled to Ukraine to offer humanitarian help – and while taking a break in the western city of Lviv she described to The Register what it's like in the war-torn country.

Harkness, who traveled to Poland with a group of friends to try to help out before crossing the border, is not there to do any infosec work, she explained.

Instead she and her friends hoped to get stuck in with whatever humanitarian work needed doing. While that hadn't panned out quite as hoped, she was able to paint a picture of Lviv for El Reg.

"The main thing is how stoic the people of Ukraine and Poland are in this situation. They're just carrying on, I guess because it's all they can do," she said. 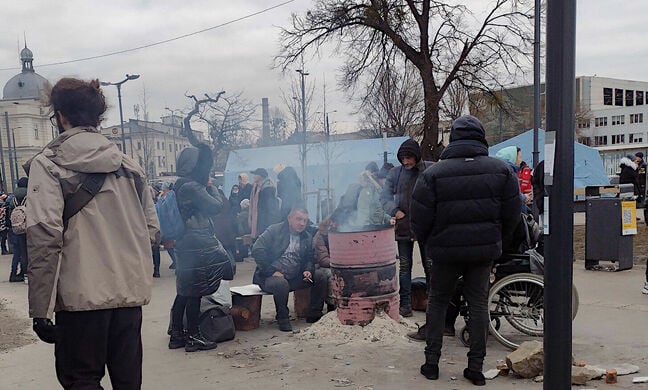 People keep warm around an oil drum fire in Lviv

In the very west of Ukraine, Lviv was the country's sixth largest city by population before the Russian invasion. War has changed the pattern of life there and martial law is in force – including a ban on alcohol sales.

"People are opening their homes, businesses, etc to migrants," Harkness said. "It's like there's one big family here."

Despite the "increase in military bods and lots of checkpoints," the city still feels "quite chill."

"There's a curfew at 10… Some of the more nationalist shops will also ask to see your passport to enter, and sometimes pass a metal detector wand thing over you," she added. 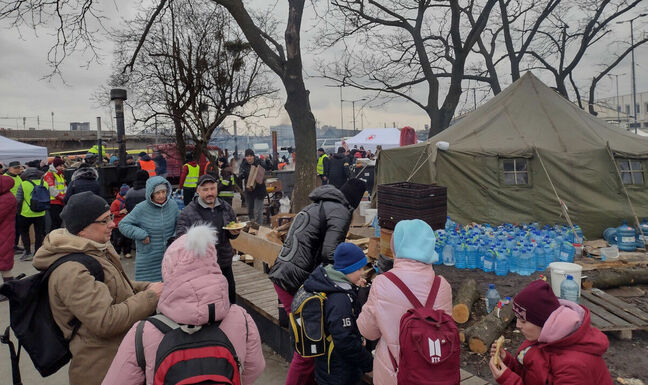 One good idea from Westerners was to book Airbnb accommodation in Ukraine (without traveling to the country) as a way of sending money to ordinary Ukrainians. This was a great gesture of solidarity from the West but had an unintentional side effect, according to Harkness.

"You basically have to keep refreshing the apps and book within 30 seconds of it appearing on the site," she explained. "Places like gyms have been converted to places for people to stay. We tried to help some migrants find a room, but no joy."

International politics is a hot topic, naturally. "When people realize we're English, they take the piss out of [UK Prime Minister] Boris Johnson. He's doing so little to help… because of how difficult it is for migrants to get in [to the UK]."

In literally ten minutes my life went from watching desperate people boarding trains in Ukraine, on the news, to welcoming six of them into my home. From grandma to 3 year-old.
My heart breaks for every one of them. #StandWithUkraine 💙💛 🇺🇦 pic.twitter.com/2Z38HwAh2p

"Seeing the Polish and Ukrainian handling of it has been amazing," said Harkness. "There's a real sense of comradery. People are doing their best to help each other, and to keep the world ticking over. [Shops] are [under]staffed, so the staff remaining work longer hours to make sure it's still operational… It feels like everyone here wants to do their part, and we saw the same sentiment in Poland."

Locals are still registered to pick up rifles and defend their homes: "Every day there's a crowd at the point where defense volunteers can enlist."

Weather plays a large part in the lives of Lviv's temporary population, Harkness continued. The Red Cross is providing humanitarian support to refugees and others while temperatures lurk "in the minus Celsius a lot" with Harkness having seen "tens of thousands" of people at the city's central railway station trying to get out. 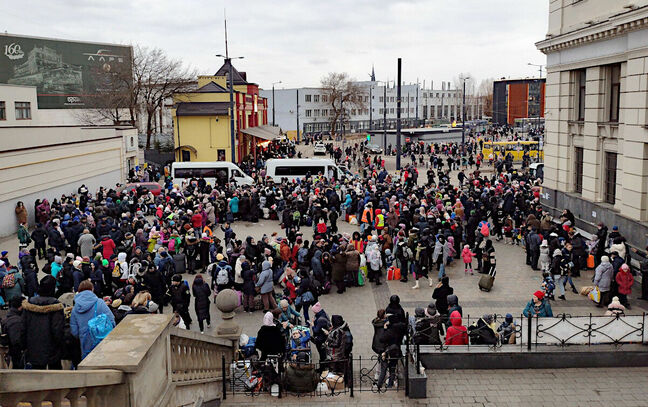 Not all is deadly serious, thankfully: "We also keep seeing Jehovah's Witnesses trying to recruit with signs."

Shelves in shops are gradually emptying, she continued, and iodine pills have sold out "as people fear nuclear war."

In the past week Russia cut external power sources to the Chernobyl power station, prompting international condemnation and a heated debate about whether cooling ponds used for storing spent nuclear fuel would heat up. Some feared that unless electrically powered cooling was restored, the water would evaporate – and decaying fuel rods would start emitting radioactive material directly into the atmosphere.

Meanwhile, NATO countries are keeping their support for Ukraine confined to small arms, ammunition, and man-portable weapons such as the UK's NLAW anti-tank missile. A Polish offer of MiG-29 fighter jets via a US airbase in Germany was rejected this week. 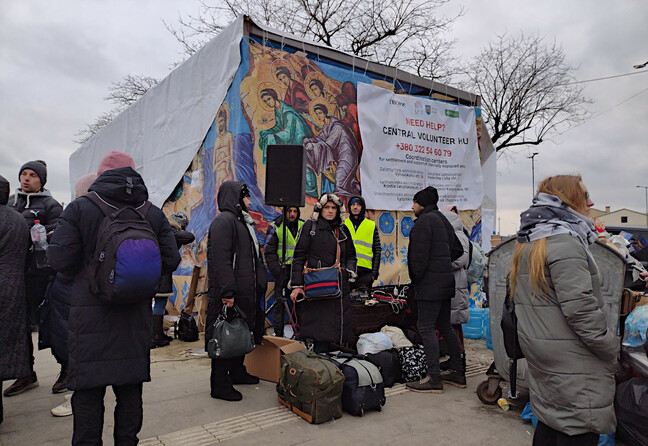 Having had her offers of help in Lviv politely declined ("Honestly there isn't much I can do to help in practical terms. They mainly need people with language skills. All the basic non-people stuff seems well covered off"), Harkness said she was intending to get on a bus to Hungary.

With that in mind, El Reg asked, what has she achieved by travelling to Ukraine?

"I'm not sure what people will make of me really," she observed. "Everyone we met Poland side told me I'm a nutter for doing this and [I'm] going to die. People Ukraine side are like 'oh cool'."

"I went to Ukraine in 2015 and was amazed by the Ukrainian spirit after the Crimea invasion. I wanted to help, though I didn't know how... And so I came. No regrets coming here."

The language barrier has been her main problem. While Google Translate has helped her get by, it is obviously not a substitute for the fluency needed to slot into local aid efforts. 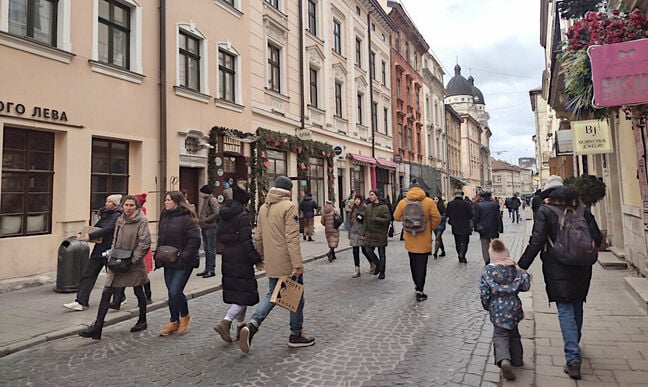 People try to carry on as normal in Lviv

"I think that being here is useful, though," Harkness continued. "People are very interested, it seems to have shocked people a lot that this is happening. It's part of why I came here – news coverage was stressing me out, and I felt helpless, especially with the UK not doing much to help.

"I hate the 'Keep calm and carry on' slogan that was on every bit of clothing or home furnishing ever a bit back, but it does seem to be how things are going. Ukraine won't bow down to Putin. This is their country, and they won't be bullied out of it." ®

All pictures in this article © Vic Harkness