Pieter Abbeel may not be a name you know, but you've probably heard of his work

This year's ACM Prize in Computing is going toward a machine learning specialist whose work, even if you haven't heard of him, is likely to be familiar.

Pieter Abbeel, UC Berkeley professor and co-founder of AI robotics company Covariant, was awarded the prize and its $250,000 bounty, which is given to those in the machine learning field "whose research contributions have fundamental impact and broad implications."

Abbeel is a professor of computer science and electrical engineering whose work has already received some recognition. Along with this new award, he was named a top young innovator under 25 by the MIT Technology Review and won a prize given out to the best US PhD thesis in robotics and automation. 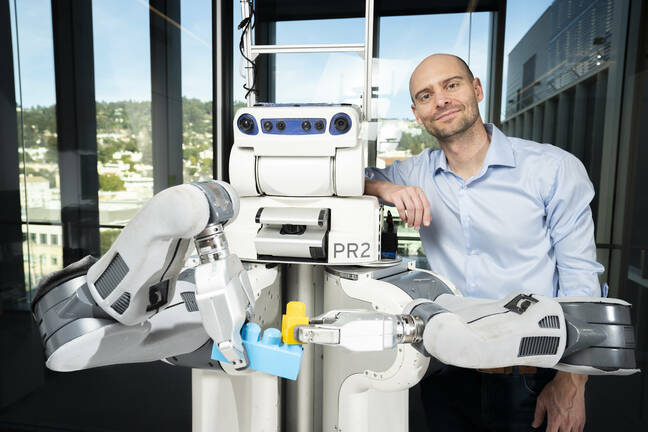 ACM said Abbeel was a trailblazer in apprenticeship and reinforcement learning, and highlighted a clothes-folding robot he designed that was better able to manipulate deformable objects. He also contributed to the development of machines that could tie sutures and detect object trajectories.

Covariant, Abbeel's company, has also made breakthroughs, including in 2020 when it developed a robotic arm able to sort equipment faster than humans can.

Deep reinforcement learning enables AI to learn more quickly with less prior knowledge because it's able to learn from abstract, unstructured data more effectively. The approach was used in high-profile applications like learning to beat humans at Go, Chess, and Poker, and others involve improving social media notifications and training self-driving cars.

Deep reinforcement learning is alternatively held up by some as a paradigm of machine learning and an impractical process unable to accurately duplicate reality.

Google software engineer Alex Irpan wrote in 2018 that deep RL suffered from its characteristic need for a very large amount of data to generate results, something that it may not have the advantage of in real-world applications. ®