In brief OpenAI's image-generation model DALL·E 2 may be fun to play with but it exhibits common stereotypes, biases, and can create NSFW pictures making it risky to deploy in the real world, experts have warned.

"Without sufficient guardrails, models like DALL·E 2 could be used to generate a wide range of deceptive and otherwise harmful content, and could affect how people perceive the authenticity of content more generally," the upstart admitted. "DALL·E 2 additionally inherits various biases from its training data, and its outputs sometimes reinforce societal stereotypes." 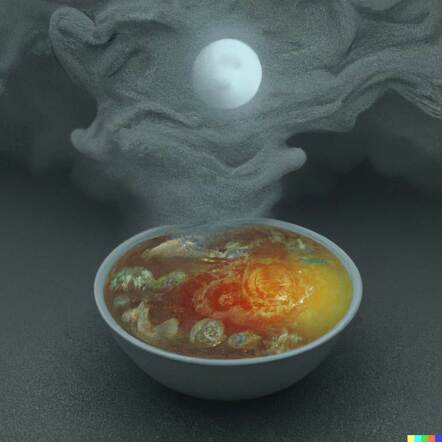 Given the prompt containing the words "flight attendant," for example, tends to skew the model into producing images of women, whereas "builders" will show mostly men. But that's not the only concern, according to The Guardian.

Trained on images scraped on the internet, DALL·E 2 can sometimes create works that include trademarked logos or characters leading some to question if it will raise copyright issues in the future.

DALL·E 2 is only available to select developers and artists right now for testing purposes. OpenAI wants to see how the tool behaves and assess its level of risk before it is made available as a commercial API like its text-generation system GPT-3.

Can AI express its understanding of the physical world with text?

"The main challenge here is, how can a machine align those different modalities?" Liu said in a statement. "As humans, this is easy for us. We see a car and then hear the sound of a car driving by, and we know these are the same thing. But for machine learning, it is not that straightforward."

Liu and his colleagues trained a system to ingest raw data and encode features from the sample into an array of numbers. These data points represent different words describing a specific action. Trained on a limited number of videos, the model can choose between 1,000 words to describe it. For example, it should correctly label a video with the verb "crying" if it detects the sight and sounds of a baby sobbing.

AI lacks knowledge of the real physical world if it is limited to processing one type of data, like text. The researchers believe that by giving machines the ability to recognize objects and express concepts in language, it'll one day help robots better understand their environment. You can read a paper describing the project here.

Indie music platform Soundcloud has acquired Musiio, makers of machine-learning software that promises to automatically listen to songs and predict whether they'll become popular or not, it announced this week.

Musicians can upload their tracks to SoundCloud, and some have managed to attract attention and win record deals. The site is less curated than other mainstream platforms like Spotify or Apple Music; listeners have to explore more to find music they like. SoundCloud is hoping Musiio's tools will make this process easier.

"SoundCloud hosts more music from more creators than any platform on the planet," its president said in a statement. "Acquiring Musiio accelerates our strategy to better understand how that music is moving in a proprietary way, which is critical to our success."

Musiio has built a neural network capable of processing audio tracks to extract features from a particular song, analyzing things like its tempo or energy to automatically label its genre and sound. These, in turn, can help auto-curate playlists based on songs Soundcloud listeners already like helping them discover new artists they might have never come across before, it's claimed. ®