When it comes to web giant's multi-story facilities in this specific spot, we're haters

Residents in rural Culpeper County, Virginia, aren't letting Amazon build a datacenter without a fight, so they've sued the county to stop the project.

Culpeper County's Board of Supervisors voted 4-3 in early April to rezone 230 acres of a 243-acre equestrian center and working horse farm to light industrial use so that AWS could build [PDF] a pair of six-story buildings that cover 445,000 square feet on the site, along with an electrical substation.

Speaking to the Culpeper Star-Exponent, the six neighboring families that filed the suit largely argue that the datacenter would be an eyesore that would ruin the countryside. Unfortunately, eyesores aren't always legally actionable; zoning laws, however, are. 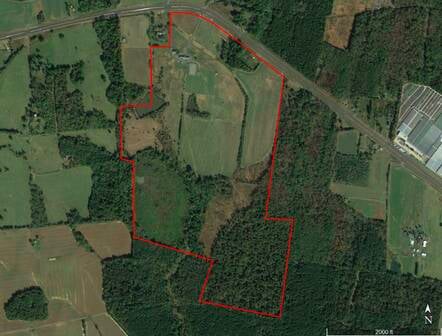 The area to be developed, maybe. Source: Amazon

On Tuesday, six households with property around the proposed datacenter location filed a lawsuit arguing that the rezoning vote was an illegal application of "spot-zoning," a practice that rezones a small piece of land surrounded by property reserved for a different use. They argue that the county's 2015 land-use plan makes the supervisors' vote illegal.

Chip Russell, one of the plaintiffs that spoke to the Star-Exponent, told the American newspaper he doesn't necessarily want Amazon not to build in Culpeper – just not in the middle of farmland. Russell pointed out that Culpeper has five technology zones where facilities like an Amazon datacenter would be perfectly at home.

"We've asked but have never gotten a good answer as to why they won't build on existing industrial land in the tech zones," Russell told the Star-Exponent.

The Register has reached out to members of Culpeper County's Board of Supervisors, Amazon, the Culpeper County offices, and the law firm representing the plaintiffs who filed the lawsuit; we'll let you know when we hear anything substantial back from them.

The supervisors did say why they cast their particular votes when they approved the rezoning, and their reasons fall in line with the expected: datacenters can be a big deal economically. Datacenter projects bring blue-collar and high-tech jobs to rural areas, revitalize economies, and provide extra tax revenue.

But a Time story from August indicates the promises of datacenters don't necessarily reflect reality. Jobs created during construction vanish with the end of a project, and technical workers the publication spoke to said they were locked in a cycle of temporary positions that never turned into permanent offers.

Amazon's proposal for rezoning stated it expects to need 45 people per building in three shifts to maintain the facility once construction is complete, though it said only around 32 people would be present on-site at any given time. ®