The day the music died … was probably 2007, when the iPhone made standalone music players redundant

Apple has ended production of the last remaining version of the iPod – the iPod Touch.

A May 10 announcement broke the news gently, referring to the iPod Touch being available "while supplies last".

Apple pointed out that the iPod's core function – storing truckloads of songs in a portable device – has long since migrated into its smartphones, tablets, and wearable devices.

That the iPod's day had passed was already evident from the fact that the iPod Touch has been the only model in the range since 2017.

But the iPod was very fun while it lasted. The first model, introduced in 2001, was a classic Apple product in that it took an idea that others had already tried – MP3-based portable music players – and made it physically more elegant and usable. Apple was sued by some makers of those devices, but either licensed their patents or paid them off.

The iPod quickly dominated the digital market – not least because it was also superior to portable Compact Disc players, which needed a laser to read the medium and therefore chewed through batteries at a faster rate than the portable cassette players that preceded them. Synchronization with the iTunes software – which at the time really was mainly focused on tunes – made it easy to manage large music libraries without juggling physical media.

The iPod's built-in battery offered hours of playback on the run, and its 5GB of storage meant it could hold 1,000 songs in a package far smaller than a CD wallet. 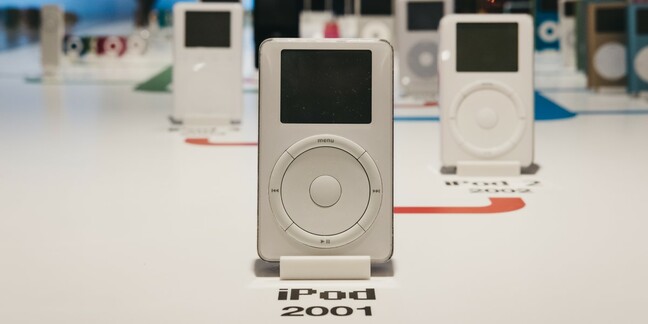 Apple determined that the iPod was a consumer electronics product, not a computer of any sort. The device was beautifully packaged and merchandised and marketed as an expression of youthful freedom.

Mainstream retailers could find few reasons to worry about the product, even if the FireWire interface required by early models was not common.

The device became an object lesson in how tech companies could crack the consumer market, as celebrated in the video below that contrasted Apple's approach to Microsoft's less successful marketing.

Competitors came after Apple, but their iPod alternatives were almost always more laughable than notable. Microsoft's "Zune" music player was an embarrassment to rank with its "Bob" desktop-for-dummies. 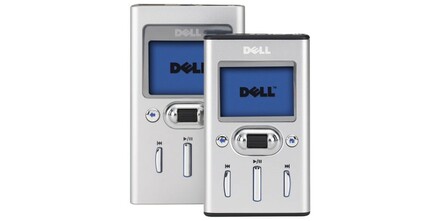 Apple did make some missteps. FireWire, which was both too fragile for a device to be used while jogging and almost exclusively available on Macs, was eased out in favor of USB. Once the devices included color screens, Jobs resisted allowing them to play video on grounds the displays were too small, before relenting. But once Apple ironed out those kinks, and connected the iPod to the iTunes Store so that ripping CDs was not the main way to load music, the product became a cultural touchstone. Though the iTunes app that moved music to the devices was always more fiddly than would have been ideal – particularly the half-hearted Windows version.

But the poor Windows app may have helped in other ways, because the iPod turned plenty of buyers on to Apple's Mac computers.

iPod hacking and the 1.8-inch revolution that wasn't
Early iPod models used 1.8-inch hard disks – a new low for the devices (in a good way) that briefly had enterprise computing companies excited about what might be achieved with a few tens of gigabytes in very small spaces.

Very small laptops used the devices, but reliability and capacity were both poor.

Your correspondent experienced the untimely death of an iPod disk. The telltale clicks of a broken part presaged its untimely demise. But by then the market for third-party accessories had grown to the point at which an adapter to connect CF Cards to the iPod disk socket had become available. Using a guitar pick to prise open my iPod - the recommended method - I was able to add flash storage and watch the device miraculously reinstall its OS.

That CF card was just 128MB, leaving space for a handful of songs. But it worked and held enough stuff to keep my then preschool-age kids entertained while a new 40GB iPod took over the stereo.

Apple diversified the product into a smaller package that used solid state storage – the iPod Nano – and pulled off a classic Steve Jobs reality distortion by creating the iPod Shuffle that made a virtue of offering almost no user interface and instead playing songs at random.

Later models could run apps, culminating in the iPod Touch, which was essentially an iPhone shorn of mobile data functions. The device found a niche as an interactive museum guide, but the museum at which we first spotted it in that role has since replaced it with an app that fulfils the same function – helped by COVID-19 which has made it inadvisable for the museum to hand out devices touched by many hands.

Apple sold around 450 million iPods over the last 21 years – about thirty percent of current annual shipments of smartphones, the overwhelming majority of which include apps that do almost everything the iPod could do.

This writer is pretty sure he knows which drawer his last iPod inhabits – it's too pretty to throw away – and will be sure to take the 40GB model out for some nostalgic listening this coming weekend. ®