AI chips are sucking down 600W+ and the solution could be to drown them.

Intel this week unveiled a $700 million sustainability initiative to try innovative liquid and immersion cooling technologies to the datacenter.

The project will see Intel construct a 200,000-square-foot "mega lab" approximately 20 miles west of Portland at its Hillsboro campus, where the chipmaker will qualify, test, and demo its expansive — and power hungry — datacenter portfolio using a variety of cooling tech.

Alongside the lab, the x86 giant unveiled an open reference design for immersion cooling systems for its chips that is being developed by Intel Taiwan. The chip giant is hoping to bring other Taiwanese manufacturers into the fold and it'll then be rolled out globally.

As the name suggests, immersion cooling involves dunking components in a bath of non-conductive fluid — mineral oil and certain specialized refrigerants being two of the most common — as opposed to using heat sinks or cold plates to move heat away from the chips. Intel claims its novel ideas on this established technology could reduce datacenter carbon emissions by 45 percent.

While the individual components and servers consume a substantial amount of power, keeping them cool accounts for upwards of 40 percent of a datacenter's energy consumption, he explained. "Simply reducing the energy consumption is a really big part of what liquid cooling and, more specifically, immersion cooling brings to the table."

Beyond, curbing energy consumption, these technologies offer several ancillary benefits. One is a substantial reduction in water usage, while another is that liquid cooling is just better than air at moving heat away, and can even be reused for things like district heating, Beran said.

Bytesnet, for example, recently announced plans to recycle heat generated by its datacenters to warm thousands of homes in the Groningen district of the Netherlands.

One of the driving forces behind Intel's latest datacenter sustainability efforts is a trend toward ever higher power consumption by upcoming CPUs, GPUs, and AI accelerators.

Over the past few years, the thermal design power (TDP) commanded by many of these chips has more than doubled. Today, modern CPU architectures are pushing 300W, while GPUs and AI chips from Intel, AMD, and Nvidia are now sucking down 600W or more.

As these systems proliferate and find their way into mainstream datacenters, liquid or immersion cooling will eventually become unavoidable, not just to keep these systems from overheating, but to offset their exponential power consumption, Beran explained.

He highlighted one datacenter that adopted immersion cooling not because they were thermally bound, but because it enabled them to reallocate much of the power used to cool the systems to additional compute density. And this is how Beran expects most datacenter operators will approach immersion cooling in the near future.

"If you transition from a traditional rack air cooling system, to an immersion cooling system, you could just use less power," he said. But "I don't see many too many instances where folks say…'We have enough compute, we're just trying to cool it more efficiently.'"

More often than not, operators are running into trouble getting enough power into the rack, Beran added. 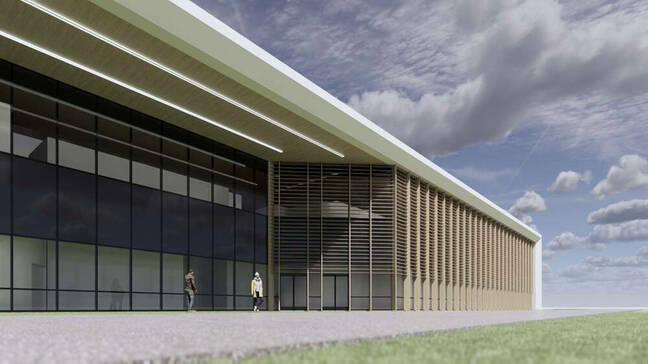 "They play a really important role in developing technologies that are compatible with immersion cooling," he said. "It has the potential to have a massive impact because they can influence the server OEMs, like Dell or HPE, in terms of how they sell their products and the type of cooling infrastructure needed to support those products."

"Now they are designing products that will be born in liquids and born in immersion cooling," Beran added.

This is important because liquid and immersion cooling requires completely different form factors than what's used in air cooled datacenters today. This unfamiliarity remains one of the technology's biggest inhibitors.

The unknown is scary and many datacenter operators don't yet have a playbook for how to handle the various issues that can crop up in liquid and immersion cooled hardware. One of the most common concerns, Beran said, is associated with the tech is weight distribution, though it's rarely a problem.

"A big facility like this, a big playground if you will, where you can go and actually see this infrastructure firsthand, dip your toes in the fluid so to speak, understand how these systems operate in a datacenter like environment, has tremendous value to the industry," he said of the Intel lab. ®