Best hedge against a slowing PC market? Take some design tips from Apple

Dell has pulled the lid off the latest pair of laptops in its XPS 13 line, in the hopes the new designs, refreshed internals, and an unmistakably Apple-like aesthetic of its 2-in-1 approach can give them a boost in a sputtering PC market.

Both new machines are total redesigns, which is in line with Dell's plans to revamp its XPS series. Dell users considering an upgrade will want to take note, especially those interested in the XPS 13 2-in-1: There is quite a bit of difference, for both enterprise and consumer folks.

The XPS 13 maintains its form factor – for the most part – but gets a new smooth aluminum chassis that makes it look more like a MacBook Air than ever. Not that that's necessarily a bad thing: the new design is reportedly lighter and thinner, too.

Internally, the XPS 13 is completely different from its predecessor. Its new motherboard is 1.8x smaller than the previous model – Dell said it's "the smallest motherboard ever created and fitted for a Dell PC." The additional space results in "an XPS 13 that is thinner and lighter, yet better sounding, high performing and long lasting," the company said.

Those dissatisfied with previous hardware limitations in the XPS 13 model will be pleased to hear options have returned, and the XPS 13 has far more going for it than the disappointing specs of previous years. A fully kitted-out XPS 13 packs a 12th-gen Intel Alder Lake i7 processor; 16GB of memory and a 1TB SSD. The entry level model has a 12th-gen Intel i5; 8GB RAM; and a 512GB SSD. Battery life is reportedly 12 hours for an i5 and 11 for an i7 model. 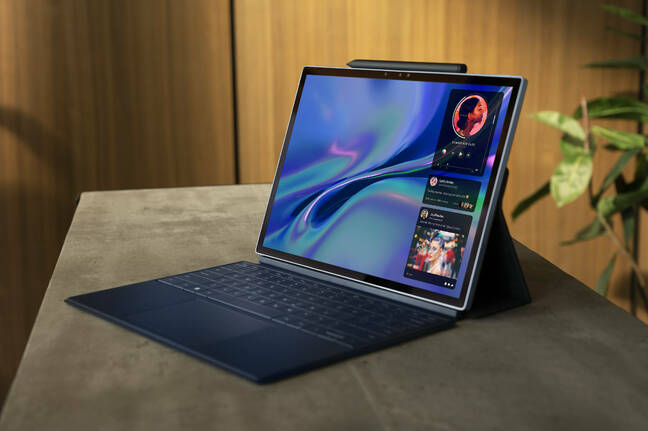 Turning to the new XPS 13 2-in-1, it's very reminiscent of an iPad Pro. Gone are last year's 2-in-1's 360-degree hinged laptop; in its place sits a tablet with a magnetically attached keyboard akin to the Magic Keyboard for the iPad, and a pen-like stylus that magnetically clips to the top of the device… just like an iPad.

Specs-wise, the XPS 13 2-in-1 has generally the same options as the XPS 13, the major exceptions being a model available with 5G alongside WiFi 6, and a touchscreen. The 5G model sports a Gorilla Glass 7 back panel which Dell said eliminates 5G signal interference.

Whether or not a tablet-like redesign of its 2-in-1 will succeed remains to be seen: Data from Canalys released early last month showed that both PC and tablet sales were declining so far this year.

Pricing and availability for the XPS 13 2-in-1 is still unknown, though Dell said it will go on sale sometime in the summer of 2022. ®