The Linux Mint XApps suite of cross-desktop accessories has a new member – the Timeshift backup tool.

Timeshift is akin to Windows System Restore in that it automatically keeps backups of system files. It's not Mint-specific and was originally developed by Tony George. That name might sound familiar as we recently mentioned his company TeeJeeTech as the creator of the original Unity-based remix, UMix.

TeeJeeTech is busy. The company develops other tools, including the BaqPaq personal backup tool, and a new meta-distribution of Xubuntu called Zinq.

According to the Mint team, George "had to stop developing Timeshift to focus on his other projects."

Since there's been no 22.04 release of UMix, we're guessing that Zinq has effectively replaced it. Like Xubuntu, it's based on Xfce, but with neither Snap nor Flatpak, and a native .DEB-packaged version of Firefox. We suspect that will capture quite a few people's interest. 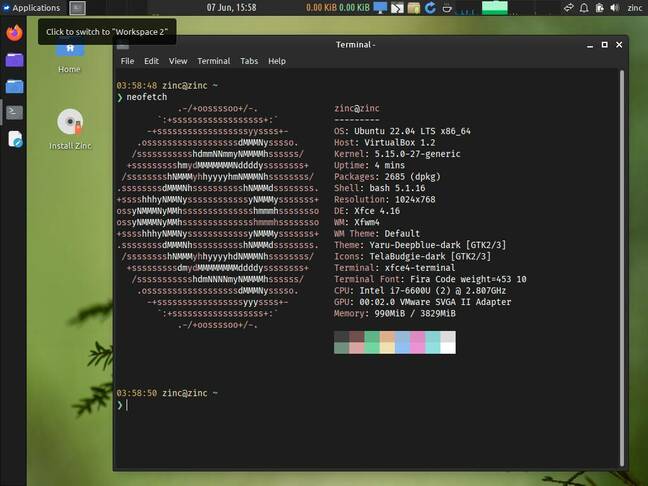 Timeshift will now become one of the Linux Mint project's XApps, a suite of cross-desktop accessory apps with a traditional title-bar-and-menu user interface, as opposed to modern GNOME apps' menuless, combined-toolbar-and-titlebar "Client Side Decorations" look and feel.

The blog post also mentions another new XApp, a Bluetooth manager called BlueMan. This replaces Blueberry, a wrapper around the GNOME Bluetooth Manager.

To quote from Lefebvre's blog: "Starting with version 42 GNOME Bluetooth is no longer compatible with Blueberry. Blueberry would need to undergo significant changes to work with it. There is also frustration upstream from the GNOME Bluetooth development team who simply does not want to have users from other desktops than GNOME and so Blueberry will probably get discontinued."

The idea behind the XApps is that their traditional UI and use of Gtk3 will make them equally suitable for use with Cinnamon, MATE, Xfce or Unity, and thus reduce those desktop teams' workload of maintaining multiple different text editors, calculators, image and document viewers, and so on. ®