Lenovo has inked an agreement with Spain's Barcelona Supercomputing Center for research and development work in various areas of supercomputer technology.

The move will see Lenovo invest $7 million over three years into priority sectors in high-performance computing (HPC) for Spain and the EU.

BSC-CNS director Mateo Valero said: "This research collaboration will generate significant returns for the region, not only human and scientific, but also technological and economic."

Signing on behalf of Lenovo was Kirk Skaugen, EVP and President of Lenovo's Infrastructure Solutions Group. Skaugen was previously at Intel, where he headed up its Datacenter and Connected Systems Group, and later the Client Computing Group.

On the chips side, Lenovo and the BSC-CNS will be working as part of the European Chips Act and the Spanish government's PERTE (Strategic Projects for Economic Recovery and Transformation) to help drive European competitiveness and self-reliance in semiconductor technologies.

The BSC-CNS is already involved in the Laboratory for Open Computing Architecture (LOCA) project, which is designing and developing RISC-V chip technology within Europe. The inclusion of Lenovo in this project will boost progress towards this objective, according to BSC-CNS, which recently announced the creation of a joint laboratory with Intel to develop European chip technology.

To address the need for more sustainable and energy-efficient supercomputers, a group headed by BSC-CNS researcher Julita Corbalán will investigate better ways of saving energy within infrastructure, such as software for energy optimization and management. This will incorporate new technologies developed by Intel using algorithms recently created by Corbalán's team. This is necessary because some supercomputers consume about 25MW of energy, equivalent to that of a medium-sized city.

In the area of precision medicine, the partnership will focus on supercomputing to drive understanding of the spectrum of human genomic variation and the role this plays in the development of diseases. An increase in the production of genomic data of late has resulted in petabytes of information to analyze, and this calls for the use of HPC resources, such as those of the MareNostrum supercomputer at the BSC-CNS. 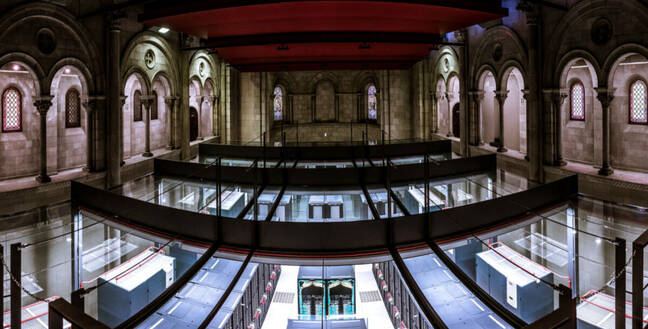 MareNostrum, the main supercomputer in the Barcelona Supercomputing Center, is hosted in the deconsecrated Torre Girona chapel on the Polytechnic University of Catalonia campus

To speed things up, the BSC-CNS team led by researcher Miquel Moretó will study genomic analysis algorithms to design new accelerators to be integrated into HPC platforms that will boost the efficiency of these highly sophisticated analyses in future.

Lenovo, which acquired IBM's x86 server business in 2014, saw the first full year of profit for its Infrastructure Solutions Group in fiscal 2022. The unit reported an annual profit of $6.7 million on $7.14 billion revenue. Annual revenue for the whole of Lenovo reached $71.6 billion, a year-on-year rise of 18 percent, and net income grew to $2.03 billion from $1.178 billion. ®