Windows 11 22H2 is almost here. Is it ready for the enterprise?

The Start Menu has been tweaked, but Smart App Control will appeal to the security conscious

The second coming of Windows 11 is almost upon us. Is it worth chancing an upgrade? We took a look at the latest release preview of 2022's take on Microsoft's flagship operating system.

Windows 11 launched in October 2021 with some controversial changes. The first was a considerably reduced list of compatible hardware (compared to its predecessor, Windows 10). The second was a redesigned user interface that seemed pretty much guaranteed to enrage customers still smarting from the Start Menu fiasco of Windows 8 and 8.1.

But hey, the window corners were rounded (sometimes) and you didn't really care about the fact that a right-click on the taskbar no longer gave a task manager options, did you?

It is fair to say that the operating system has not been a roaring success for Microsoft (as evidenced by OS usage stats – despite the company bravely insisting the uptake has been excellent), but it is early days and enterprises were always likely to steer clear until the first major update (even without the draconian hardware requirements, which rendered large portions of companies' existing hardware fleets obsolete).

With the shift of the code to the Release Preview channel of the Windows Insider program, and its arrival on Windows Update for Business, a release is looming. The question is, considering Microsoft's drip-feeding of minor updates since release: What is new this time around?

The good news, for enterprises at least, is that the answer is not that much. At least, not much that is likely to frighten the horses. However, that means there is also not much to tempt the holdouts.

While the hardware requirements (for a recent CPU and TPM hardware) remain in place, despite a slightly embarrassing emission earlier this month where it appears somebody at the company's Redmond HQ forgot to switch on the CPU check, the controversial new Start Menu has been updated. Apps can now be pinned into folders and it is possible to see either more apps or stick with the recommendation view. 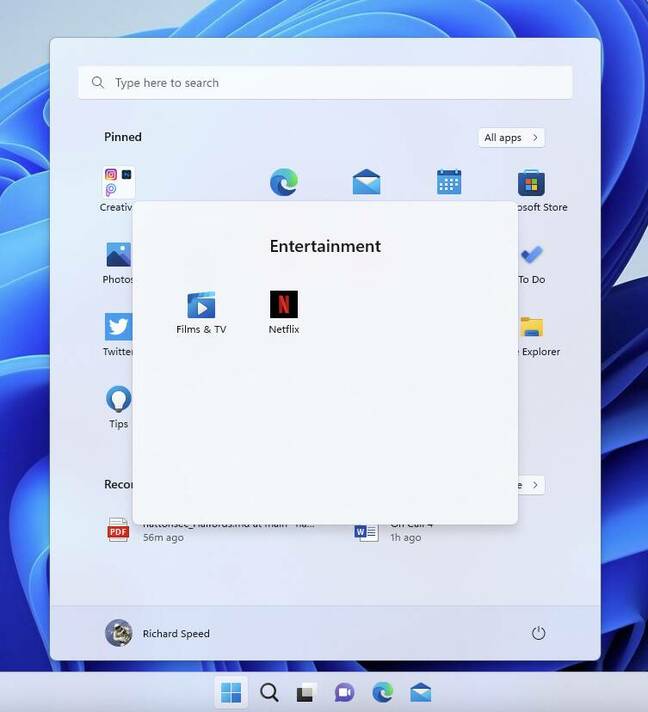 Unfortunately, functionality taken for granted by Windows 10 fans remains missing in action: dragging and dropping remains severely limited and third party options (such as Stardock's Start11) are needed to restore some of what Microsoft has decided you don't need in Windows 11.

The upshot for enterprises is that users will still need retraining before venturing near the user interface – for reasons known only to Microsoft.

As well as updates to the Start Menu itself, Microsoft has also added some gestures for touchscreen users – swipe up to display the start menu, swipe left to show all apps and swipe right to return to pinned apps. It's an improvement, but all feels like window-dressing compared to the complaints of users missing the days of Windows 10.

Other user interface changes include window snapping improvements and something distinctly cosmetic in the form of a volume control to dispense with some of the last vestiges of the Windows 8 era.

The Windows team has already overhauled the veteran Task Manager application (the changes are mostly cosmetic), although the efficiency mode that can be turned on for processes will be of interest to administrators looking ways of conserving energy without resorting to actually suspending background processes.

Similarly, Windows 11 22H2 will also try to install its updates when the local electricity supply is coming from renewable sources, assuming it has access to data feeds with that information. From an enterprise standpoint, one would hope that an administrator has an organization's fleet under sufficient control.

One of Microsoft's justifications for its hardware compatibility list was security, and lurking in Windows 11 is Smart App Control to stop users running untrusted or unsigned applications (although you'll need a fresh install of Windows 11 to use it – after all, an existing install could already be compromised) and an improved Windows Sandbox with ARM64 support.

Perhaps more significant on the security front is the final stripping away of SMB1 support (the Home edition is the last to have the protocol removed.) Sure, administrators can pop support back into the platform, but this is likely as good an excuse as any to finally rid an organization of devices that still depend on it.

Slightly more worrying for consumers, however, is that users will require a Microsoft account in order to set up a Windows 11 system. Enterprises and schools will not be affected (since users will already have an account with their organizations) but the change could come as a shock for users accustomed to running locally.

Other useful tweaks in the security administration arena include some new Mobile Device Management (MDM) policies to further control devices, as well as support for Discovery of Designated Resolvers (DDR.)

Finally, there are improvements both in the Narrator (with new voices for the text to speech) and Live Captions, to caption audio coming out of the PC; handy not just for those hearing disabilities, but anyone struggling to focus on audio (although the functionality is English-only for the time being).

Microsoft has not confirmed the arrival date for the second coming of Windows 11. The release is not the big bang of some versions, a reflection of the update mechanism for Windows 11, but still irons out some of the rougher edges.

Administrators have been given more control over the operating system, but for organizations looking at the looming cut-off for Windows 10 support, some training is still going to be required – as well as an explanation for why what might have worked in Windows 10 doesn't work in Windows 11.

And the team at Redmond may not yet be done. A refreshed File Explorer – replete with tabs – recently turned up in the Windows Insider Beta Channel (although has yet to make it as far as Release Preview.) 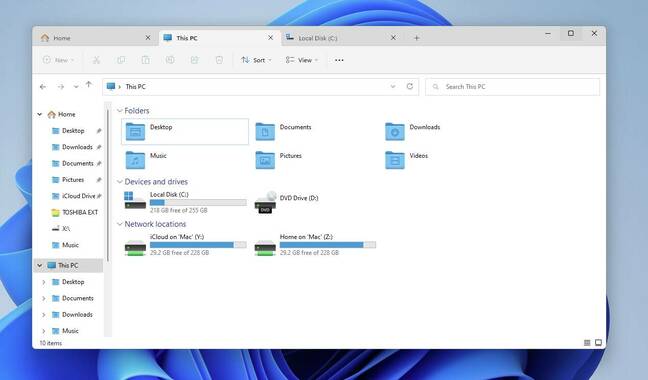 Ultimately, Windows 11 22H2 is likely to be the version that enterprises sticking with the Windows world will adopt. The operating system has had a year in which to stabilize and pretty much any new device will be able to run it without falling at Microsoft's hardware hurdles. And, perhaps most importantly, there is little to cause alarm (at least, not since the initial release.)

Which is, lets face it, just how administrators like it. ®