A piece of Soviet-era physics equipment may be the key to worldwide geothermal energy. 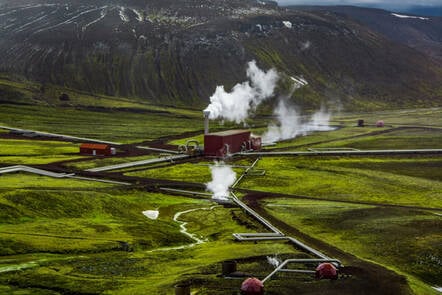 The Krafla geothermal power plant in Iceland, for example, is able to produce 500 GWh of electricity annually. It has a whopping 33 boreholes

According to folks at the International Thermonuclear Experimental Reactor project, the first gyrotron was developed at the Institute of Applied Physics (the Russian Academy of Sciences) back in 1964.

Despite their age, gyrotrons haven't been well publicized in the scientific community, Woskov said. "Those of us in fusion research understood they were very powerful beam sources – like lasers, but in a different frequency range. I thought, why not direct these high-power beams, instead of into fusion plasma, down into rock and vaporize the hole," Woskov said.

Commercialization of Woskov's gyrotron drill comes from Quaise Energy, a company spun out of MIT. Woskov does not work for the company, but serves as an advisor. 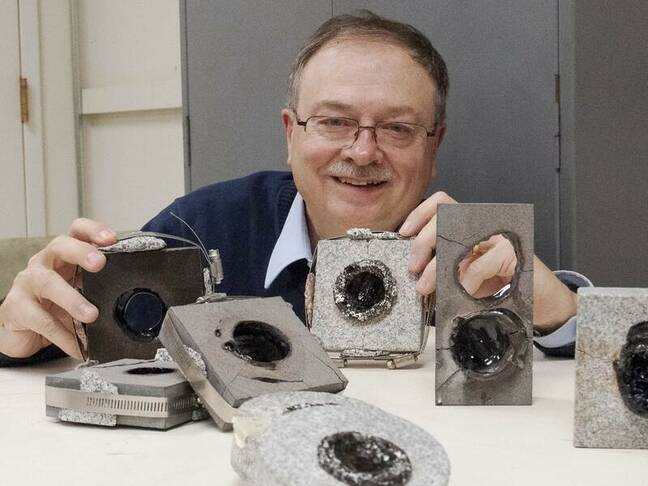 Other forms of renewable energy have rocketed past geothermal in popularity, MIT said today. The reason has nothing to do with the effectiveness of geothermal energy, rather its impracticality and massive expense.

"Geothermal plants only exist in places where natural conditions allow for energy extraction at relatively shallow depths of up to 400 feet (c 120m)," MIT said.

Drill much deeper, and the heat of the Earth's crust wears drill bits out too quickly to be practical.

Quaise's ultimate goal is to repurpose coal and natural gas plants into geothermal generators, but there are two engineering problems that have to be solved before they get there: the gyrotron beam has to be clean, and it has to continually output a high energy density level without breaking down.

Matt Houde, who left geothermal firm AltaRock Energy to found Quaise with MIT investment fund manager Carlos Araque, said that all of the core physics problems have been solved by Woskov, leaving "just" those engineering issues. "It's more a matter of overcoming some of the more technical and cost considerations to making this work at a large scale," Houde said.

By the end of 2022, Quaise wants to have vaporized a hole 10 times the depth of Woskov's lab experiments, and in 2023 it plans to vaporize a second hole 10 times deeper than the first. Houde said the planned depth of the second hole will give the company enough confidence to begin experiments in the field next year too. By 2026, Quaise wants to have an active pilot well that reaches temperatures of 500°C (932°F).

"If we can drill down to 20 kilometers, we can access these super-hot temperatures in greater than 90 percent of locations across the globe," Houde said. ®

Yes, the Chinese will never think of doing something like this, muhaha
Systems27 Jan 2023 | 4