X marks the spot where we could learn more about Earth's early years, too

An international team thinks it has managed to pinpoint which part of Mars a 4.5 billion year old meteorite found on Earth came from.

The rock – known as Black Beauty, or more prosaically NWA 7034 – has intrigued scientists since its discovery in 2011 because it's the oldest Martian igneous rock ever identified.

Finding NWA 7034's origin point wouldn't have been possible without modern supercomputing, which algorithmically narrowed down Black Beauty's origins from some 90 million Martian impact craters to just 17 that met size, age, and geochemical requirements that would indicate a match. The idea being to find a crater that was the result of something crashing into the Red Planet, a smash that spewed a bunch of rock, some of which would have come to Earth as Black Beauty. 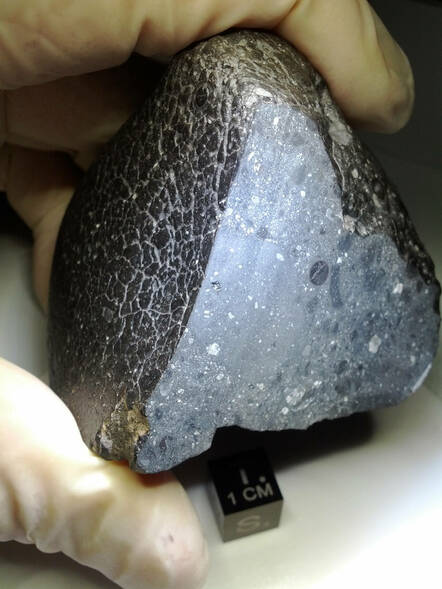 Working with the Pawsey Supercomputing Centre in Perth, Australia, experts at Curtin University in Oz, with help from folks in France, Côte d'Ivoire and the US, managed to narrow Black Beauty's ejection point further to one possible spot: a crater in the southern hemisphere of Mars.

Based on their findings, the team concluded that Black Beauty's crater was the third in a series formed when an asteroid hit Mars some 1.5 billion years ago. That impact formed the 40km-wide Khujirt crater, rocks from which rained down on the Martian surface a dozen kilometers from Khurjirt, forming the Dampier crater.

Dampier, in turn, was struck between five and ten million years ago, forming another crater and ejecting the meteoroid that would eventually become Black Beauty. Dr Anthony Lagain, lead author on the team's Nature-published study, dubbed the crater Karratha in honor of an Australian mining town of the same name.

"I decided to name it Karratha because Karratha is very close to the Pilbara region, where the oldest rocks on Earth are," Lagain told The Guardian.

Because Black Beauty is so old, its origin point is a potential spot to gain insights on planetary formation, the researchers said. The area where Black Beauty was formed "is a relic of the differentiated primordial Martian crust, formed shortly after the accretion of the planet, and … it constitutes a unique record of early crustal processes," the team wrote.

The area, known as the Sirenum province of Terra Cimmeria, "is an ideal landing site for future missions aiming to unravel the first tens of millions of years of the history of Mars and, by extension, of all terrestrial planets."

Regardless of whether a future Mars mission aims for Karratha, Pawsey said work will continue using the same technology employed by the Black Beauty team to match other asteroids to impact sites. With some 300 Martian meteorites found on Earth so far, and 90 million Martian impact points identified, there's plenty of work to be done. ®