Bosch to pour $3 billion into European chip fabs and research

Bosch is set to invest €3 billion in its semiconductor business by 2026 as part of a broader push to boost the European chip manufacturing industry. 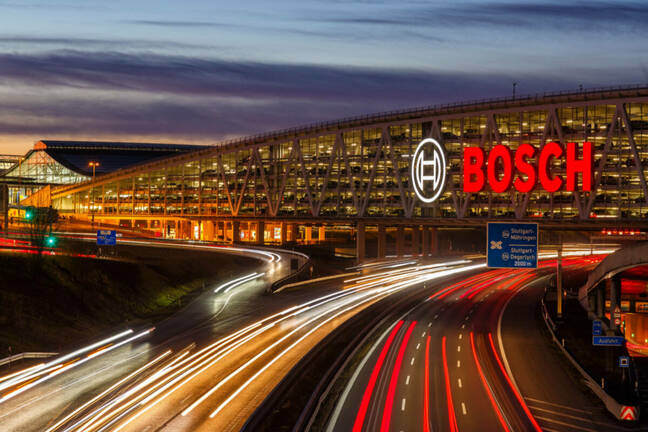 The Bosch parking lot over the A8 outside Stuttgart, Germany

At its Bosch Tech Day 2022, the German engineering and technology company said it plans to build two new development centers in Reutlingen and Dresden, and expand its manufacturing capacity by adding an extra 3,000 square meters of clean-room space to its wafer fab in Dresden.

According to Bosch, the €3 billion (just over $3 billion or about £2.5 billion) funding is coming from the EU and German federal governments within the framework of the European Chips Act, through a newly launched IPCEI (Important Project of Common European Interest) on Microelectronics and Communication Technology that aims to promote research and innovation.

Between now and 2025, Bosch said it will spend around €400 million of its investment pot to the expansion of manufacturing capacity and the conversion of existing factory space into new clean-room space. This includes construction of a new extension in Reutlingen, which will create an additional 3,600 square meters of capacity. The total clean-room space at the facility is set to grow from the current 35,000 square meters to over 44,000 square meters. 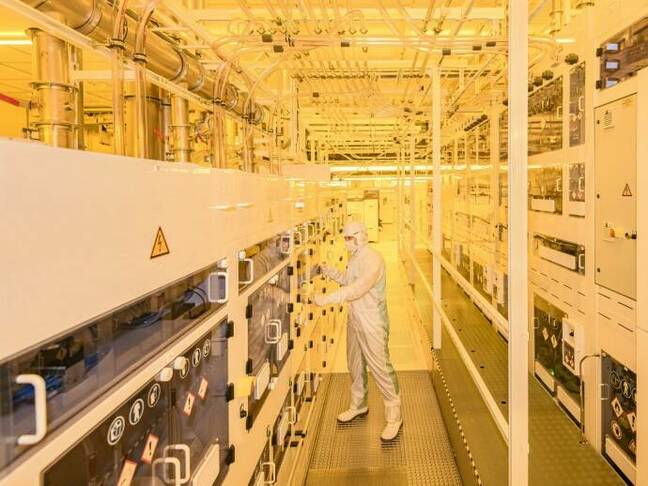 But far from installing cutting edge fabrication processes, it appears that Bosch intends to invest in semiconductors targeting the automotive industry, with production process sizes of between 40 and 200 nanometers rather than the 5nm and 3nm that are now coming on-stream for components like next-gen microprocessors. Given the company’s background, this is hardly surprising, however.

“Europe can and must capitalize on its own strengths in the semiconductor industry,” said Dr Stefan Hartung, chairman of the Bosch board of management. “More than ever, the goal must be to produce chips for the specific needs of European industry. And that means not only chips at the bottom end of the nanoscale.”

This is likely justified because the share of a car’s total value represented by semiconductor components is set to quadruple over the course of this decade, from just under €200 to more than €800, according to Hartung, and Bosch wants its share of this.

Despite this, Bosch says that the investment will also open up new areas of innovation, such as systems-on-a-chip, with an example given being the radar sensors that will be used by autonomous vehicles to scan their surroundings. Bosch said it aims to make these smaller and cheaper to produce.

One area of research is microelectromechanical systems (MEMS) – miniaturized machines with both mechanical and electronic components fabricated using modified semiconductor process technologies – targeting the consumer market. The example given here is a projection module so small that it can be embedded into the frame of a pair of smart glasses, which Bosch said its researchers are developing.

Another focus for Bosch is the production of new types of semiconductors. The company already has experience in manufacturing components from silicon carbide (SiC), the properties of which make it suitable for the power electronics circuitry required for electric and hybrid vehicles. The demand for these is growing at annual rates of 30 percent or more, according to Bosch, and so it will be exploring the potential of other materials such as gallium nitride. ®