The next version of Linux Mint has reached the beta-test stage. The Reg took a look at what's new.

At the start of the week, the Mint team posted beta ISO images for the forthcoming Linux Mint version 21, codenamed "Vanessa". As with every version since Mint 17 in 2014, it's based on the latest Ubuntu LTS version. For Mint 21, that means 22.04, so while this is a beta version, it's built from pretty solid components. The latest Mint blog describes some of the changes, and we also touched on some of them recently when we discussed the Timeshift backup tool.

Also as usual, there will be editions with three different Windows-like desktops: one with Mint's own Cinnamon version 5.4, one with the MATE desktop forked from GNOME 2, and one with the lightweight Xfce desktop.

We tried all three versions in VMs. Mint's installation process is very smooth these days, and all three installed perfectly and worked fine, although they didn't register that they were running inside a VM – not even the Driver Manager did – so no variant offered niceties such as automatic rescaling to fit the window. 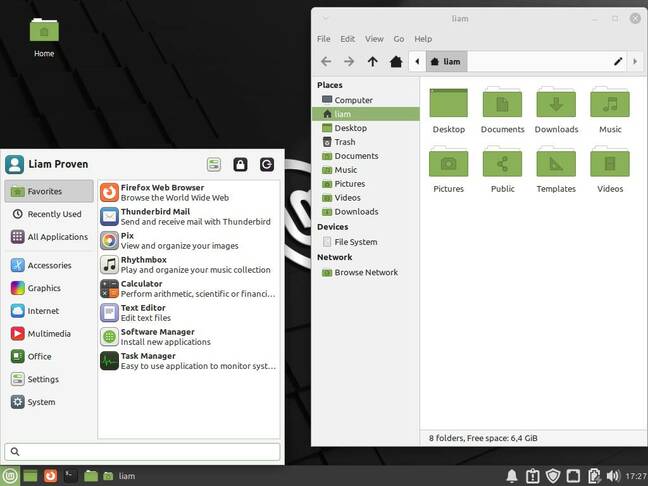 Indeed, what's striking is how very similar to one another all three are. All have the same muted color scheme, more restrained and tasteful than many distros. There's a friendly Welcome screen which makes it easy to change the color scheme if you prefer, and choose overall light or dark modes. This also gives easy access to updates, system snapshots, and other handy tools. One of these is a Software Manager, which includes access to Flatpak's Flathub repository, meaning that it includes useful proprietary freeware such as Chrome, Skype, Teams, and Steam.

It's worth noting that no apps are installed as Flatpak by default, though, as we noted of Mint 20.3 - the most recent release - Mint includes a natively packaged current version of Firefox, direct from Mozilla – unlike Ubuntu and indeed unlike Debian too. It also won't include the systemd-oomd tool, which has been causing problems for other distros. 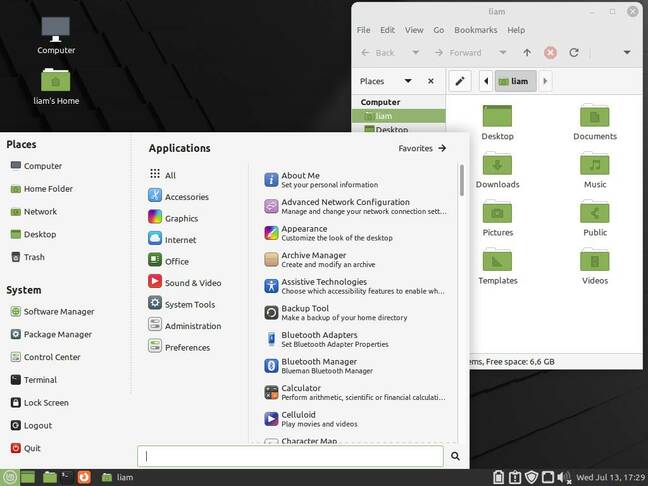 The Xfce edition remains the lightest, but only marginally. We saw it using 556MB of RAM and 8GB of disk when freshly installed and updated. The MATE edition used 571MB of RAM and 8.2GB of disk, only very slightly more, as per this recent resource-usage comparison. Although MATE's progenitor GNOME 2 wasn't a lightweight desktop in its day, that was a long time ago – GNOME 2 is 20 years old. In 2022, MATE and Xfce are closely comparable and both are relatively lightweight by modern standards.

Cinnamon, on the other hand, is a fork of GNOME 3, which uses 3D acceleration and compositing heavily, although thanks to LLVMpipe, it performs reasonably well on a fast 64-bit PC without hardware OpenGL acceleration. Cinnamon is a more complex desktop, and in the Mint 21 beta it uses rather more RAM – 630MB – than the other two, but only 7.9GB of disk.

Although Mint is a mature product and this is based on an LTS version of Ubuntu, all the same, these are beta products. The resource-usage numbers may well change, and it wouldn't be fair to measure performance. It suffices to say that we encountered no show-stopping problems at all with any of the editions. The last few Mint blog posts suggest that the major effort now is going into testing upgrade and update functionality. 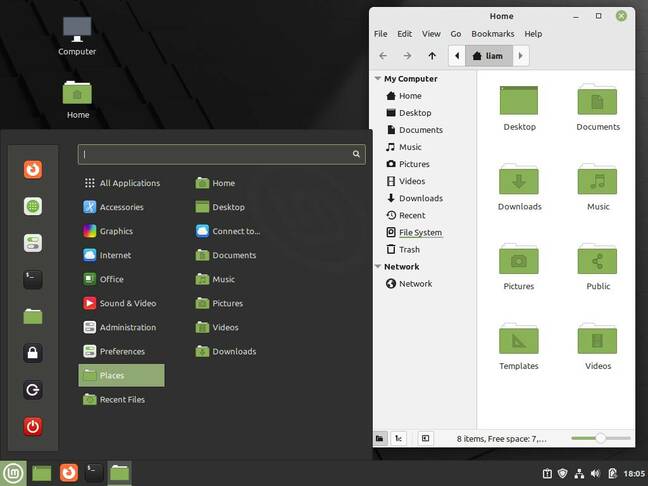 The Cinnamon desktop uses GNOME tech so it's better for hiDPI and fractional scaling, but it's clunkier to customize

There's a lot of overlap between the three desktops, though. Xfce is maybe a little bit more responsive in use, and it handles vertical panels the best of the three. If you prefer horizontal panels, MATE is very customizable and works well. If you need fractional scaling, or different monitors at different scaling factors or refresh rates, Cinnamon handles those better.

Mint 21 is shaping up very well indeed. If you want a no-fuss, no-mess desktop OS, perhaps to replace an old and cruft-ridden copy of Windows or a now-unsupported Mac, it looks very likely that Mint 21 could be it. ®

Pinging search services in the US, China, Russia perhaps not ideal for privacy
Personal Tech26 Jan 2023 | 148