Eben Upton talks to The Reg about the little computer gaining version 1.2 conformance

Updated Raspberry Pi supremo Eben Upton has trumpeted the arrival of Vulkan 1.2 conformance for the Raspberry Pi 4. Vulkan is an abstraction layer – like OpenGL – for game devs working on graphics-intensive apps.

It's quite the achievement both for the diminutive computer and Igalia, the company which has collaborated with the Raspberry Pi team on the open source Vulkan driver for the Raspberry Pi 4 GPU. 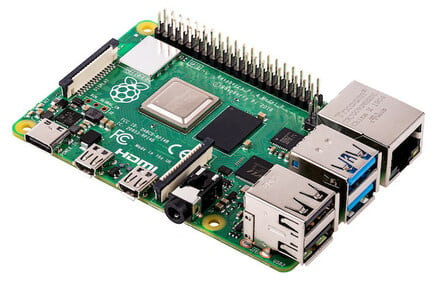 The driver reached Vulkan 1.0 conformance as 2020 drew to a close, also for the Pi 4 Model B, before ticking the 1.2 conformance box last week.

Does this mean users can fire up their Pi and scratch that first person shooter itch? Not without some legwork.

Igalia said: "All the changes required for this have already been merged in the upstream v3dv Mesa driver and will eventually be available in future Raspberry Pi OS updates," meaning that getting the code up and running is not for the faint hearted.

The current release of Mesa is 22.1.3 and the new code is unlikely to show up until 22.2. This means a bit of legwork will be needed for early adopters. If one was curious exactly how much legwork, Liz Upton commented "You'll need a clean install of Mesa from GitHub, and then you'll need to do some high-pitched screaming."

We're not sure about the screaming bit, but it did take more than one attempt for this writer to cobble together something that worked (using KonstaKANG.com's port of LineageOS for the Pi 4.)

We asked Eben Upton when the technology would show up in the Raspberry Pi OS and will update this article with his response. Commenting on his original post, he wrote: "Right now desktop compositing is handled by Glamor, which sits on top of OpenGL, not Vulkan," and added, "The best examples of 'real world' applications for Vulkan on Raspberry Pi today are games running on Android/Lineage."

Gaming-wise the timing is prescient. In Valve's latest Steam hardware and software survey, Linux had crept up to a 1.23 percent market share. Still in the territory of a rounding error when compared to the mighty 97.03 percent of Windows, but closing on the 1.74 percent of macOS.

While the Pi 4 won't be troubling the mightiest of hardware rigs any time soon, the figures do show a steadily growing interest in Linux as a gaming platform. Vulkan 1.2 conformance for the Pi 4 will do that interest no harm. ®

Updated to add on 3 August:

Eben Upton got in touch regarding when the new functionality might turn up in the Raspberry Pi OS: "We do tend to pull forward Mesa releases," he said, "rather than waiting two years for them to show up in the next major Debian release. Probably too late for September's release, so I'm guessing end of the year."

As for where the technology might go, he told us: "It's useful as a more efficient back end for the various standard game engines (notably Unreal)" and noted that the team had been using UE4 examples as a target for Vulkan optimization. Studios investing in bringing games to the platform is a different kettle of fish, "but it's good to have the underpinnings in place."

Moving forward to conformance with the 1.3 standards, Upton said: "We're working towards it: it's a case of grinding away at the pile of unimplemented extensions which go from optional to mandatory in 1.3." He told us he wasn't aware of any blockers on the Pi 4 platform but admitted "Eventually we'll run out of luck and have to wait for a future platform, but not yet."

Finally, Upton commented on the supply situation and when things might start to ease-up. "Definitely not before the first quarter of 2023," he said. "We're seeing some softening in the component market (parts that had insane 104-week lead times coming back down to high but not insane lead times like 35 weeks), but you need every part on your BOM to get to this state before you can really start to recover."

The company has been able to keep OEM customers supplied and kept some units aside for consumers via its Approved Reseller network, "but it's not an ideal situation."