We look at the official flavors, but there are more out there

Alongside the official flavors, some of Ubuntu's other remixes have new 22.04.1 versions out: Unity, Cinnamon, and Kylin.

We looked at Ubuntu Unity and Ubuntu Cinnamon for their 22.04 releases not long ago. The new versions are not big changes so we're not going to re-review them so soon. The main purpose of today's update is to add some more data points to our recent remix roundup.

Kylin is in a slightly different position to the other two. Kylin is very much an official Ubuntu flavor, but it is intended for use by Chinese speakers, especially in the People's Republic of China. It has its own, separate website. The Reg FOSS desk has been experimenting with Kylin for a little while now, and we plan to do a full review soon because the 22.04.1 release is noticeably different from 22.04.

Ubuntu Unity's scores look a little worse than they should for what is, by modern standards, a lightweight desktop. There are at least two valid reasons for this. One is that Ubuntu Unity supports Flatpak as well as Ubuntu's own Snap format. Although no Flatpaks come preinstalled, that does mean it's a little bigger. 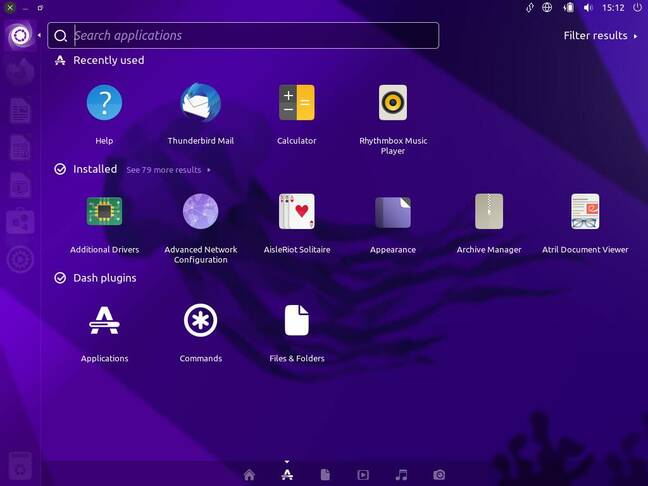 The other is that Ubuntu's metapackage for the Unity desktop depends on the GNOME desktop. We aren't sure why. In its day, Unity was an alternative to GNOME, it definitely didn't include it. It just used GNOME accessories and GNOME's file manager. The Ubuntu Unity maintainers have hidden GNOME from the list of sessions on the login screen, and it's not normally running, but it's still there and taking up disk space. In our testing, even if you install the Unity desktop on top of a different desktop, such as MATE, it installs GNOME Shell as well.

As Unity is no longer an officially-supported desktop, Canonical is unlikely to fix this. It has bigger, more important bugs to fix. It would be wonderful to see someone from the community step up and edit the metapackage so that it didn't pull GNOME in as well – the distro would become considerably lighter.

In terms of memory usage, Ubuntu Unity is one of the lighter remixes. It uses a purple-themed version of its parent's wallpaper.

Ubuntu Cinnamon surprised us, it's the only remix to demand more than 16GiB of disk. Since we wanted to keep things as close as possible to the other remixes, we tried again with 18GB, which worked fine. Part of this is because Ubuntu Cinnamon allocates more swap than any other remix: 2.1GiB, rather than the 1.7GiB that all the others, including Unity, want. 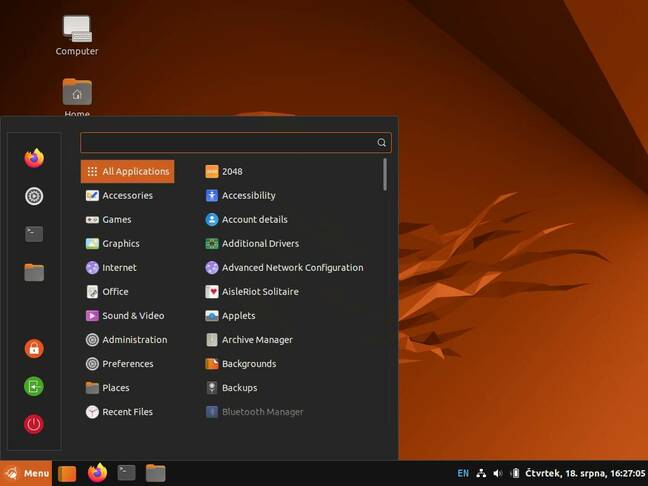 Ubuntu Cinnamon 22.04.1 has barely changed from the previous release – it's just a security update

Apart from that, it hasn't changed much since version 22.04. It uses a slightly older version of Cinnamon, version 5.2.7, while 5.4.2 is current. As before, you can enable fractional display scaling, but it's stuck on 1x or 2x.

The Cinnamon remix has potential, but it needs more work. There are two app stores, Snap Store and Software. It really needs to be updated to the latest upstream version of Cinnamon. Finally, we'd like to see it replace its GNOME accessory programs with those from the MATE remix to get back classic menu bars and so on. Ubuntu Cinnamon isn't particularly lightweight, but fractional scaling support could win it fans among folks using a mixture of screens with different pixel densities. For now, we're afraid, if you want Cinnamon, you should stick to Linux Mint.

Ubuntu Kylin is an odd one out. It's an official flavor, co-developed with a Chinese software company which has its own, independent Linux distro, KylinOS, which very recently became free. Ubuntu Kylin has its own desktop, called UKUI, originally derived from MATE but now quite different. 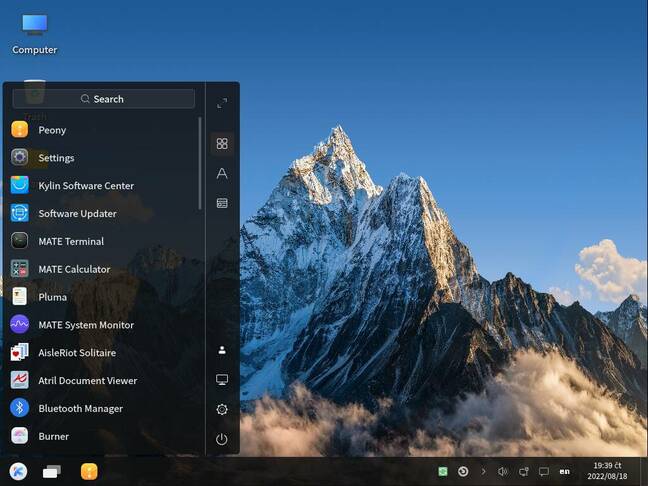 Ubuntu Kylin is fresh, clean, bright and cheerful, with some of the best bits of Windows 7 and Windows 10

We plan to do a full review of Ubuntu Kylin soon, but for now, we thought we'd rank it alongside the other remixes. The UKUI desktop is colorful and modern. It reminds us a little of Windows 7, but with some elements taken from Windows 10, such as the notifications sidebar and the virtual desktop switcher. The app launch menu has four different views: a single-column menu, or a full-screen app browser with three views – all apps in alphabetical order, or grouped by name or by function. It's definitely worth a look. You can get the internationalized edition from Ubuntu's CD image server.

The three flavors we look at here are all visibly closely related to their parent distro. All use Ubiquity as their installer. Both Unity and Cinnamon remixes use versions of the same wallpaper as upstream Ubuntu, just in shades of purple and brown respectively, and both have much the same assortments of apps and accessories.

As we've said before, we still feel that Unity has a lot to offer: it's fast, fairly lightweight, and has a different feel to all the Windows-like alternatives.

Ubuntu Kylin is a little different. It has its own range of apps and wallpapers, and its own app store, which is heavily Chinese-influenced. It comes with Chinese input methods, with a switcher in the panel. It looks fresh and modern compared to MATE or KDE. It's a little lighter weight than GNOME, as well as being more familiar to migrants from Windows. It's not as lightweight or as customizable as LXDE, LXQt or Xfce, but it's worth a look.

The best of the rest

Sadly UbuntuDDE hasn't launched a new version for 22.04 yet. The project's repository has been updated, and it is possible to install the desktop on 22.04, but the maintainers haven't put out a new version of the distro yet. It's a shame, as DDE is an interesting environment.

There are multiple other desktops out there which are still maintained, of course, and there's definitely room for some more Ubuntu remixes. In the past, as well as UbuntuDDE, there were remixes with CDE and the Lumina desktop from the now-discontinued FreeBSD variant TrueOS, but neither have updated in a while.

Several other Ubuntu derivatives are too different to describe as mere Ubuntu "remixes." Examples include Elementary OS and System76's Pop!_OS. Striking out in its own direction is Bodhi Linux, which has its own fork of Enlightenment 17 called Moksha. Enlightenment itself is now up to version 25. Put these things together, and they suggest to us that there's room for an Ubuntu Enlightenment Remix. It's already there in Ubuntu's repositories.

The Linux Mint maintainers recently described difficulties working with the GNOME team, and it's not limited to GNOME's forceful approach to limiting theme support. The Budgie team have similar comments. As a result, future versions of Budgie will move to using Enlightenment's EFL instead of Gtk, and we look forward to the result. ®