China's Alibaba has released a development platform to help engineers building high-performance Systems-on-Chip (SoC) silicon based on the RISC-V open architecture, which is claimed to also include an optimized software stack to help speed product rollout. 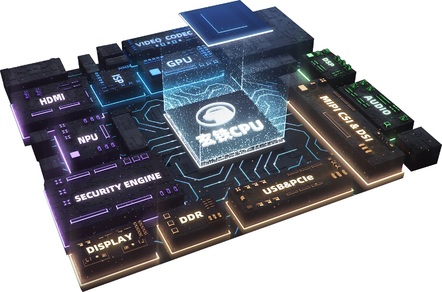 Alibaba Cloud, the cloud computing subsidiary of the online bazaar, said it has made available for licensing the Wujian 600 chip development platform, aimed at the creation of edge SoCs using the RISC-V instruction-set architecture, which is freely available under open source licensing for chip designers to implement.

The company said that the platform is intended to aid engineers by reducing the development costs and shortening the design cycle for custom chips, making the mass production of high-performance RISC-V SoCs a reality.

According to Alibaba, the Wujian 600 platform was created by another Alibaba Group subsidiary, its wholly owned semiconductor business T-Head, and it has already used the platform for the development and prototyping of its own high performance SoC, catchily named TH1520.

T-Head VP Jianyi Meng said the company hoped to share its RISC-V development capability with others by making the Wujian 600 platform available.

"Customers can leverage the platform to develop their high performance SoCs in a fast and efficient way. By making the platform accessible to global developers, we hope to contribute to the RISC-V community, enabling more customised RISC-V based SoCs tailored for different applications," he said.

The TH1520 is listed as a 2.5GHz chip that embeds a quadcore XuanTie C910 CPU, a neural processing unit, DDR memory controllers, and a wide range of standard I/O interfaces, and has "already been used inside Alibaba's ecosystem," according to the company.

The XuanTie C910 RISC-V processor is itself available as an open source design from T-Head, and can be found on GitHub.

Alibaba states that it is possible to run desktop applications such as the FireFox browser and LibreOffice on silicon produced using the Wujian 600 platform, thanks to OpenAnolis, a Linux-based operating system launched by Alibaba in 2020.

Alibaba's Wujian 600 platform has naturally been endorsed by RISC-V International, the organization that oversees the open source chip architecture.

However, some details Alibaba has neglected to reveal are what platform Wujian 600 itself runs on, where any interested developers can obtain it, and whether it is available as open source or under a paid-for license. We have asked the company and will update with its response. ®

Beijing official says crackdown on tech companies is over

Alibaba's Jack Ma out as boss of fintech Ant Group

'Corporate governance optimization' sees founder's role reduced, but not in pursuit of a listing
Legal9 Jan 2023 | 3