Kubuntu and Lubuntu desktops have been upgraded but you won't automatically get the new versions. Here's how to get the optional lifts.

There's only one official flavor of Ubuntu. The standard desktop is GNOME, and if you pay for optional support, that's the only supported edition. But if you don't care for GNOME – and we entirely understand and sympathize with that – there are seven other "flavours". We took a look at all of them recently, after they were updated for 22.04.1.

That means two things. Firstly, you should plan on upgrading at least every two years, because unlike the baseline GNOME edition, after three years, the flavours won't get updates for anything except the text-mode OS underneath.

Secondly, if you want the latest and greatest versions of their component desktops, you have to install the newer desktop yourself – and you should. Fortunately, that is quite easy to do, and once you add the relevant repos to your system, the desktop will get updated along with everything else. 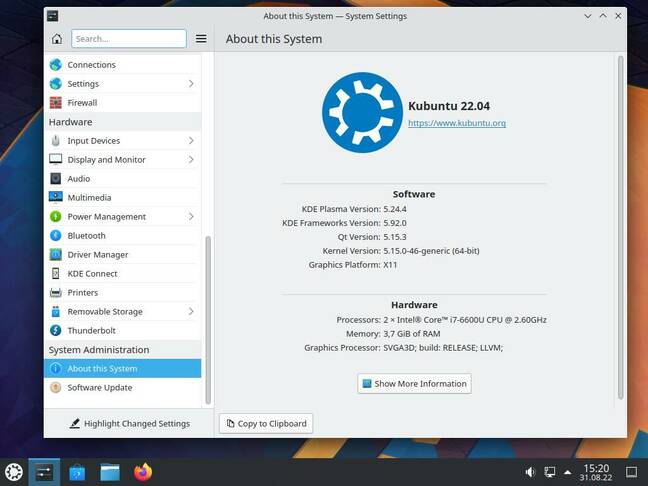 Kubuntu 22.04 ships with KDE Plasma 5.24, the current LTS release of the desktop

Kubuntu is the oldest Ubuntu variant around, and in April, Kubuntu 22.04 shipped with KDE Plasma version 5.24, which was itself released in February. This is an LTS release of Plasma and will get updates until Plasma 6 appears. But saying that, the latest release is 5.25, which came out in mid-June. We looked at it back then. The Kubuntu project has now announced that Plasma 5.25 is available for Kubuntu "Jammy". If you fancy the new Overview screen or its floating taskbar, then you need to add the Kubuntu-backports PPA. Once you do that, do a full system upgrade and you'll get the newer, shinier KDE, complete with optional floating taskbar and handy Overview screen when you press Super+W.

Adding the repo is a single command:

When we added the repo, an update notification popped up almost immediately, but if you want to do it manually and clean up afterwards, this command will do it all in one go: 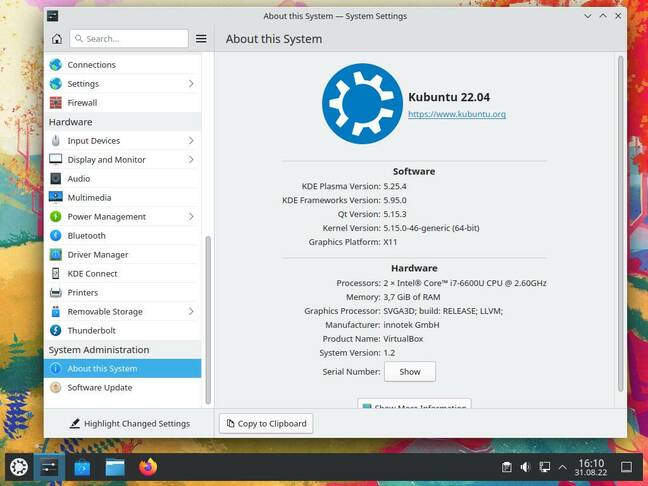 KDE Plasma 5.25 has a nifty floating taskbar, for those with Mac envy

Lubuntu shipped with an even older desktop: LXQt 0.17, released way back in April 2021. LXQt got to version 1.0 in November, as we covered at the time, and 1.1 in April this year, just two weeks before Lubuntu 22.04 shipped and so too late to include. But, again, there is an official way to get the latest LXQt 1.1 on Lubuntu "Jammy". 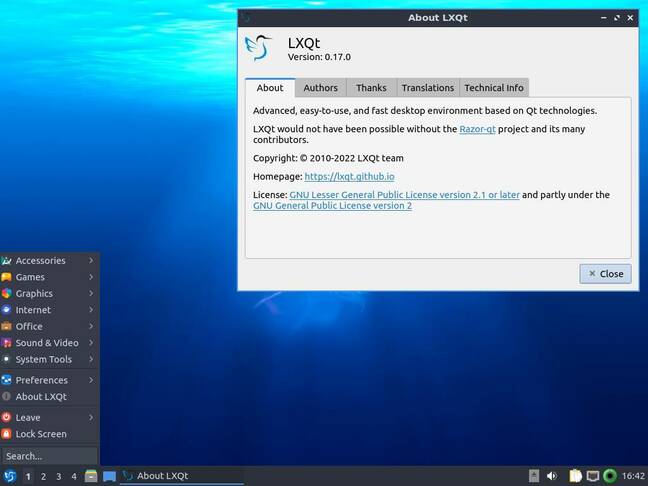 Then update it. The same command we gave above for Kubuntu will work fine. As LXQt is much smaller and lighter than KDE Plasma, the update on our fresh test install was only 32.1MB. 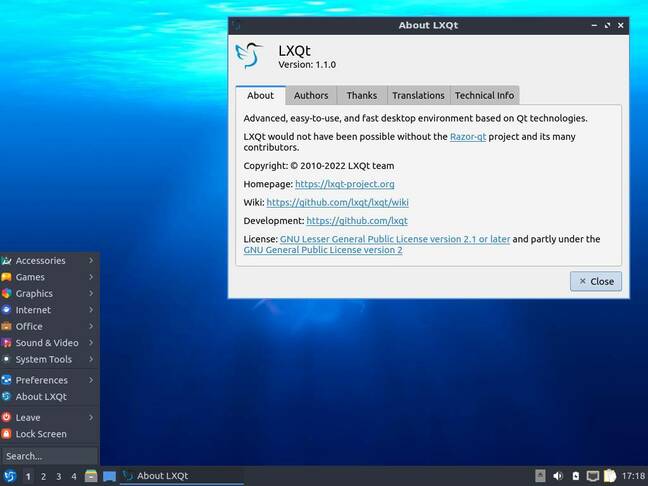 The latest LXQt 1.1 looks much the same, but it's a year more mature than bundled version.

To be honest, there is little to no immediately apparent difference in the newer version, but 1.1 sounds like a more reassuring, mature version to us.

Having said that, we still rather miss LXDE – for a start, it handled a vertical taskbar much better, as the screenshots below show. 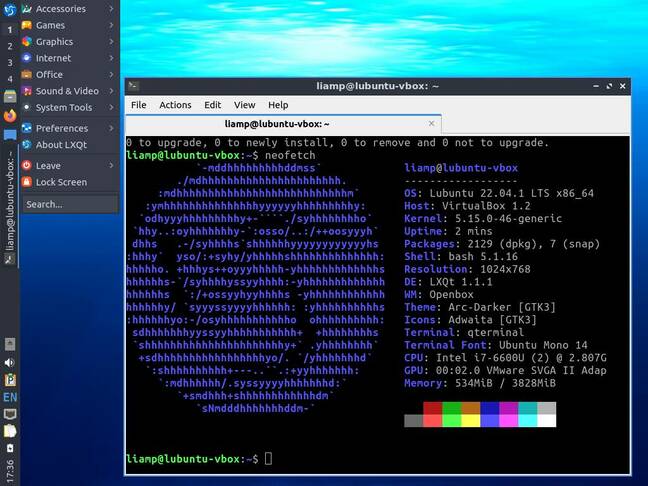 LXQt's vertical panel has hard-to-read vertically aligned controls on it, too, which isn't much use. 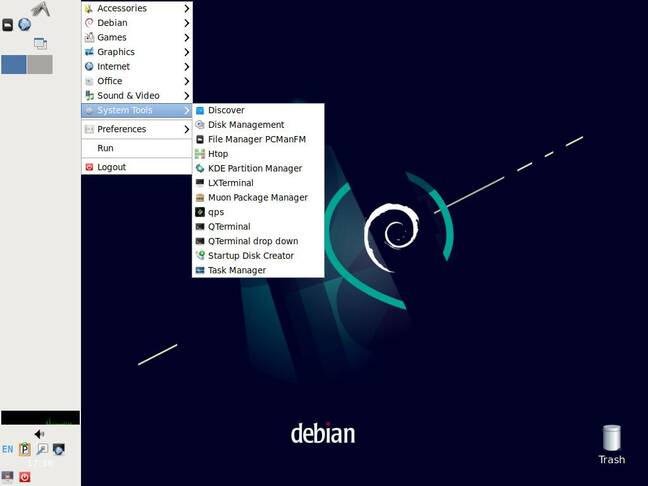 The older LXDE desktop's vertical panel has the contents arranged horizontally, which is far more helpful.

You can install install LXDE if you wish: just type

There are a few snags, though. This is a 162MB download, and increases Lubuntu's relatively small disk usage.

It also results in several duplicated components (such as both LXterminal and QTerminal). We were also amused to discover that afterwards, we had Debian-themed wallpaper. We can only hope that some future version of LXQt will catch up with the functionality that LXDE 0.10 had. ®