Lenovo has exhibited an updated version of its ThinkPad X1 Fold portable, a device that is a mash-up of a folding-screen tablet and a Windows laptop, with a sleeker, slimmer design sporting Intel's 12th-gen Core processors and Windows 11. 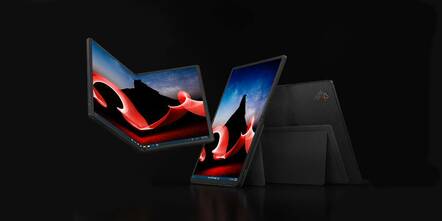 The original ThinkPad X1 Fold shipped in 2020 with a 13.3in folding screen that allowed it to be closed up and fitted into a handbag, as a Lenovo executive demonstrated when the device was first shown off at an event. 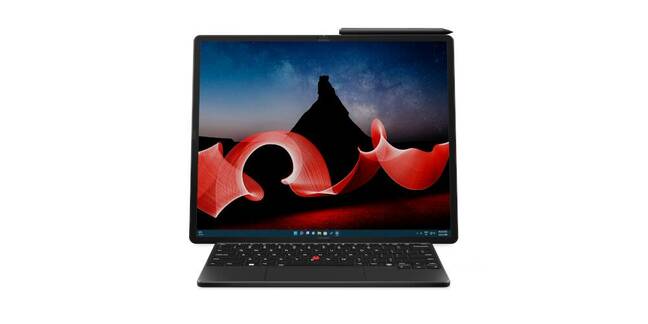 Lenovo said it has learned from the feedback it got from that model, and so the 2022 ThinkPad X1 Fold has a larger 16.3in 2024×2560 touchscreen, but also ships with a compact keyboard that connects via Bluetooth instead of users having to rely on an on-screen soft keyboard for typing.

The keyboard can magnetically attach over the lower half of the display, Lenovo said, in which configuration the device is basically being used in classic laptop mode. However, the X1 Fold can also be used in landscape orientation with a stand and the detached keyboard resting on the desk in front, or can be used like a tablet with a stylus (the stylus can also attach magnetically to the system).

Potential buyers can get a look and more details by subjecting themselves to Lenovo's online Tech Life virtual showcase if they so wish.

As well as a touchpad, the keyboard carries the TrackPoint controller embedded in the middle of the keys, which is a signature feature of Lenovo's ThinkPads and one that users either love or hate.

According to Lenovo, designing a foldable PC with narrower bezels and a larger display that is actually thinner overall than its predecessor without compromising durability presented engineering challenges. The system is just 8.6mm thick when unfolded, and 17.4mm thick folded.

Another notable feature is that the back cover of the system is made from 100 percent recycled woven performance fabric rather than plastic, which Lenovo claims has undergone "a multitude of durability and reliability testing".

"We want the next-gen ThinkPad X1 Fold to be the benchmark for premium productivity, creativity and enjoyment," said the improbably named Jerry Paradise, VP of Lenovo's Intelligent Devices Group, adding that "The new ThinkPad X1 Fold redefines a category we created."

This new X1 Fold is a tad heavier than its predecessor, at 1.28kg (2.82lbs) on its own and 1.9kg (4.19lbs) with keyboard and stand. The latter is about what you would expect for a 16in laptop, although Lenovo claims this as the "world's lightest 16in commercial laptop device". 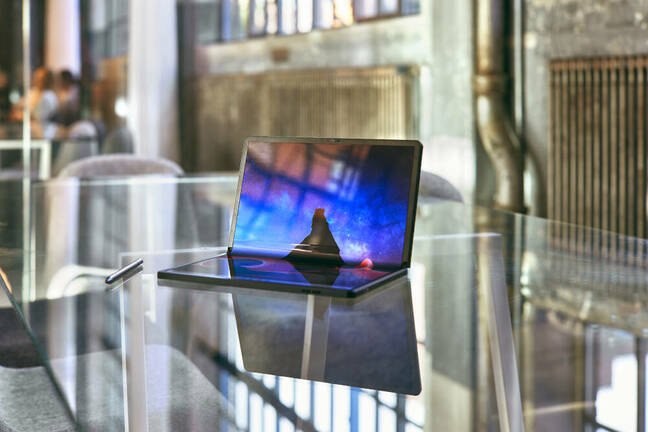 In hardware specifications, the X1 Fold comes with 12th Gen Intel Core U-series i5 and i7 processors, up to 32GB LPDDR5 memory and PCIe 4.0 SSD options up to 1TB. Also supported is Intel's vPro technology, which provides extra features for corporate buyers, such as extra security and remote management capabilities.

For connectivity, the system has three USB Type C ports, two of which double-up as Thunderbolt 4 ports, Wi-Fi 6E and Bluetooth, plus an optional 5G internal modem. Battery life is quoted at 4 hours, with a 30 minute charge time.

The next-gen ThinkPad X1 Fold with Windows 11 or Windows 11 Pro will go one sale in the US from Q4, with prices starting at $2,499. It will be available in the EU from the end of November and the rest of EMEA in January 2023, but prices here have yet to be disclosed. ®