Competes with the A320 and 737, which Airbus and Boeing can't build quickly enough to satisfy demand

Two recent flights of the China's domestically made single-aisle passenger jet, the C919, have lent credence to rumors that the nation's aviation authorities are set to issue it an airworthiness certification – and by doing so, give Boeing and Airbus some competition.

The narrow-body airliner passed flight tests in late July, capping a development process that began in 2009, with the jet's first flight in 2017. 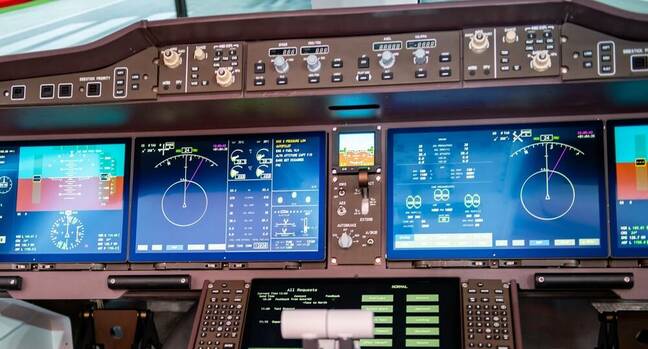 Local media is reporting that the plane will likely be formally certified as fit for commercial operations by September 19.

Internet-based flight tracking service Flightradar24 lists a total of seven C919s. Six are test aircraft and one – B-001J – is set for delivery to China Eastern Airlines. Four of the seven aircraft are listed as having flown in the past week, racking up takeoffs and landings in the airports of major cities like Hefei, Shanghai, Beijing, and Xi'an.

China Eastern Airlines is expected to use its first C919 for paid services by Q1 2023. The most recent fleet plans show the company, at least temporarily, has reduced its intended three delivered aircraft to just one.

According to Bloomberg, Commercial Aircraft Corp of China (COMAC) has booked hundreds of orders for the plane – most from China-based airlines. Some of these orders are options only (standard practice in the highly volatile aviation sector) and how many will actually turn into deliveries is unknown at this time.

The C919 is China's first homegrown mainstream single-aisle passenger jet, developed and manufactured domestically in accordance with international civil aviation regulations. It carries between 156 and 168 passengers for up to 2,999 nautical miles (5,555km) on the extended range version and 2,200 nautical miles (4,075km) on the standard.

That's no accident since the C919 is intended to give China the ability to offer a product in the market for mid to large sized commercial jets – the segment with highest demand, but also a field dominated by the Airbus and Boeing.

Both plane-makers can, at their best, build around one A320 or 737 each day. But supply chain issues have reportedly slowed production this year.

Plenty of airlines have therefore ordered planes without knowing when they'll see them roll off a production line.

COMAC thinks the C919 offers an alternative to waiting for its rivals to deliver.

But unlike Boeing and Airbus, COMAC was included in Trump-era sanction lists that mean American investors cannot invest in the company.

Mitsubishi had intended to step in with its SpaceJet program – a regional jet with a significantly smaller payload capability of less than 100 passengers. However, that plan was shelved late last year thanks to pandemic-related measures. Mitsubishi has no plans to restart the program. ®

Updated Floats over missile silos, shooting it down ruled more dangerous than whatever it's up to
Security3 Feb 2023 | 126