Our star harbors one less scientific mystery thanks to data from the Solar Orbiter probe showing how "solar switchbacks" that cause the Sun's magnetic field to flip are formed. By furthering astronomer's understanding of solar winds, they hope the discovery will protect astronauts and equipment.

Solar switchbacks were first spotted in 2019 when data from NASA's Parker Solar Probe showed that the events weren't a rare occurrence, but common in the Sun.

Prior to the Solar Orbiter, observations of the Sun were limited to in-situ observations, leaving the actual origin of switchbacks up for debate, but not any more since the craft passed the Sun in March. 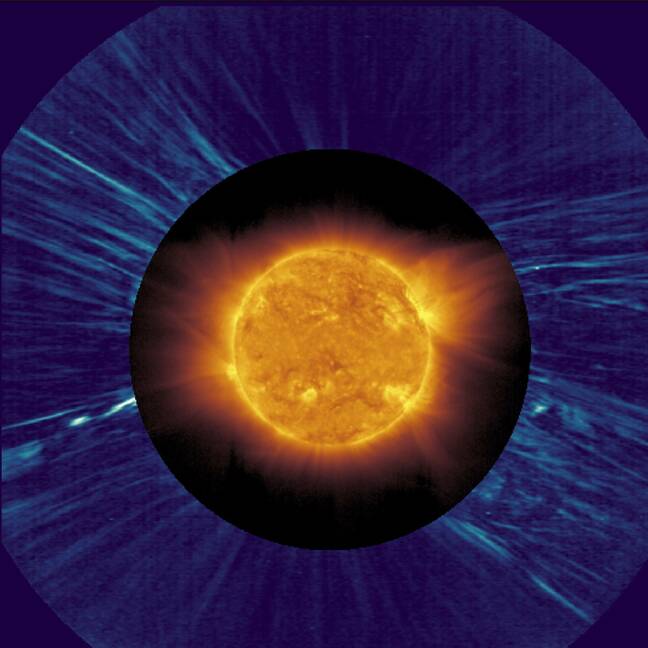 "I would say that this first image of a magnetic switchback in the solar corona has revealed the mystery of their origin," said Daniele Telloni, a research astronomer at the Astrophysical Observatory of Torino, Italy, who spotted the distortion in the data returned from the Solar Orbiter. Telloni and his colleagues published a paper on the phenomenon in the The Astrophysical Journal Letters and plan to present their work this week.

The joint Solar Orbiter project between NASA and the European Space Agency (ESA) has effectively proved that switchbacks form when two different types of magnetic fields on the Sun – open and closed ones – bump into each other. The resultant collision forms an "S" shape wave in the Sun's magnetic field that emanates from the Sun out into the solar system.

How a solar switchback is formed

"Rather like cracking a whip, this releases energy and sets an S-shaped disturbance traveling off into space, which a passing spacecraft would record as a switchback," the ESA said.

The latter winds include switchbacks, and NASA believes understanding them is key to understanding solar wind. By extension, if we better understand how solar winds are formed, we can better protect spacecraft, astronauts and Earth from their effects.

Solar winds hitting Earth have the potential to wreak havoc by disrupting communications, damaging electronics and generally disturbing anything affected by electromagnetic radiation. On the flip side, they also cause the aurora borealis, or northern lights, which have been strong of late thanks to a burst of solar wind hitting Earth.

If hit by solar winds while in orbit, astronauts could be subjected to enough radiation to develop cancer, cataracts or lethal radiation poisoning. Equipment can also be seriously damaged without the Earth's atmosphere to protect it.

Next up for the Solar Orbiter team is fine-tuning its observations and the Orbiter's instruments to get a better understanding of how the Sun connects to the wider magnetic environment of the solar system.

Daniel Müller, ESA project scientist for Solar Orbiter, said the Orbiter's next pass close to the Sun will be on October 13th, when it will fly by at a distance just 0.29 times of that between the Earth and Sun. With the mission still in the early phases, Müller said he expects to learn much more.

"[The March fly-by] was Solar Orbiter's very first close pass to the Sun, so we expect many more exciting results to come." ®