An SAP user group has voiced complaints about the increase in support fees for the popular enterprise software, pointing out inconsistencies with changes in the way SAP packages its solutions and makes them available to customers. 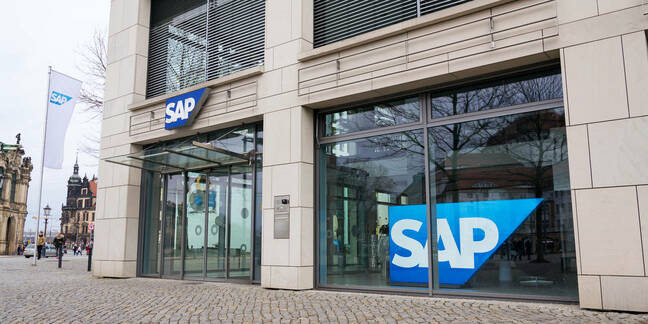 Earlier this week, a spokesperson told The Register that high inflation rates reflected across regional price indices was affecting companies around the globe.

"SAP is not exempt from these developments and they are steadily impacting our offerings through higher energy and labor costs, as well as increasing expenses for third-party services," they added.

Thomas Henzler, DSAG board member for licenses, service and support, said that SAP was within its rights to avail itself of a clause in every standard contract agreed on purchasing the software.

But he argued the value received for maintenance had fallen over time, making the price rise difficult to justify.

To start with, the way SAP packages its products has changed, and continues to change due to its cloud strategy, he said. "Here we are seeing an increasing modularization of the core ERP product (S/4HANA), which means that solutions that were previously still part of the ERP are now increasingly being marketed individually and the customer, therefore, has to pay for them additionally," Henzler said.

At the same time, the move to the cloud should reduce complexity for SAP as it often leads to increased standardization. "However, it will also lead to customers receiving fewer new functions for the maintenance of SAP ERP," he said.

The shift to the latest generation of SAP's ERP software, S/4HANA, also means customers on earlier versions of the system will get less value for money, while at the same time they face the same increases as other users, he claimed.

"The full maintenance rate is still due for the older ERP solution, even though there are hardly any further developments for it. For this reason, we consider the current maintenance rates, in particular, to be inappropriate compared to the contractually guaranteed consideration."

SAP told The Register: "SAP is constantly developing its solutions and the more complex processes at the customer's site also make it less meaningful to map everything in one ERP as we are used to in the past.

"Therefore, SAP, as well as the entire market of operational software, pursues the strategy in detailed line of business processes and to offer them in its own specialized components. This enables our customers to make more targeted investments where they expect the most added value and operational benefits for their business."

The company went on to suggest its "cloud extension model" for customers transitioning from on-premises to the cloud. It added: "Based on their existing investments in SAP software, customers can decide to reallocate elements of their installed on-premise[s] solutions to the respective public cloud or private managed cloud solutions from SAP, replacing on-premise[s] license and maintenance with public cloud or private managed cloud subscription."

The German vendor pointed out eaerlier this week that it had resisted increasing the price for maintenance and support installations for a decade, including during the pandemic, when numerous other vendors including Microsoft, HPE, Cisco, and others upped prices. Oracle raised prices on support fees based on the inflation rate in the respective regions it operates back in July. ®

Latest platform software has not been licensed by two-thirds of legacy users, despite strong growth
Databases6 Dec 2022 | 5

Difficult decision did not end with RISE with SAP, analyst tells The Reg
Databases10 Nov 2022 | 1