Logowatch Pour one out for Pentium and another for Celeron. After more than two decades, Intel has scrapped the brands in favor of a new moniker.

So what does the x86 giant plan to call its entry-level chips? Intel Processor. And no, that’s not a typo. Capital P. Starting next year, an under-enthused salesperson at your nearest big box very well could answer the question “what kind of processor does it have?” with: “It’s got an Intel Processor.”

"An Intel one. An Intel Processor."

Who are we kidding. No one goes to big box stores anymore.

“Intel is committed to driving innovation to benefit users, and our entry-level processor families have been crucial for raising the PC standard across all price points,” Josh Newman, VP and interim general manager of Mobile Client Platforms at Intel, said in a canned statement.

"The new Intel Processor branding will simplify our offerings so users can focus on choosing the right processor for their needs."

According to the x86 goliath, ditching Pentium and Celeron as a brand and instead using Processor will “sharpen” the corporation's focus on its flagship Core, Evo, and vPro, er, processors.

“This update streamlines brand offerings across PC segments to enable and enhance Intel customer communication on each product’s value proposition, while simplifying the purchasing experience for customers,” the chipmaker explained.

In other words, if you want an entry-level cheapo chip from Intel, it's not going to be a Pentium or Celeron anymore, it's going to be a generic Intel Processor. And if you want some more oomph and features, look for Intel Core, vPro, and so on.

When you think budget hardware, Intel wants you to think: Intel Processor. 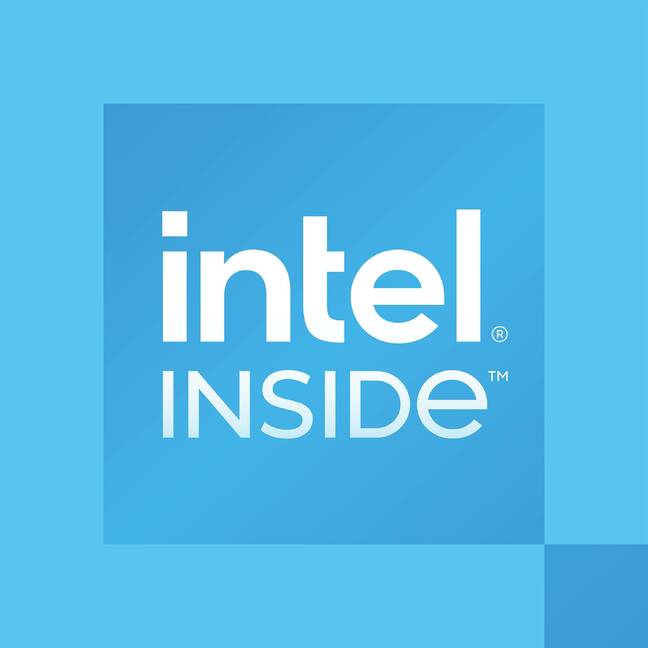 To us, it appears the US giant is acknowledging that its Pentium and Celeron brands are, in the minds of customers, stuck in the 1990s when they launched. These days it's still shipping Pentiums and Celerons, just with more modern CPU cores, but that's probably lost on people who see the brand and think: what, the chips I played Quake on?

Back in early ‘90s, Pentium wasn’t the dog of Intel’s lineup like it is now. Launched in 1993 as the successor to Intel’s venerable 486, Pentium enjoyed several generations as the chipmaker’s flagship brand.

It was only after Intel ran into a dead end with its Pentium 4 family that the baton was passed to the Core series in 2006.

Unlike Pentium, Celeron has always been a budget-focused chip aimed at entry-level PCs.

Introduced two years before the turn of the millennium, Celeron processors were initially just cut-down versions of their higher-end Pentium siblings. And that, in large part, remains true of Intel’s Celeron and Pentium chips today.

Intel’s Pentium Gold 8500, launched in Q1 2022, is based on the same Alder Lake platform used by its flagship Core and Evo-series products.

This includes Intel’s big-little core architecture, with the Pentium pairing a single high-performance core, clocked at up to 4.4GHz, with four efficiency cores.

You can expect to see Intel’s new simplified branding hitting the shelves beginning with its 2023 product line. ®