64-page roadmap details how we will all become the Jetsons

Boeing's vision of future mainstream travel includes automated uncrewed passenger-carrying electric aircraft operating as taxis, and on Tuesday it released a detailed roadmap on how to get there by 2030.

The concept of operations, or "ConOps," was undertaken as a joint venture with electric autonomous vertical take-off and landing (VTOL) enterprise Wisk, a company whose predecessor Zee Aero was backed at founding by Google co-founder Larry Page and now counts Boeing itself among its investors.

Beyond the duo, there were many other partners and collaborators to pitch in at the roadmap, including the FAA, NASA, Boeing unmanned aerial vehicle (UAV) research subsidiary Aurora Flight Sciences, AI airspace management provider SkyGrid and more.

The overall vision focuses on the lofty core tenet that the service of these flying taxis should be "safe, affordable, everyday flight for everyone." The service would be available day and night, with visual or instrument meteorological conditions.

Within the 64-page ConOps are technological, regulatory, and social recommendations for how to integrate the Urban Air Mobility (UAM) specifically into the United States and its National Airspace System, with an intention to be applicable globally.

The aircraft itself will require detect-and-avoid and landing hazard avoidance. Even though it will take a predetermined path, it will need to navigate outside that path in case it needs to land in alternate spaces or divert for other last-second reasons. The UAM itself will be powered by electric propulsion. Those carbon-saving emissions will be important if the technology is going to be used on a large scale.

But the stated ConOps recognizes that some other progress beyond the aircraft itself needs to happen before this vision can become a reality and it sees changes happening in a stepping-stone manner.

For instance, the US is going to need infrastructure on a massive scale, starting with the vertiports from which the aircraft can take off and land, or load goods and passengers.

Furthermore, there will need to be fleet operations centers, or an air traffic control unit where a professional will monitor and manage not just one, but multiple, vehicles at once, connecting via internet protocol (IP)-based communication. And then there will need to be third-party service providers to provide ground-based solutions, completing tasks an onboard pilot would normally take on, as well as implementing and maintaining C2 datalinks and cybersecurity. 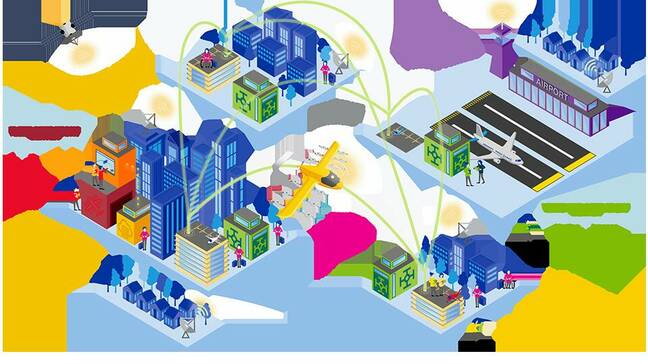 And before those vertiports can go full throttle, they'll have to move beyond the current system of heliport and vertiport operators authorizing access to their surfaces with fixed-base operators managing schedules to vertiport managers controlling surface movements and hovering slot allocations.

Boeing also reckons there will need to be some global evolution in the regulatory sphere. That task will need to be taken on by the UAM industry itself, and in order to achieve this and an accompanying necessary public buy-in, the industry will also have to advance the level of UAM safety.

"Ultimately, public acceptance of uncrewed UAM operations will be the crucial component to scaling the market," said Boeing.

One thing is clear with this plan – much change will have to happen in order for it to (pardon the pun) fly.

"This ConOps intentionally defines a future that will require an evolution from the current state," said the roadmap's authors.

"The important work we're sharing today provides a stepping-stone in the advancement of UAM in the US and the world," said Wisk CEO Gary Gysin in a canned statement. ®