Love it or loathe it? Plus: KDE 5.26 here soon, and both desktops still working on mobile support

The third release of GNOME since the big shift of GNOME 40 is coming together – but KDE isn't getting left behind. 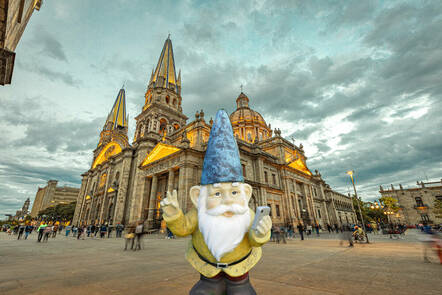 We mentioned that the 25th anniversary release of GNOME was looming a few months ago and now the birthday release is out. The new version is codenamed Guadalajara and will be the default desktop of the forthcoming autumnal releases of Ubuntu 22.10 and Fedora 37.

KDE isn't far behind, though. It turned 25 years old last year, and the next release of its Plasma desktop, version 5.26, is in beta and should be out early in October.

These are two mature projects now, although both have had major upheavals and rewrites whose aftershocks are only just settling. GNOME 40 was a major release, originally planned to be called GNOME 4, and the project still hasn't finished moving all its components over to the new Gtk 4 with its more restrictive themes support.

In this release, the file manager moves to Gtk 4, with a host of small improvements and a more adaptive design: it automatically scales to fit smaller windows, with the sidebar autohiding if the window becomes narrow. This is part of the process of adapting GNOME to run on mobile devices, as the project blog recently described.

The new Text Editor app now uses Gtk 4, too, as we mentioned when looking at the Fedora 37 beta, as do Maps, Logs, Builder, the initial-setup wizard, the Parental Controls settings, and the new Console app which will eventually replace GNOME Terminal. There's a new System Status menu, with big easy-to-hit buttons for common actions. This makes it easier to toggle light versus dark mode, re-connect to VPNs, switch sound devices and other improvements. The new version allows websites to be pinned to the desktop as standalone apps, and the on-screen keyboard has been upgraded with auto-suggest, Ctrl, Alt and Tab on-screen buttons when working in a terminal. There are new alert sounds, and remote-desktop sessions now support sound as well.

The changes in the new KDE Plasma desktop are a little less dramatic, but then, it has been much longer since the KDE Project's last major release. The new version makes significant steps towards a "10 foot user interface": that is, one aimed at use as a media center on a big-screen TV.

The Plasma Bigscreen UI is intended for use with a remote control from across the room, and there's also the new Aura Browser, for using the Web this way, and Plank Player for watching or listening to media stored locally, as opposed to streaming it online.

KDE's "Plasmoid" widgets are now resizable and support for visually impaired users with a screenreader is improved. The Kickoff app launcher has been improved, with a new compact mode and alphabetical indexing of applications by name. The Settings app has been revamped, with improved wallpaper support: instant previews, light and dark mode themed wallpaper, and even animated wallpapers. There's better keyboard navigation, the ability to pick daytime as well as nighttime colour themes, pick your location from a map, and more.

Both desktops are working on their support for Wayland, for use with touchscreens, and for scaling for different sizes and resolutions of display. All of these are important, as laptops continue to replace desktops and more and more modern laptops come with HiDPI, touch-sensitive displays… as well as growing support for running on mobile devices such as phones and tablets.

These are very positive developments, although we suspect that the flipside of such modernization efforts may be to drive some users away to simpler environments, or even to tiling window managers, of which there are now a bewildering profusion. There's a risk that the smaller, simpler desktops, such as LXQt and Xfce, may get left behind with the move to new display servers and new display and input technologies.

Saying that, though, the Reg FOSS desk would be delighted to be wrong about this. We were very happy to learn recently that there's a new dashboard application for Xfce, which gives it a GNOME-like overview screen. This one feature is an oft-quoted favourite among GNOME users, which is doubtless why KDE 5.24 also got something similar. ®