Quantum startup Oxford Quantum Circuits (OQC) claims it is set to deploy a quantum system in Cyxtera's Reading datacenter in the UK, with a view to making it available for customers to access. 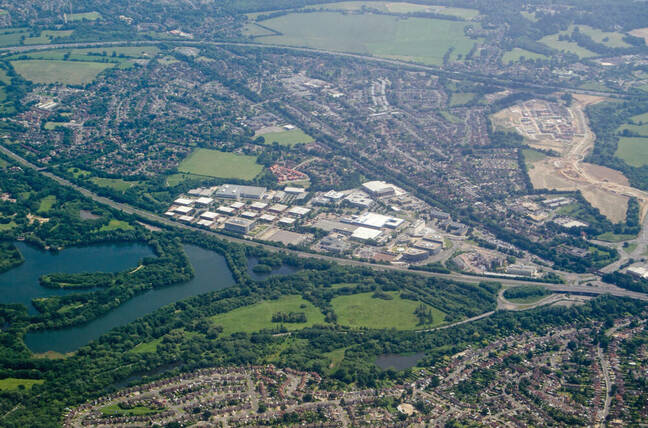 According to the pair, this marks the world’s first integration of a quantum computer into a colocation datacenter. Access will apparently be provided via Cyxtera’s Digital Exchange datacenter fabric, enabling UK customers to try out the system with various quantum algorithms and use cases.

The colocation aspect is what the two companies appear to be focusing on as the key differentiator for their pitch, claiming that because the quantum computer is located in a Cyxtera datacenter, it will make it easier to connect to customer infrastructure colocated there, as opposed to quantum computers that are accessible via the public cloud, or a vendor’s own cloud, such as that operated by OQC.

“For quantum computing to be genuinely accessible and fully realize its potential as a technology, it must seamlessly integrate within businesses’ current computing and data management infrastructure,” OQC chief exec Dr Ilana Wisby said in a statement.

With this partnership, OQC will be able to give Cyxtera’s customers “direct access to our latest quantum computer, within their datacenters, at the click of a button, without making any changes to their operations,” she claimed.

Quantum computers are not yet regarded as reliable or powerful enough to deliver all of the capabilities that have been promised for them, so this deployment should be seen as a way for Cyxtera’s colocation customers to get their hands on a quantum system and try it out.

OQC said that it chose Cyxtera for this deployment because of its ability to connect OQC’s quantum-as-a-service platform to multiple customers and accommodate unique hosting requirements, such as cryogenic systems.

OQC’s quantum technology relies on superconducting qubits, in common with many other quantum offerings. However, where it differs is in the way it scales, the company claims. Typical superconducting qubit technologies scale horizontally in two dimensions, making wiring up large arrays of qubits difficult. In contrast, OQC’s Coaxmon has a three-dimensional architecture that also moves key components off-chip for increased simplicity, and scalability, it claims.

OQC said that its team is installing the system at Cyxtera’s Reading facility now, and the service is expected to be available early next year alongside the company’s next generation of quantum processors. It was not prepared to disclose how many qubits it will feature at this point, but its current quantum processing unit (QPU) has 8.

This is far fewer than the number of qubits supported in quantum systems from other players in the field such as IBM or Google, but it may be enough for customers to evaluate how quantum algorithms might be used in some specific applications, in preparation for when (if) more reliable quantum hardware becomes available.

The pricing structure for customer access to the quantum computer is not being revealed at this time.

Cyxtera said there will be multiple ways for customers to connect to the OQC Quantum Computer, depending on their networking requirements and location.

Cyxtera customers will be able to deploy on-demand SDN connectivity via a Digital Cross Connect on the Digital Exchange Platform. This will allow them to connect in all three UK datacenter campuses, it said, and customers will also have the ability to connect at layer 1 via traditional cross connects.

This does not preclude non-Cyxtera customers from being able to establish low latency and secure interconnectivity, the company told us. This can be achieved via its Network Service Provider partners, in concert with the methods listed above.

OQC itself was spun out of the University of Oxford’s Physics Department June 2017 in order to develop its quantum computing processor technology. In July, the company announced it had raised £38 million ($46.45 million) in funding as part of a Series A funding round led by Lansdowne Partners and The University of Tokyo Edge Capital Partners (UTEC). ®