The nation's Space Research Organisation (ISRO) yesterday published an outline of the proceedings of a September 27th meeting at which the state of the mission was discussed.

The news was not good: communication with the orbiter was lost in April 2022, and ISRO staff believe it has run out of propellant and cannot therefore align its solar panels to sufficiently recharge its batteries and resume operations.

"It was declared that the spacecraft is non-recoverable, and attained its end-of-life," the document states.

Thus ends a mission that launched in December 2013 and ten months later placed a probe in Mars orbit - the first time a nation had scored a successful Martian orbit insertion at its first attempt.

Mangalyaan was modestly equipped with five instruments – a color camera, the Lyman Alpha Photometer used to measure the composition of Mars' upper atmosphere, a thermal imaging spectrometer, another named the "Mars Exospheric Neutral Composition Analyzer," and a methane sensor.

Those instruments nonetheless produced plenty of data. ISRO listed the following achievements of the mission: 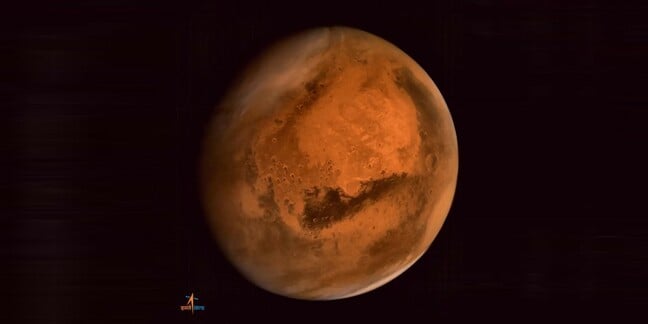 Mangalyaan reached the launchpad after expenditure of just $74 million, considerably less than the cost of comparable missions launched by other nations. The craft therefore became a symbol of Indian ingenuity and innovation, and a subject of great national pride even if it was often pointed out that India's pervasive poverty means the nation's interplanetary space program may be an indulgence.

In 2019, ISRO tried and failed to land the Chandrayaan-2 probe on the Moon. The Organisation plans a crewed launch in 2024, along with missions to send probes to Venus and Mars. ®