Well, yeah, when the batteries and power supplies can handle it, too

Experimental tech designed to cool NASA equipment in space has an Earth-bound use as well: slashing electric vehicle charging times to five minutes or less.

Using a technique known as "subcooled flow boiling," this technology could boost the amount of electrical current today's EV chargers are able to supply to automobiles, by improving the transfer of heat from the charging cables, the US space agency explained on Tuesday. That would dramatically reduce the amount of time taken to charge a vehicle.

NASA reckons a current of at least 1,400 amps would be enough to charge a car within five minutes. To put this in context, advanced chargers available to science and industry today only deliver currents up to 520 amps, while most chargers on the market for consumers "support currents of less than 150 amps."

A team at Purdue University, headed by mechanical engineering professor Issam Mudawar and sponsored by NASA's Biological and Physical Sciences Division, said it has achieved 2,400 amps along a cable using subcooled flow boiling, far more than what would be required to charge an EV in five minutes or less. Note that this was a lab experiment with just the cable: a vehicle in the real world would need a suitably rated battery and power supply as well as a cooled cable to achieve that sub-5 minute charge.

The academics' cable design, we're told, could be used "to deliver 4.6 times the current of the fastest available electric vehicle chargers on the market today by removing up to 24.22 kilowatts of heat." That 4.6 figure is from taking 2,400 amps and dividing it by the 520 amps of an advanced charger.

Purdue visiting assistant professor of mechanical engineering VS Devahdhanush, who worked with Mudawar on the project, said the Purdue team has worked with NASA for more than a decade, in which Mudawar and his group have studied several different two-phase fluid flow and heat transfer models, including subcooled flow boiling.

"During this period, we have learned a lot about these physical phenomena," Devahdhanush told The Register.

NASA is certainly interested in the boffins' subcooled flow boiling, and applied the technique in its Flow Boiling and Condensation Experiment (FBCE) that ran on the International Space Station in August of last year and was designed to test the technology in a microgravity environment.

In NASA's FBCE experiments, a series of devices are used to direct non-conducting dielectric fluid into a channel where superheated devices are mounted. As heat is generated by the devices, the liquid in the channel heats and eventually begins to boil. As the liquid boils, bubbles form on the walls and shoot off at high frequency, which moves liquid from the cooler toward the hotter side. 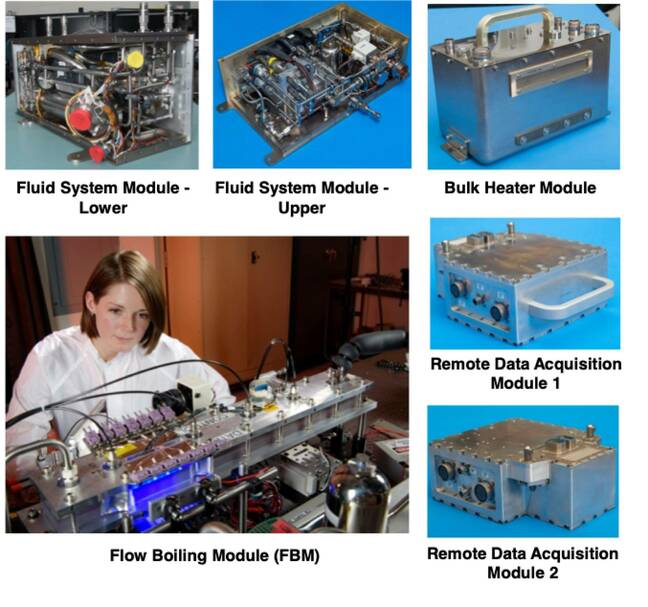 "This process efficiently transfers heat by taking advantage of both the liquid's lower temperature and the ensuing change of phase from liquid to vapor," NASA said, noting that it works even better when the dielectric fluid is chilled well below the boiling point.

How cold fluid can fast-charge EVs

One of the biggest drawbacks to current EV technology is charging speed: hours can be added to a long trip while the car is being charged – if, and when, chargers can be found.

"Charging cables for conventional, 350-ampere, 'fast charging' systems require sizable conductors, rendering the charging cable quite heavy and inconvenient for customers to maneuver," NASA said. Additionally, those chargers are only able to output a fraction of the energy needed to charge an EV in the same amount of time it takes to get a full tank of gas.

"The NASA FBCE experiments and results did inspire some aspects of our EV-cable-cooling experiments, especially by contributing to our technical know-how on this physics," Devahdhanush told us.

Devahdhanush said this fast-charging tech isn't exactly ready for rollout, and the exact time-to-market of subcooled flow boiling cables depends on support from government agencies and industrial partners willing to invest in the tech.

While still in the research phase, Devahdhanush said, "We are presently working with several automobile component manufacturers to further improve and implement this technology."

Devahdhanush now serves as the assistant director at Purdue University's Electric Vehicle Charging and Thermal Management research center, where he, Professor Mudawar, and a team "are engaged in research and are presently discussing with several entities to finalize R&D efforts related to several components of the EV charging process and the EVs themselves." ®