On Saturday the nation's Industry Ministry published an assessment of the bans and reasoned the impact on local companies should be limited.

But the Ministry also noted that chip plants in China operated by South Korean giants Samsung and SK hynix are still subject to review under the United States' revised export controls, making it important to minimize uncertainty through ongoing consultation with US authorities to ensure Korean firms remain on the right side of regulations.

The chipmakers themselves, meanwhile, have reportedly both expressed cautious hopes those talks allow them to continue operations in China without complications.

China, for its part, has condemned the added restrictions. On Saturday, Foreign Ministry spokesperson Mao Ning said the US bans "will hinder international sci-tech exchange and trade cooperation, and deal a blow to global industrial and supply chains and world economic recovery."

While we're on Korean chipmakers and supply chain issues, cast your mind back to March when the world noticed that one effect of Russia's illegal invasion of Ukraine was disruption to supplies of neon gas – a vital input to chipmaking processes.

SK hynix last week announced it has sourced its own neon.

The company said it sourced the gas in April, now meets 40 percent of its needs from locally produced gas, and will use only local suppliers by 2024.

Execs added that the memory-maker also plans to procure krypton and xenon gas locally by June 2023.

Global datacenter and colocation provider Equinix announced a $74 million expansion and datacenter build in Indonesia. The eight-storey facility is scheduled to open in the nation's capital, Jakarta, in the second half of 2024 and provide over 1,600 cabinets and 5,300 square meters of colocation space. 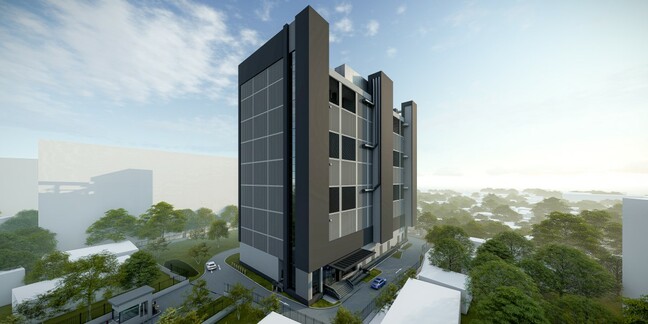 The plant will provide lithography equipment – the tools that etch semiconductor circuits – and will be the first new Canon plant to do so in 21 years. Canon currently controls 30 percent of the global lithography equipment market – a market that is expected to rise 29 percent year-on-year in 2022.

This shortage saw India's networking market – including ethernet switches, routers and WLAN segments – grow at just 2.9 percent year-on-year for the second quarter of 2022. It has also created growth in the datacenter switching segment in the quarter.

But despite increased costs in network equipment (thank supply shortages, fluctuating currency and logistic troubles), demand has not weakened and network equipment vendors are experiencing six-month backlogs. IDC says things should get better in the second half of the year.

Cisco was India's networking market share winner for Q2 2022. The company claimed just over half of ethernet switch revenue, over 62 percent of router revenue, and fell less than half a percent behind market leader TP-Link when it came to WLAN.

Scammers relying on phishing tactics cost South Koreans over $1.23 billion in the last five years, according to data released by the Ministry of Justice and the Financial Supervisory Service on Thursday. Less than a third of the money ($371 million) was retrieved.

The amount equates to a total of 248,000 cases, reported local media.

The government of South Korea has instituted measures to make it easier for bank account holders to cancel transfers, in an effort to decrease the impact of such scams.

Meanwhile the minister in charge of the Monetary Authority of Singapore, Tharman Shanmugaratnam, said anti-scam measures had reduced unauthorized banking transactions in Singapore, such as lowering limits on its near-instant real-time bank payment system, PayNow.

The city-state was plagued by an ongoing scam involving Southeast Asia's second largest bank, the Overseas Chinese Banking Corporation (OCBC), at the end of 2021. Threat actors stole a combined SG$13.7 million ($10.2M) from 790 customers by spoofing text messages. Communications and information minister Josephine Teo said in 2021, 12,000 suspected scam websites were blocked, compared to only 500 in the previous year. At the peak of the OCBC scam, the government blocked 52 related sites in one day.

Singaporean officials advised that banks and consumers alike should share in the fallout and that it would work out a scheme to ensure equal responsibility for losses related to scams. On Wednesday, Singapore's Minister of State, Alvin Tan, said MAS was still "working with the industry to finalize a framework for the equitable sharing of losses resulting from scams."

"It is taking us longer than expected to design a fair and effective framework that ensures shared responsibility across the ecosystem and incentives for each party to be vigilant against scams," said Tan.

In the first half of 2022, the Singapore Police froze over 7,800 scam-related accounts and recovered more than $55 million.

Singapore's government tabled a bill in parliament last Monday that would require social media companies with a sizeable presence in the city-state to limit exposure to harmful conduct or face a fine of up to $1 million and potentially have services disabled or blocked.

Known as the Online Safety Bill, the measure is proposed as part of the country's Broadcasting Act.

Parliament will debate the bill in November 2022.

Our regional coverage from last week included an exclusive interview with the founder of cybersecurity firm Acronis, Serg Bell, in which he revealed he's afraid of his vacuum cleaner – thanks to the inherent privacy risk associated with data hoovering (pardon the pun) by smart devices masquerading as mundane household items. Google has discontinued its China-based Google Translate app and site citing low usage. Google held tiny market share in China as its services are blocked and users required a VPN to access.

As for the Great Firewall of China, it appears Beijing has upgraded it to crackdown on TLS encryption-based tools commonly used to circumvent the firewall.

A data theft scandal has left the cut-throat world of discount sushi raw and the CEO of Japanese chain restaurant Kappa Sushi unemployed. The CEO, Kobi Tanabe, admitted to workers that a rival firm he once led sent him confidential commercial data and said whether he had committed a crime or not was "a matter of contention."

Speaking of CEOs, Simon Yang stepped down from the role at Chinese RAM and SSD maker Yangtze Memory Technologies Company (YMTC), leaving many scratching their heads for a reason why.

And another company facing a data breach was the hotel chain Shangri-La Group. Data was exfiltrated during the Singapore hotel's "Shangri-La Dialogue" – an event whose attendees included the prime minister of Japan, US defense secretary Lloyd J Austin III, plus defense ministers and other senior figures from Australia, Indonesia, France, Malaysia, Qatar, China, the UK, Germany, and many other nations.

Indian IT service giant Wipro asked employees to return to the office three days a week. TCS has done similar. The industry is struggling with what to do about staffing issues, with reports surfacing that freshers are having start dates delayed or contracts cancelled.

Meanwhile, a US judge denied motions from Infosys to dismiss claims of discrimination in recruiting. A former recruiter for the company alleges she was advised to steer clear of workers over age 59 or women with kids "at home" circa 2018.

Also in India, developers of the open source VideoLAN media player have challenged the government's action to block its website.

Japan Aerospace Exploration Agency (JAXA)'s Martian Moons eXploration (MMX) has progressed to testing its bus system and mission instruments. The mission is the world's first to bring samples from Phobos, one of two moons orbiting Mars, back to Earth.

In other space news, India's Mars Orbiter Mission was deemed "non-recoverable." The spacecraft was lost and is believed to have run out of propellant, making it unable to recharge via solar panels. The mission had a good run, lasting 16 times longer than expected.

South Korea issued a publicly available notice on Wednesday demanding the return of cryptobro Do Kwon's passport. The founder of Terraform Labs currently is currently wanted by South Korean authorities who allege he violated the nation's capital market law. The $40 billion collapse of his company's "stablecoin" TerraUSD and similar Luna tokens is widely seen as what set off an industry-wide crash.

And Samsung has released a smart monitor that failed to impress The Register. ®

Updated Floats over missile silos, shooting it down ruled more dangerous than whatever it's up to
Security3 Feb 2023 | 128