Castrol – the oil lubrication company – is planning to build development and test facilities for datacenter immersion cooling technology at its UK HQ to support validation programs for its products, and customers.

While many will associate Castrol with car engine oil, the company has now turned its thermal management nous to producing immersion cooling fluids for IT equipment in partnership with Submer, as detailed earlier this year.

The company, a subsidiary of BP, said it plans to build the facility at its global headquarters in Pangbourne, UK, as part of BP's recent announcement that it would invest up to £50 million ($56 million) to create a global battery test center and analytical laboratory for electric vehicles at the same site.

A spokesperson for Castrol told us the facility was expected to be operational at the same time as the BP battery test center, which is scheduled for the end of 2024.

The purpose of the test facilities is to help Castrol's engineers develop specialized immersion fluid technologies for datacenters and IT/communications infrastructure, but also methods to capture and reuse heat from datacenter operations to further increase operational efficiency.

The facility will also support test and validation programs for customers and partners, the first of which is Submer. The site will see the installation of SmartPod and MicroPod tank systems from Submer, which have been adapted for testing new fluids and new server equipment, according to Castrol. 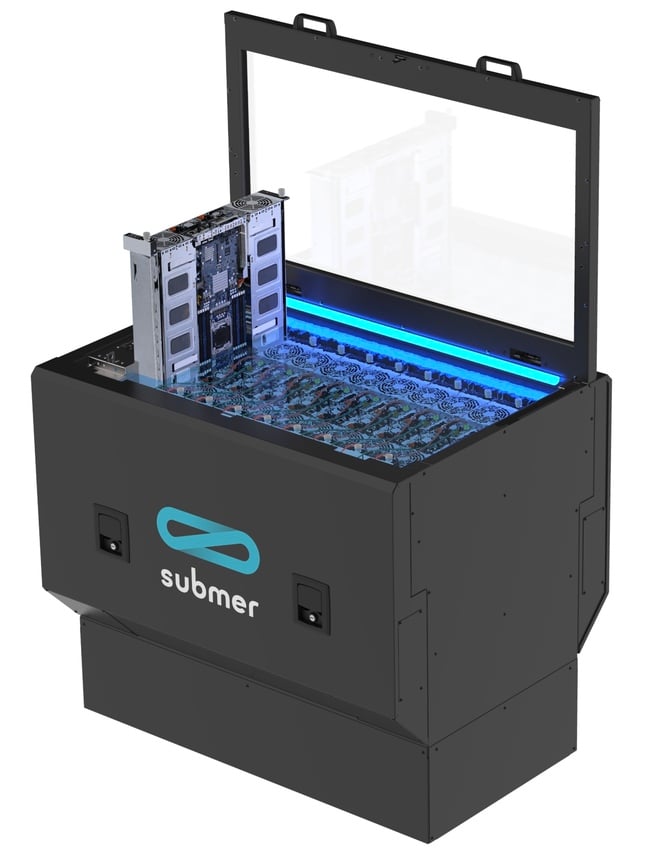 Elsewhere, French-owned cloud and bit barn provider OVHcloud detailed how it has developed its own cooling technology using a mix of water and immersion systems.

It passes water through heatsinks attached to CPUs and GPUs in a similar system to that currently used in all OVHcloud servers. This is connected by a proprietary serpentine convection coil to a pumping substation and a dry cooler to evacuate heat outside the datacenter.

For the immersion cooling, the fluid is held in a tank and cools all the server components rather than just CPUs and GPUs.

Another part of Hybrid Immersion Liquid Cooling is a new passive rack design with no pumps nor fans, so no power is used for cooling purposes at the rack level, with the result that power consumption for cooling infrastructure at the datacenter is reduced by at least 20 percent compared to the existing water cooling system, according to OVHcloud. ®