Although large in-space construction projects are the stuff of science fiction, they will have to become science fact as missions grow ever more ambitious. Researchers at the University of Lincoln have decided to get a head start.

"We need to introduce sustainable, futuristic technology to support the current and growing orbital ecosystem," said lead author Nair, PhD candidate at the University of Lincoln.

"As the scale of space missions grows, there is a need for more extensive infrastructures in orbit. Assembly missions in space would hold one of the key responsibilities in meeting the increasing demand."

Although the most powerful space telescope, the James Webb, is in orbit now, the apertures could always be larger. Lest we forget that "space is hard," advancements hereon are hamstrung by the size of today's launch vehicles, which have limited payloads, so future equipment will have to be constructed up there.

And yet extravehicular activity, tasks performed by astronauts outside the relative safety of spacecraft, is incredibly dangerous and difficult.

To that end, the researchers proposed a "seven degrees-of-freedom fully dexterous end-over-end walking robot," a limbed robotic system that can move along a surface to different locations to perform tasks – think a Slinky or walking compass (the circle-drawing variety). 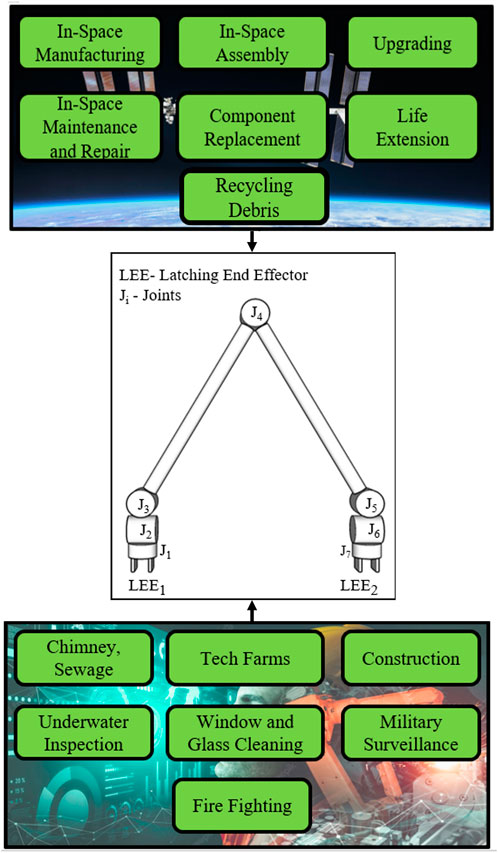 They embarked on an in-depth design engineering exercise that tested the robot's capabilities in efficiently assembling a 25m LAST in orbit.

"Our analysis shows that the proposed innovative E-Walker design proves to be versatile and an ideal candidate for future in-orbit missions," explained Nair. "The E-Walker would be able to extend the life cycle of a mission by carrying out routine maintenance and servicing missions post assembly, in space."

He added that a scaled-down prototype would also be an ideal candidate for servicing, maintenance, and assembly operations on terra firma, such as carrying out regular maintenance checks on wind turbines.

But the study was only a "design engineering analysis of a full-scale and prototype model of the E-Walker." Now the researchers have the task of actually building the thing. "The E-Walker prototyping work is now in progress at the University of Lincoln; therefore, the experimental verification and validation will be published separately," Nair said. ®