Yet more nagware to use the Edge browser, plus some usefully re-imagined tools liberated from the maze of the Settings menu

Something interesting has popped up in a Chinese language corner of Microsoft's website: a tool called PC Manager that provides easier access to utilities that dwell somewhere in Windows' Settings menus.

While the site is in Chinese, the tool is not – so we took it for a spin. 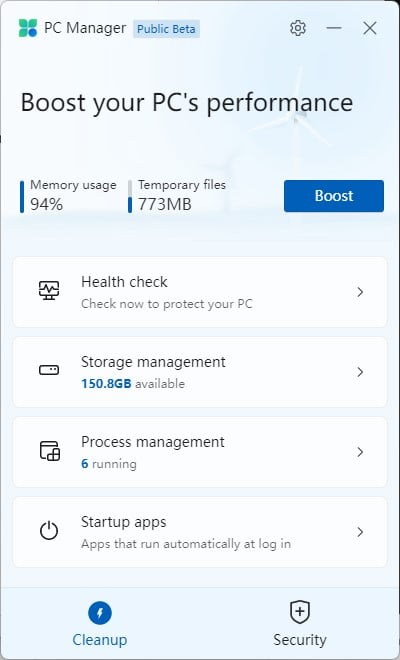 The tool has two tabs, one of which is labelled Cleanup. Clicking on the Boost button sees the tool clean up temp files. The memory usage metric dropped a pleasing 15 percent after that single click.

The Health Check button produces a screen that offers the chance to clean up temporary files and stuff in your browser cache or disable startup items.

Filed under "Potential issues" is a single item: "Reset default browser to Edge".

Yes, nagware disguised as a PC health check. Remember this, dear reader, next time you hear Microsoft say how respect is one of its values. Its never-ending exhortations to stop using rivals' browsers indicates the company clearly does not respect users' choices or time.

The Storage Management option brings users the chance to detect and destroy old and useless fonts. This evidently included, on your correspondent's test machine, three entire kilobytes of cache from Internet Explorer – which Microsoft has deprecated in favor of Edge (and which was never installed on the PC I'm using to write this article).

A Manage Apps option opens the list of installed apps and offers to remove them. Storage Sense just links to an option to manage when Windows deletes temp files or unused documents – that's already available in the Settings menu.

The Process Management button is actually useful, as it produces the following lite version of Task Manager. I so do not need those bottom three processes, and this tool makes them easy to dispel. A Startup Apps menu also improves Windows 11's default control panel for handling the software that boots along with a PC – but can't add startup apps. 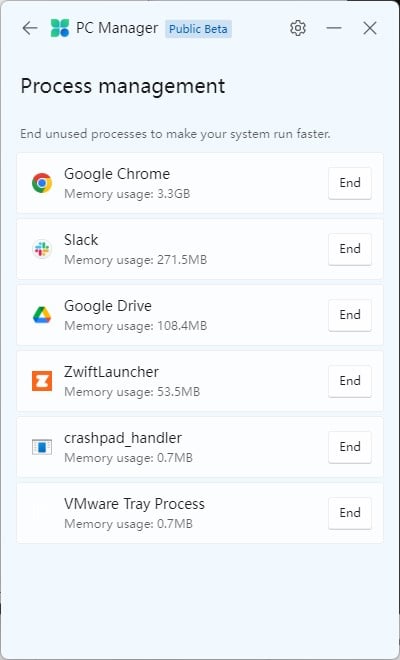 The "Security" tab features a big button marked "Scan" that appears to run Windows Defender and took a few minutes to scan 84,000 files on my machine.

Another button offers the chance to view and implement available Windows updates.

The Security tab ends with a Browser Protection menu that again offers the chance to reset your default browser to Edge, plus a control to turn on features that "Block change by malicious apps."

At this point, dear reader, Windows feels like that malicious app, so often does it urge me to resume use of Edge.

Microsoft's not said anything in public about the tool, but another page details its history back to a version 1.1 released in March 2022. Version 2.0 arrived in mid-June, followed a month later by version 2.1. the current version 2.2 debuted in mid-August. That monthly cadence has not been continued, seeing as here we are two months later in October without an update in sight.

The tool runs on Windows 10 (1809) or later versions of Microsoft's flagship OS. We've asked the company for more info on the tool and will update this story if we receive substantive information. ®