An unexpected move, but we suspect that Carl Sagan might have approved

Mozilla has announced the successor to the Mozilla Builders incubator: Mozilla Ventures.

Mozilla defined the project in a post as an investment fund for early-stage internet startups that Mozilla feels align with the Mozilla Manifesto. The fund will officially open next year, but has already made some preliminary investments.

The initial pot of $35 million will go towards "seed to series A startups… whose products or technologies advance… values… like privacy, inclusion, transparency, and human dignity."

Some backing has already been given to three new companies: Block Party, heylogin, and Secure AI Labs.

The investments will be guided by partner company Lucid Capitalism. Even so, like any investment fund, this is essentially a gamble. As for the companies it has backed so far, heylogin offers a passwordless authentication tool, a sort of password manager without a master password, while SAIL offers a tool to pool and query clinical results from medical trials in multiple hospitals while preserving patient confidentiality.

Of the three, given the scale of the layoffs happening at Twitter, Block Party's tools to block harassment on Twitter could have the strongest prospects right now. Unless, that is, the platform implodes.

This isn't a move we expected from Mozilla, but then again, the organization does have a track record of unexpected maneuvers. A fine example is this rather bemusing Mozilla email submitted by reader Adam Kean: 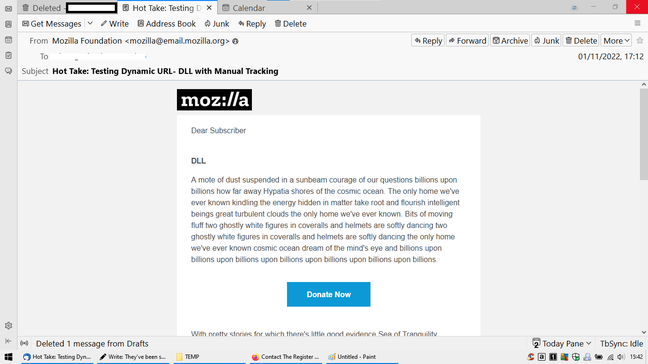 Venture capital isn't the only unexpected move from Mozilla of late

This message was followed closely by another, containing an apology for spamming "a couple hundred thousand friends." Or possibly former friends, we suspect. 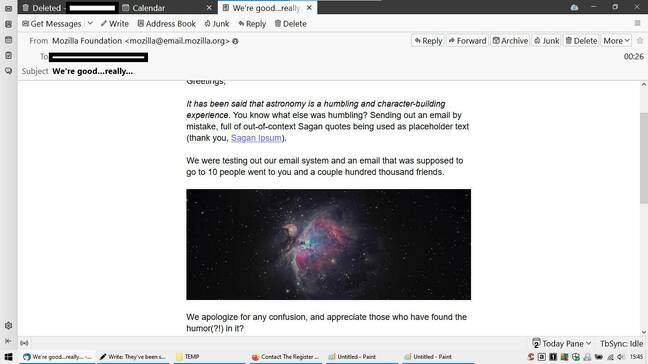 The text, apparently, came from the Sagan Ipsum generator – the server for which, note, doesn't use HTTPS, so you might get a security warning. Adam did. 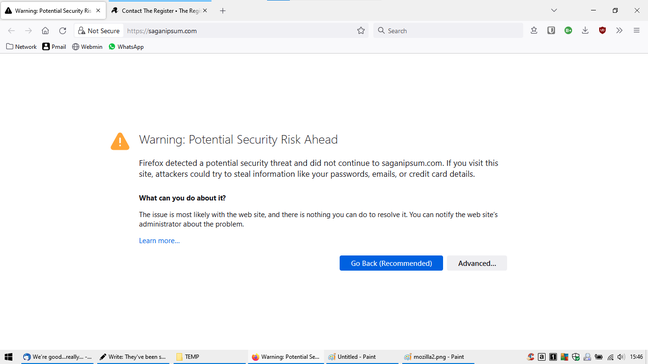 Although the site seems innocuous enough, this warning did not reassure our reader

Could have been worse, we suppose: Mozilla could have emailed billions and billions. ®