Apparently, you can still get laptops with good keyboard feel

Review Tuxedo Computers offers an unusual machine: a Linux-based laptop with, of all things, a mechanical keyboard.

The Bavaria-based company offers a range of guaranteed Linux-compatible laptops (and a few desktops, which tend to be a bit easier in compatibility terms: it's easier to swap bits in and out 'til it all works). We mentioned the release of Tuxedo Computers' new AMD-powered laptop and the company's external liquid-cooling system in the summer.

The company asked us if we would be interested in getting a review model of one of the machines, and with a handful of models with mechanical keyboards, our interest was piqued. 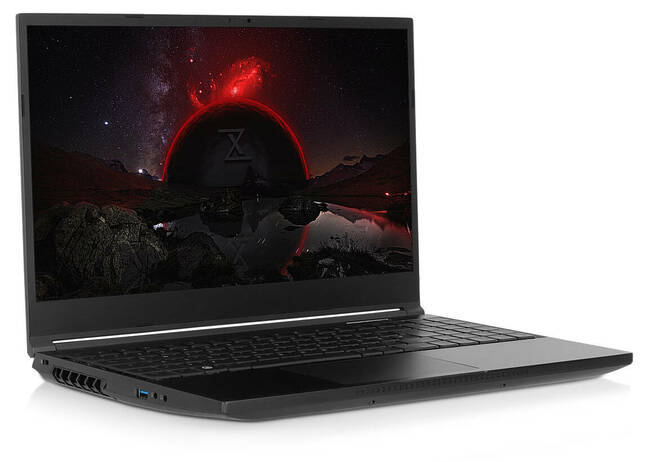 (Regular readers may have worked out by now that the Reg FOSS desk is especially particular about keyboards, which is why we have multiple 2011-vintage Thinkpads around for testing on, our interest in replacement innards for vintage Thinkpads. As we mentioned when writing about an album of mechanical keyboard sounds, these words are bashed out on an IBM Model M. Some other Reg hacks are vintage ThinkPad-fondlers and buckling-spring bashers, too.)

This is why we are looking at a Stellaris 15 G4 – the AMD-powered version. This is one of their models which supports the Aquaris external water-cooling system. We didn't have one of those to test, but from the specs, we're surprised that this can't also act as a docking station. Another surprising feature is the hefty power, which uses a C13 connector – in other words, a desktop-style "kettle lead" – rather than the C5 connector (or "mickey mouse lead") we're used to. Not a problem, just unexpected.

The Stellaris is a serious chunk: it weighs about 2.2kg (Google tells us that's some 4lb 13½oz). The machine's case is mostly metal, and it feels reassuringly solid. The battery, and memory slots, are concealed within the casing: you'll need to remove the base to get at them. For a large laptop, we felt it has relatively few ports: three USB 3 type A ports, two on the left and one on the right; on the back, one USB-C, one HDMI and one Ethernet port. Surprisingly for a 2cm thick laptop, the latter has a fold-out connector. There are also separate headphone and microphone sockets, a full-size SD card reader, and an opening for a security lock. Not bad, but on a machine that is no slimline lightweight model, we feel they could have easily fit in a few more USB ports and a DisplayPort connector.

The screen is big, bright, and sharp, with wide viewing angles. The resolution of 2,560×1,440 is usable without fractional scaling, for instance in Unity, although we found it more comfortable at 1.25 magnification in GNOME or KDE. The wifi is also unusually quick. The camera and the speakers are less impressive, but they are serviceable.

But we were especially interested in the keyboard. This is a type sometimes called a "zero matrix" board: it's flat, but not a chiclet design: there's no fascia between the keys. Key travel is short, about 3mm, but not as short as most modern keyboards. The feel is excellent, with a crisp, quiet click on activation. The keyboard is also backlit: the keys legends glow, and the colour can be set in the UEFI firmware. Our review machine has a German QWERTZ layout, which is not one of your reporter's favorites, but Tuxedo offers multiple international layouts.

The physical layout, though, you can't change, and we found this cramped. The machine squeezes in a numeric keypad, but there isn't really enough room for it: it's only three columns of keys wide, and it's contiguous with the main alphanumeric block to the extent that the cursor-right key is in the numeric keypad. We found it uncomfortably cramped, and would have preferred a more spread-out "tenkeyless" layout without the keypad.

We threw various OSes at it to see which would stick. Tuxedo OS, Fedora 37 (beta), Ubuntu, Kubuntu and Ubuntu Unity (both 22.04 and 22.10): all installed without a hitch, and all hardware worked immediately, including Wifi. Out of curiosity, we also tried FreeBSD 13.1, but it was unable to see either wired or wireless network adaptors. Tuxedo tech support told us "TUXEDO hardware is optimized only for Linux (and especially, Debian/Ubuntu based) operating systems." BSD fans beware.

We also experimentally tried Windows 11, which worked fine but couldn't see the machine's Wi-fi adaptor. The company does offer Windows drivers on its customer support site, though, and they can optionally be supplied with the machine.

We did hit some snags, though. On some distros, for instance Ubuntu, the keyboard backlight didn't come on. With no illumination, the keyboard legends are a dark gray, which on the black background of the keys is hard to read. We tried two distros that used kernel 6.0: the latest openSUSE Tumbleweed and Nitrux OS. Both had a serious problem: the keyboard didn't work. Plugging in a USB keyboard worked, but we suspect some interaction between this relatively new model of CPU and its firmware and the new kernel.

No doubt this will be sorted in an update very soon, but it shows the perils of combining open-source OSes and cutting-edge hardware, even when specifically sold as a Linux machine.

We reviewed the AMD-based model: our machine had the unexpected pairing of an AMD CPU plus an nVidia GPU: a Ryzen 9 6800HX CPU, plus a GeForce RTX 3070 Ti GPU with its own 8GB of RAM. Our machine has 32GB of main memory and a 1TB NVMe drive. As you might expect, it shipped pre-installed with Tuxedo OS 1, the company's own flavor of Kubuntu. As configured, this model would cost €2,858 ($2,833, £2,508). An Intel model is also available with a Core i9-12900H CPU. This is a formidable portable workstation: if you will forgive us an appalling pun on the most famous former resident of Tuxedo's hometown Augsburg, it is one fast Fugger.

Overall verdict? It's a deluxe portable workstation. Ten out of ten for keyboard feel, which is by a long way the best your correspondent has encountered this century. It outdoes our Thinkpad X200 and X220, and that's high praise indeed. The layout, however, not so much.

Whether you get on with it or not depends on your feelings about new layouts: some people find it easy to adapt, some don't. It would have been preferable without a numeric keypad shoehorned in when there wasn't really enough room, while there was plenty of room for twice as many USB ports and monitor connectors, plus a non-folding RJ45 jack. ®