Can't do anything about their musical taste though

The feat is accomplished with a design for a speaker enclosure that is claimed to hold sound in a very small space.

"With these earphones, you will be able to communicate with people around you without worrying about sound leakage to the surroundings," said NTT, which is exhibiting the tech at an upcoming company R&D forum. 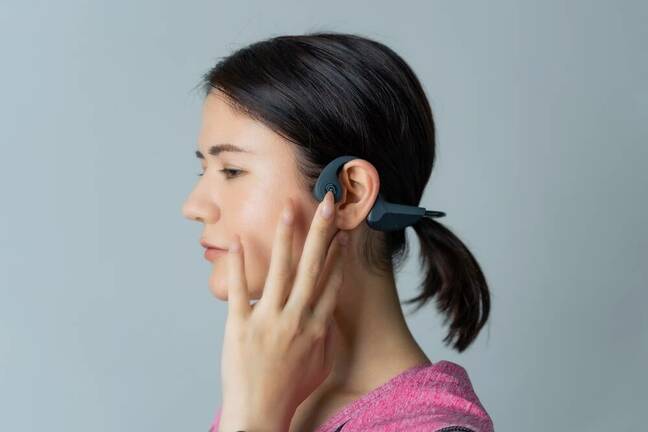 Open-ear earphones include items like neck speakers (some examples) and bone-conduction earphones (see image above) and are great for those who find canal-type earphones uncomfortable or unhygienic. However, they are notorious for leaking sound – an undesired feature in any work landscape, but even more so in today's work-from-home environment where co-workers double as spouses and roommates.

Canal-type earphones also block external sound and therefore situational awareness. This makes them not great for things like multitasking or navigating the environment – for instance commuting through public transportation. Coincidentally, public transport is an environment in which it is generally thought socially unacceptable to blast your conference call or Spotify playlist.

NTT said its design fixes such conundrums by localizing sound through a single speaker with multiple carefully placed holes on the sides of the enclosure. According to NTT, the design "enables the sound leakage to become very small as sound moves away from the ear."

NTT is calling the localization tech Personalized Sound Zone (PSZ), which does somewhat more than optimizing holes in a speaker enclosure. It also pits normal phase and reverse phase sound waves against each other to cancel out at distances. 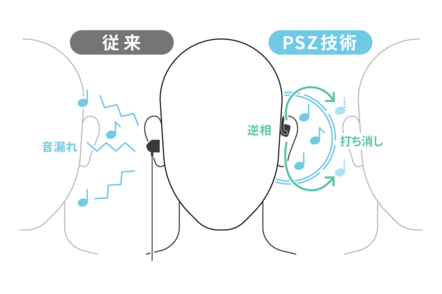 The Japanese company claims that tests show a user can be listening to 80dB of music, but at 15cm away the space is as quiet as a library.

"Open-ear earphones utilizing our technology will be released by NTT Sonority," said NTT.

NTT Sonority is an acoustics-related affiliate of NTT Group. Its YouTube account consists of one video showcasing some wired earphones that use the ear targeting acoustic tech – the MWE001, which weigh 9 grams and hook over the ear.

MWE001 is developed by NTT, but also supported by crowdfunding.

PSZ is also being rolled out for aircraft passengers as an in-flight entertainment tool. NTT Sonority is teaming up with aerospace interiors company Jamco to install the tech into seat headrests for a headphone- and earbud-free experience.