Nine days into its flight to the Moon and beyond, NASA's uncrewed Orion capsule is due to fire its engines for an insertion burn that will place the craft into a distant retrograde orbit (DRO) about 50,000km from the lunar surface.

The orbit is so large that it will take Orion six days to complete half of a revolution, at which point the spacecraft will exit orbit for the journey back home.

The Orion capsules are designed to be partially reusable. While this iteration is likely headed for a museum if it returns in one piece, NASA hopes to salvage the avionics systems for Artemis II, due to launch in 2024. Otherwise the team will be able to gather a lot of data on what can actually be reused (like the heat shield) once the test flight is complete.

Artemis I mission manager Mike Sarafin has previously described Orion's debut flight as a "true stress test." He said: "Without crew aboard the first mission, DRO allows Orion to spend more time in deep space for a rigorous mission to ensure spacecraft systems, like guidance, navigation, communication, power, thermal control and others are ready to keep astronauts safe on future crewed missions." 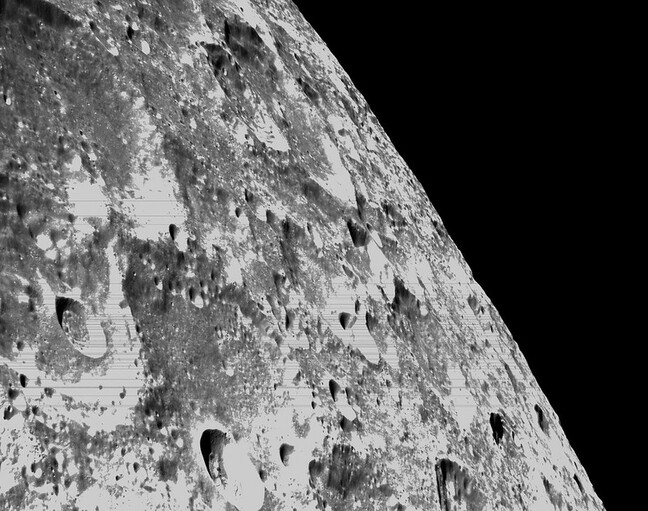 Orion has made hay on its journey to DRO, coming as close as 130km from the regolith and taking some fantastic shots with its optical navigation camera of the Moon's far side, which is never seen from Earth due to the satellite's tidal locking.

Yesterday the spacecraft completed its sixth and final outbound trajectory correction burn at 21:52 UTC before entering DRO, firing the European Service Module's auxiliary engines for 17 seconds to propel Orion at 8.9 feet per second. While in orbit, three orbital maintenance burns will keep Orion on course. 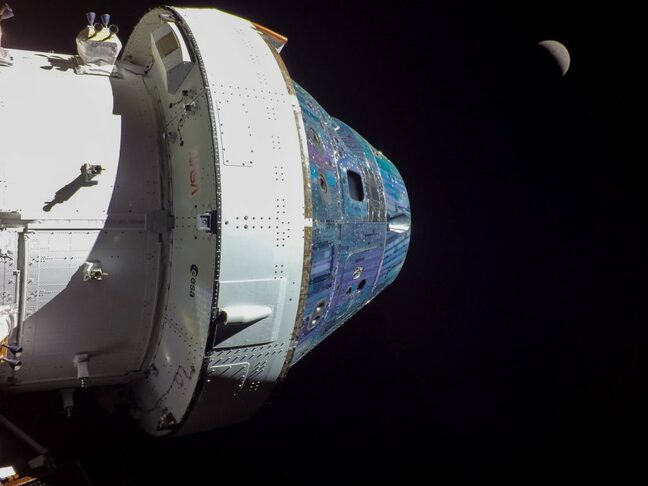 NASA took the opportunity for an Orion "selfie" with the Moon using a camera mounted on one of its solar arrays at 03:57 UTC, illustrating the immense distances involved. The DRO insertion burn is scheduled to take place at 21:52 UTC today. ®