If you like the flavor of Cinnamon, good news: you'll get a new version

The first beta version of Mint 21.1 is now available for download, and the flagship Cinnamon desktop edition contains the biggest change, with a new version of the desktop. 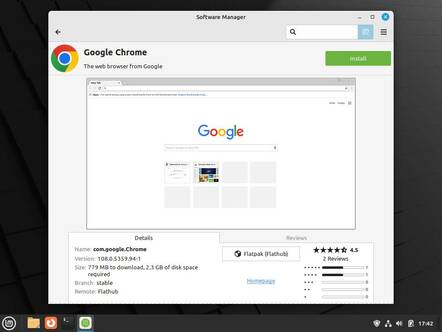 Mint 21.1's Cinnamon 5.6 looks much the same as before (click to enlarge). If you pick the "modern" look, there's just an inconspicuous show-desktop rectangle at the end of the taskbar

The latest post on the Linux Mint blog says the forthcoming Mint version 21.1 has gone into beta, and downloads for all three editions are on the project's mirror servers. (Look for your nearest mirror, then look inside the testing folder.)

As has been the case since 2014, Mint releases are based on the LTS versions of its upstream parent Ubuntu. Since Mint 17, the project stopped building versions based on Ubuntu's short-term releases. So Mint 21.1 is still based on the current Ubuntu LTS: that's now 22.04.1. This isn't a big change, so you shouldn't expect it to be majorly different from version 21, which we reviewed in August. The big differences from Ubuntu remain the same: native Debian-packaged Firefox, no Snap support, Flatpak instead – but by default with no Flatpaks installed. 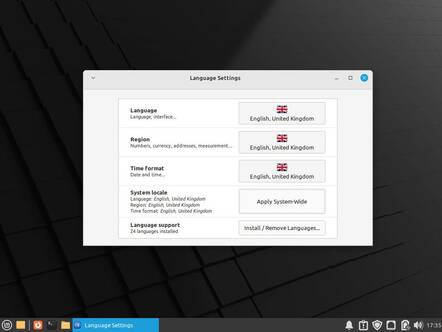 All three desktops share the same themes and look consistent, which many other distros fail. This is Xfce, showing Mint's handy standalone region settings applet

As hinted at in the project's previous blog post, the big feature is a new version of the Cinnamon desktop environment. Mint 21.1 will come with Cinnamon 5.6, replacing Mint 21's Cinnamon 5.4. The beta has Cinnamon 5.6.4, but the new features are fairly modest. The "show desktop" button next to the start menu button in the taskbar has been replaced by a separator, because there's a new "show desktop" region at the end of the taskbar.

This looks and works much like the analogous function on the end of the Windows 7 taskbar. Being in the corner, it's easier to hit. Unlike in Windows, it can be customized with a right-click, and you can drop files onto it to place them directly onto the desktop. The Nemo file manager has new, more colorful icons, and no longer highlights files' icons when they're selected, only their names.

Most of the other changes apply to all editions. The MATE version comes with version 1.26.2, and the Xfce edition with Xfce 4.16.4. All three have updated icon and mouse pointer themes, with new, brighter, yellow folder icons, and stylish mouse pointers with no tail. There are no desktop icons by default, although you can re-enable them if you wish. 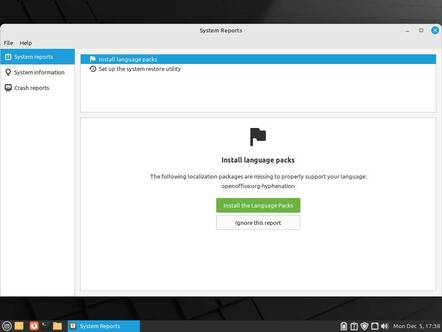 The MATE desktop also looks very similar, too. Don't forget to check that your language packs are fully installed

Mint replaces Ubuntu's "Software & Updates" program with separate tools for managing software sources and device drivers. Both have been improved in this version; for instance, the Driver Manager app can now be run without entering your password – although as before, we found that it didn't detect when the distro was running in VM, nor offer to install guest additions. The Update Manager app now handles updating Flatpaks as well as .deb packages. The Software Manager has a dedicated screen for managing authentication keys for external repositories, as well as the old tab of troubleshooting and repair tools. A new graphical tool to check the integrity of ISO files with a right-click is helpful, as is a tool for writing USB keys.

Just as with Ubuntu, the installer geolocates your region and sets the time, date and currency formats to there, which may be what you want. If it isn't, the Languages tool makes it easy to change: we suggest making sure that all three settings match. After setup, as is also common on Ubuntu, not all regional support may be fully installed, but the System Reports tool will tell you, and fix it for you too.

Mint improves on Ubuntu in general fit-and-finish in several places, and as you might expect from a point release, the changes in 21.1 are not dramatic, but they're welcome all the same. As it's just a point release, we expect upgraders shouldn't hit any problems – but if you're on version 21, we'd suggest you wait for the final release version. ®