The intersection of computer science and physics

AWS does have a quantum computing service, called Amazon Braket, with a choice of five different brands of hardware, with different ways of implementing qubits, the base unit of quantum computing. Why is it not useful yet for anything beyond research?

"Because the quantum computers built so far have not shown yet to be impactful in business problems," says Severini. "The hardware will not bring any advantage at the moment. But the trajectory of quantum computing will be that at some point, for certain specific applications, for certain specific problems, [they are] much much faster than any other type of computer we can actually build, now and forever.

"Right now the hardware available is at the state of prototype. Enterprises use the Braket services mostly to prepare themselves, to do proof of concepts, to learn what's going on."

Severini is professor of Physics of Information in the department of computer science at University College London and has been with AWS four years, where he now reports to Bill Vass, VP Engineering.

"There is lots of talk about quantum computing but the scientific perspective is really the key," Severini tells us. "We have a research and development organization called AWS Center for Quantum Computing, the bulk of which is in the campus of CalTech [university] near Los Angeles. We have already built a number of chips but we want a quantum computer than can actually deliver value.

"We believe that error correction is fundamental, because quantum computers are very difficult to build, they are very temperamental, meaning that every operation that you apply, you have a probability of error. For a quantum computer to be impactful, you need to able to correct errors, and this is a long term investment. We don't want to play the game of how many qubits, it's the quality of the qubits, and the architecture that should scale.

"If you ask me what is the best way to build quantum computers, I don't know," he added. "Probably there isn't a best way, because being research instruments, there may be many different types for doing different things." 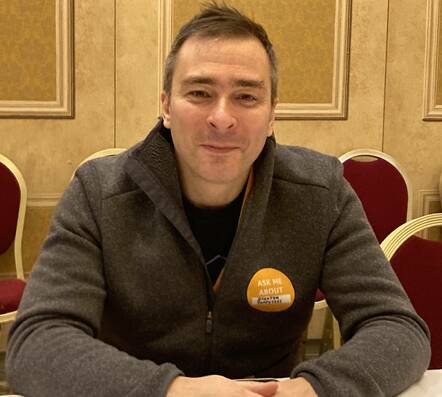 Is there an analogy with nuclear fusion, where we know the technology has enormous promise but understanding when the breakthrough will happen is slippery?

"It's not a great analogy. I think about this analogy as well," he says. "When you think about quantum computing, there is mathematical evidence that if there is a quantum computer with certain characteristics, then the problems that they will be able to solve won't be able to be solved by any other means. It's really a property of nature. Quantum theory brings computer science and physics close to each other.

"Of course nuclear fusion is potentially very impactful, but there's not this neat cut."

Nevertheless, there is the question of when quantum will be useful? "It's very hard to define a timeline," says Severini. "In a future which is not too far, there will be some devices that solve a very specific problem associated with physics itself, that may already show some advantage."

Severini references QuEra, "an analogue quantum computer, it doesn't run circuits but you program it by preparing a configuration of a number of atoms, and let the physical system evolve, and then you read the solution of a computational problem by looking at the end of the evolution of this physical system," he adds.

"This is not a universal computer, meaning that it can only solve certain problems, but for these problems associated with simulating some materials, for example, we're already on the cusp, that if you want to simulate what this machine is doing with a conventional computer, it is not so easy."

The phrase that comes frequently from Severini is "certain specific problems," the point being that we should not think of quantum simply as next-generation computing, but rather as a specialized type of computing.

What are the kinds of problems that quantum is, or will be, good at solving? There is no simple answer, Severini says. "Quantum computers like to have a small input, and a complex algorithm," says Severini, meaning they are not so suitable for typical HPC (high performance computing) use cases where huge amounts of data has to be processed.

"There are two types of problems really. Problems to do with nature. People expect that quantum computers are going to be a research tool for simulating physics itself," says Severini. A problem like simulating a molecule is impossible for a conventional computer because "you need memory which is as large as the number of atoms on the planet," he adds, but the task can be done "with a reasonably small quantum computer."

Another type of problem is human-made, says Severini, and here includes areas like logistics are "where quantum computers could have an impact."

There is a general consensus, he tells us, that "for the nature-related problems, quantum computing will be impactful sooner than for the man-made problems."

Who then is using Braket? There are three sets of customers, Severini says. There are researchers, there are enablers who work out how to integrate quantum computing with other systems and to run proof of concepts, and there are pragmatists "who don't really care if there is quantum computing or not, they want to solve problems." This includes companies keeping a watchful eye on the technology so as to be ready to use it in future. ®