What do you mean, you don't think historic handwriting is worth it?

A "clean and unused" prototype Apple-1 that actually works has been put up for auction by purveyor of Cupertino relics RR Auctions. 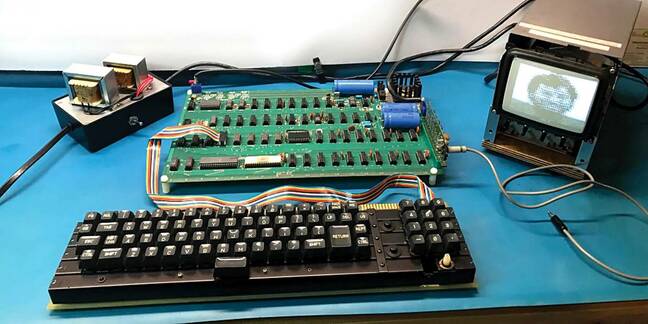 The special feature of this piece, as the auctioneers would have it, is that Steve Jobs had written down the stock number "01-00002" on the board, and that the ink on the board was verified as being in his handwriting, which is all perfectly normal and usual in the world of auctions and not at all weird like many Reg readers might think. Many of us only appreciate signatures written on checks, loan agreements, or letters from our loved ones, but clearly collectors have a different view on this than most of us.

Jobs – who in the words of Apple expert Corey Cohen "was always trying to make a buck" and "many times... would get Woz [Apple 1 designer Steve Wozniak] to help out at night so that the next day he could take credit for his work" wasn't known to have taken the time and effort to number them himself. The fact that he did, though, is a "recent revelation in the Apple-1 world," according to the auctioneers.

As for the vintage computer itself, Apple computer expert and tech historian Cohen got the thing running after restoration work he completed in 2018, which is rather impressive, and the system was again operated "without fault for approximately eight hours in a comprehensive test" in August 2022, says RR Auctions.

Byte Shop owner Paul Terrell paid the Steves Jobs and Wozniak $500 per unit for their first order of 50 Apple-1s, cash on delivery, in 1976, and sold them for $666.66 apiece. Woz alone designed the hardware, circuit boards, and the operating system for the computer, first demonstrated at a meeting of Palo Alto's Homebrew Computer Club (Terrell and Jobs were also members) in July of that year.

Bids at the time of writing stood at $241,577, but the auctioneers expect to sell the item for $375,000 and up, with an earlier prototype that was very much not clean and unused – it was in fact pretty grotty and sported a massive crack across the circuit board – being sold for well over half a million dollars earlier this year.

According to the AP, that prototype was bought by an anonymous Bay Area collector for $677,196, with the valuation boosted because Steve Wozniak had hand-soldered the board using his questionable solder-between-the-lips technique, a method which has come in for plenty of flack by Reg readers. 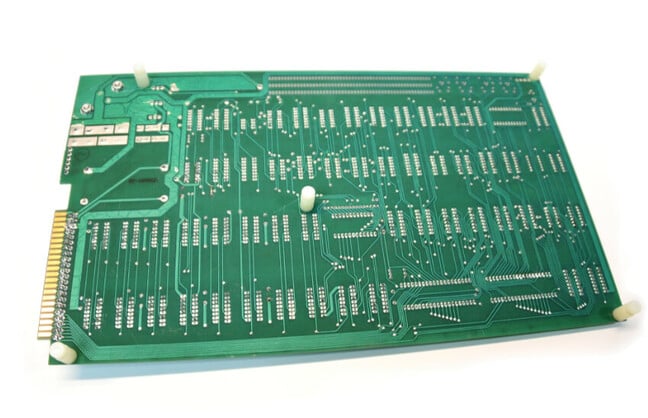 Other Apple memorabilia on the block at the auction house include a fully operational N1000 NeXT Computer, circa 1988, with workstation MegaPixel Display, a laser printer and original packaging, with bidding starting at $3,328, and a NeXT Computer brochure that Jobs signed when he was at a Pittsburgh tech luncheon. The bidding for the latter is currently at $4,638. Better not page through the thing (arguably the most interesting thing to do with it, so you can look at the full-scale full-color repros of the system board and storage components in the booklet). If you do that, the value is going to drop through the floor. It has been encapsulated in a thick plastic holder so that Jobs' signature remains intact. ®