4.18 the first update of lightweight, minimalist UNIX gear since 2020

Xfce is the slow-moving, sensible Linux desktop option, and new versions only appear every year or two. Version 4.18 is coming soon, and you can try it in the early test builds of Xubuntu 23.04.

The next short-term release of Ubuntu will be 23.04, scheduled for April, and as the company's official Twitter page hinted, it will be called "Lunar Lobster."

This release cycle, the desktop that may see the biggest changes is Xfce. Xfce 4.16 appeared in 2020, and the new version is nearly ready. 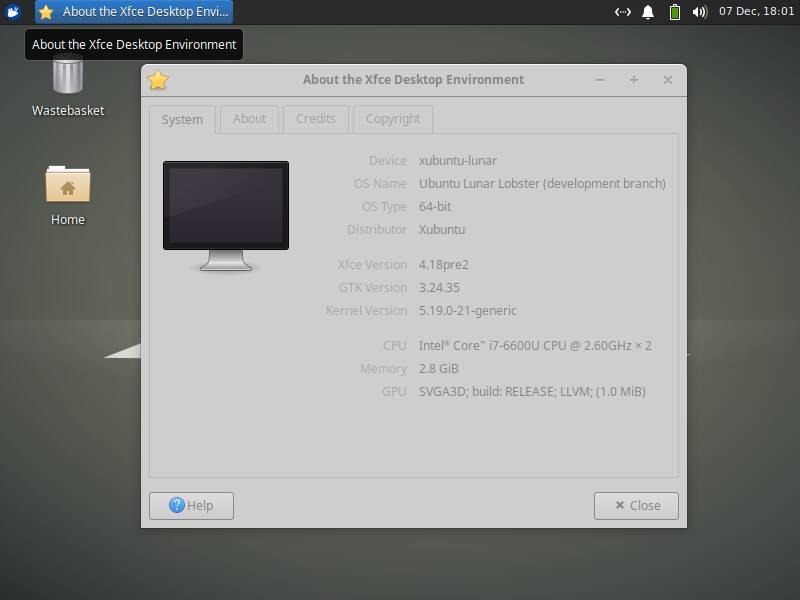 It's not even beta yet, so it's not ready for use, but what will be Xubuntu 23.04 is already shaping up well (click to enlarge)

The default Ubuntu desktop remains GNOME, which went through the pain of a major new release with GNOME version 40, which debuted in Ubuntu 21.10. KDE 5.26 is already out and you can install it on Kubuntu 22.10 now if you want to try it. Lubuntu switched from LXDE to LXQt in 20.04, and while it still uses an older version, we've covered how you can update that too.

They all work and all have their fans, but Xfce has a few key strengths that make it worth a look. It's small and lightweight: when we tested all the 22.04 remixes, only Lubuntu is lighter-weight, and Xfce is a lot more mature than LXQt, which only reached version 1.0 a year ago.

In fact, Xfce is exceptionally mature: version 1.0 came out in 1997, before even KDE 1.0, although back then, it was radically different, based on the then-proprietary Xforms toolkit and designed to resemble the classic Unix desktop CDE. Xfce 3 switched to Gtk and went FOSS. So, while LXQt is lighter – nearly as light as LXDE before it – it's still quite new and changing fast. MATE is also fairly mature, but it's a fork of GNOME 2: a big codebase, now abandoned by its original creators, who moved on to GNOME 3.

Maturity, stability, and small size are all desirable attributes, but it's also very flexible. For instance, Xfce handles a space-efficient vertical taskbar better than any of the desktops in the previous paragraph. To demonstrate its flexibility, though, it can also be arranged to look uncannily like classic MacOS, if that's your thing – complete with global menu bar.

Xfce 4.18 isn't out yet, but a flavor of some of the new features can be seen in the current Xfce 4.17, an unstable, work-in-progress release.

For instance, the announcement of the Thunar file manager 4.17. This now has a built-in image preview, in the sidebar or its own pane; there are tabs and a split-pane view, and there's a global file search (powered by Catfish), built right into the file manager where it arguably belongs. It defaults to showing all volumes, and you can bookmark locations you want in the sidebar, along with customizing the toolbar and control keys from within the app itself. 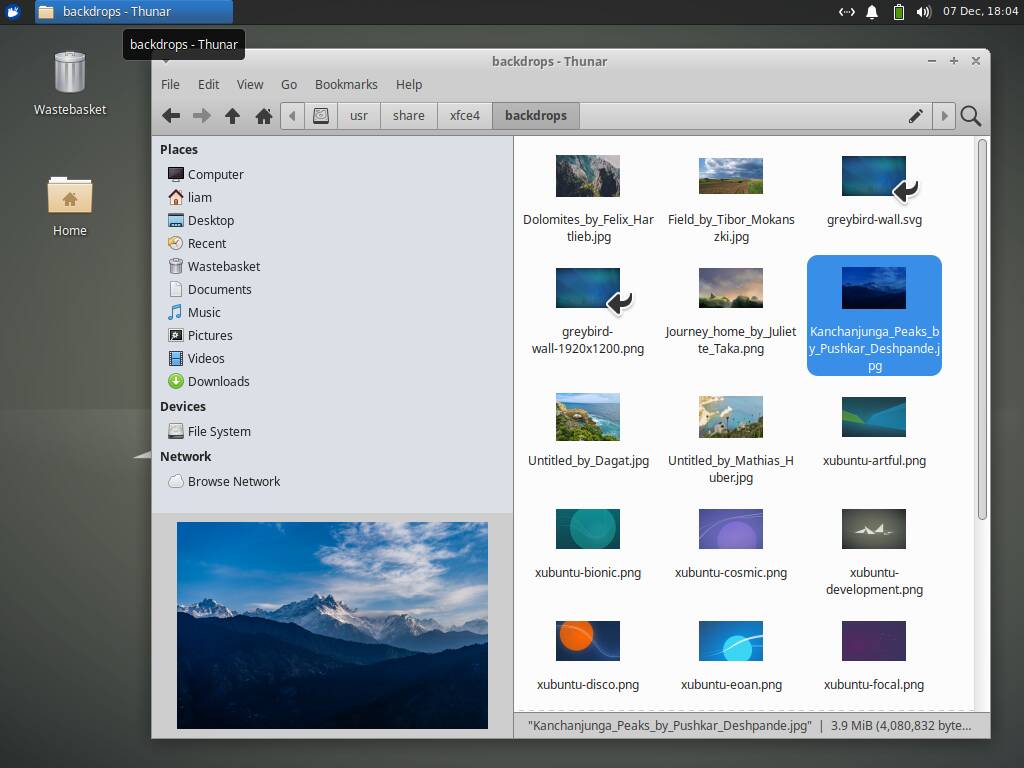 Version 4.17 of Xfce's Thunar file manager has an integrated image preview right in the sidebar

The properties of desktop panels have also seen significant changes. Changes to panel sizes are now in pixels, rather than percentages. There's a new option to stay on top of other windows. The one we like the best, though, is that the panel properties dialog box now has a new option to load and save profiles, making it quick and easy to switch between different layouts. 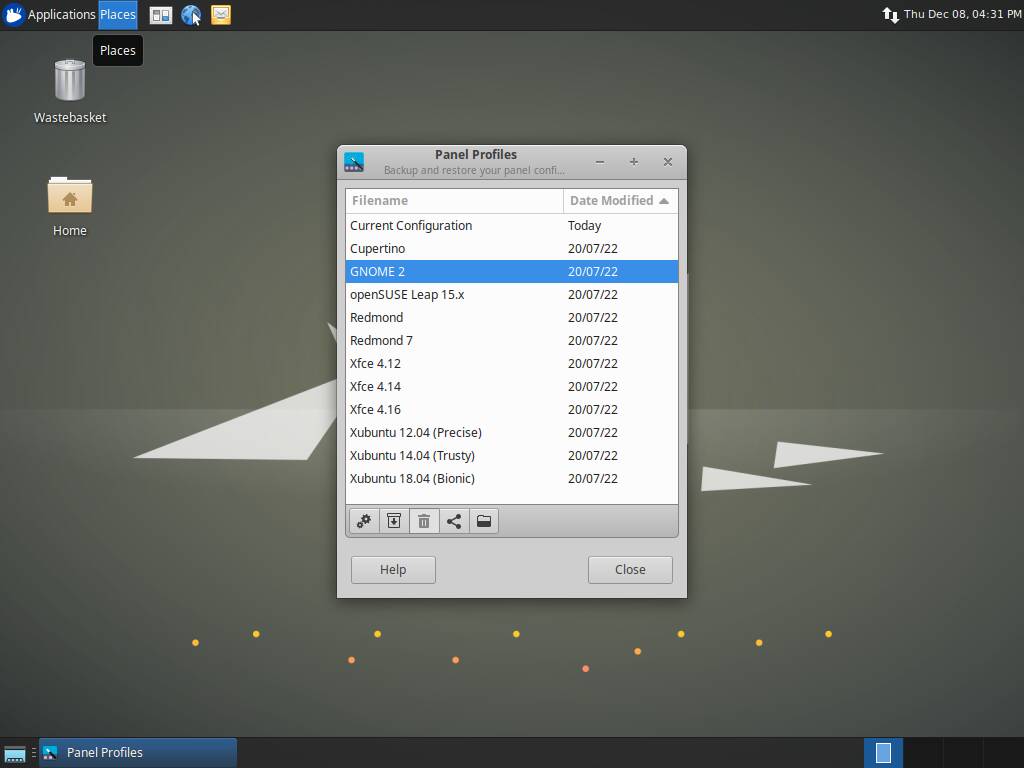 Xfce 4.18 will make it easier to switch between predefined layouts, so if you want two GNOME 2 style panels, it's a click away

So, if you prefer a GNOME 2 style two-panel layout, or a Windows-like single panel (retro or newer style), these are all just a click or two away, rather than making you set them up manually. 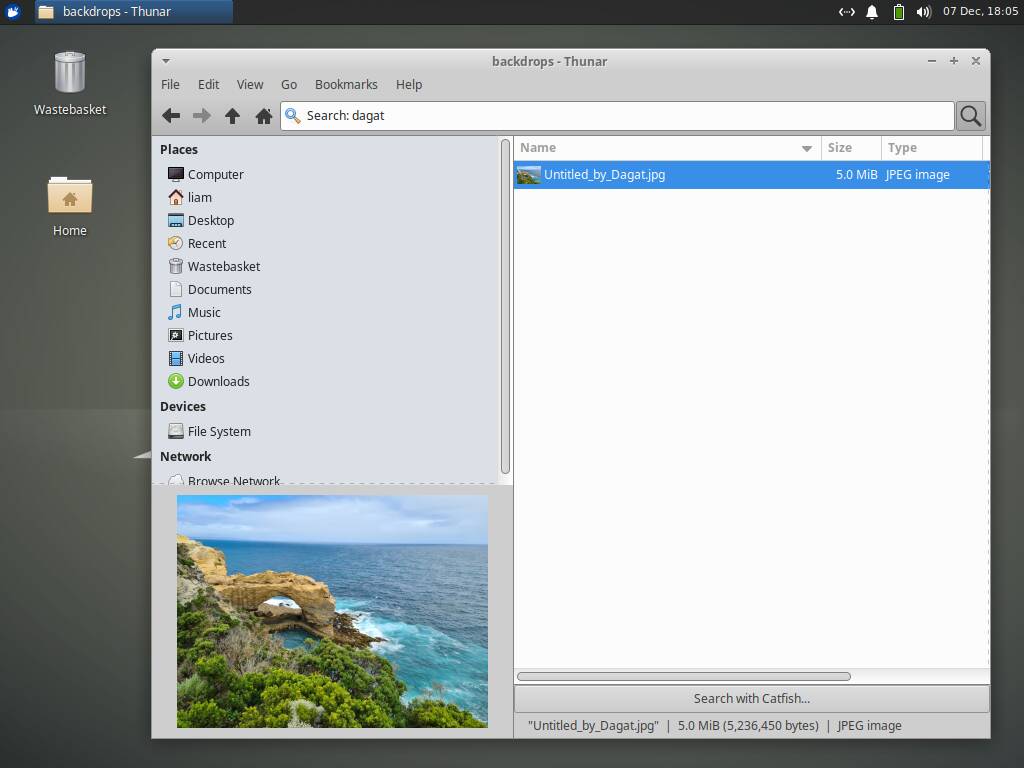 Xfce is worth a look. It offers the rare combination of being both more customizable, and yet still lighter-weight, than any version of KDE or GNOME – and that includes MATE and Cinnamon. Less code usually means there's less to go wrong, which translates to better stability. Although the test build of Xubuntu 23.04 did lose all our settings at least once, it's not even at beta stage yet.

Regular readers may have worked out that another Reg FOSS desk favorite is the Unity desktop. Even so, we have to admit that Xfce scores over Unity in several areas. It runs on pretty much any Linux distribution, as well as the BSDs. It doesn't need 3D rendering, so it runs well in VMs and on very low-end kit. This also means that it doesn't depend on dated external components, while Unity requires the very dated Compiz.

Xfce 4.18 looks better than ever. It even has a GNOME Activities-style dashboard, which reached version 1.0 earlier this year. Even if you are fond of slightly lighter-weight or retro desktops such as LXQt, MATE or Trinity, it's worth a look.