Updates for multiple devices including PinePhone Pro and keyboard incoming

Pine64's last update of 2022 brings word of a new version of its PineTab FOSS-driven tablet after chip shortages effectively killed the first generation.

As per the December update from the Hong Kong kit vendor, the PineTab is officially dead. As we mentioned a year ago, the original PineTab was the larger sibling of Pine64's PinePhone Pro FOSS-driven smartphone. The company says:

PineTab's death was, in some part, a choice on our part as decisions were made to allocate resources to secure PinePhone's availability throughout late 2020 and early 2021.

Component supplies gradually improved this year, and the PineBook Pro laptop resumed shipping back in August, although in limited numbers. The PinePhone Pro is also trickling out. A recent tweet from Adam Pigg, a developer of Jolla's Sailfish Linux-based phone OS, shows a PinePhone Pro in its optional keyboard case, working with an unfinished port of Sailfish. Another tweet this month shows one running Kali Linux. The hardware is out there – we saw one of this pairing at last month's Ubuntu Summit, although we were sadly unable to ask the owner about it.

Now that the spec of the PineTab tablet is looking rather dated, the company is giving up on it and moving straight on to a second-generation device. This will use the same Rockchip RK3566 SoC as the company's Quartz64b single-board computer and the PineBook Pro laptop. This means a 2GHz quad-core Arm Cortex-A55. There will be two models, one with 4GB RAM and 64GB flash, and a higher-end one with 8GB/128GB. The device will include both a 2MP forward-facing camera and a 5MP rearward-facing one, a microSD slot, and a headphone socket. The device will be 9mm thick. 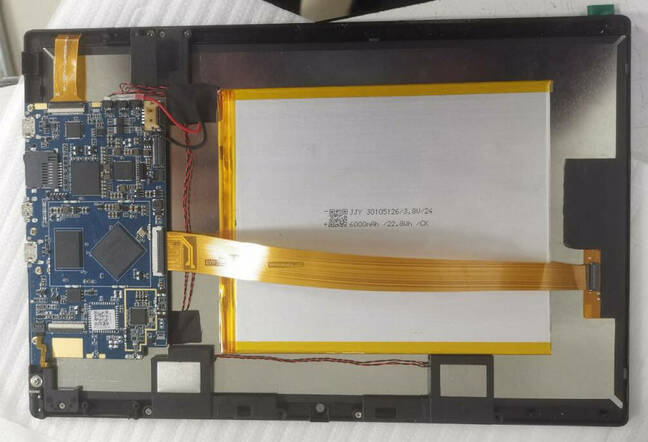 PineTab2 with the back off. Pics: courtesy Pine64

Most of the specs have yet to be firmed up. For instance, the company says it's still testing displays and wireless modules, and the prototype's 6Ah battery may yet be replaced with something larger. For us, two of the interesting features are that the device will ship with a keyboard case as standard, and that it has two USB-C ports plus a microHDMI output, although one USB port only supports USB 2 speeds and is mainly intended for charging. This offers the potential of attaching, for example, an external monitor and a hub with both a mouse and keyboard attached, while the device is on charge.

As a close relative of the Quartz64, in theory, with only a little adjustment, the PineTab2 should be able to support most of that machine's range of OSes: Manjaro, Fedora, Armbian, postmarketOS, and various forms of Debian, plus NetBSD, and OpenBSD.

We suspect that some of these OSes may not deliver a particularly good or usable experience on a tablet, but it will be interesting to see the UI and how well they work. Ubuntu Touch already worked on the PineTab, so it should follow, too. It's good to see inexpensive and relatively open hardware like this, and it can only benefit the ecosystem of tablet Linux and open phone OSes. 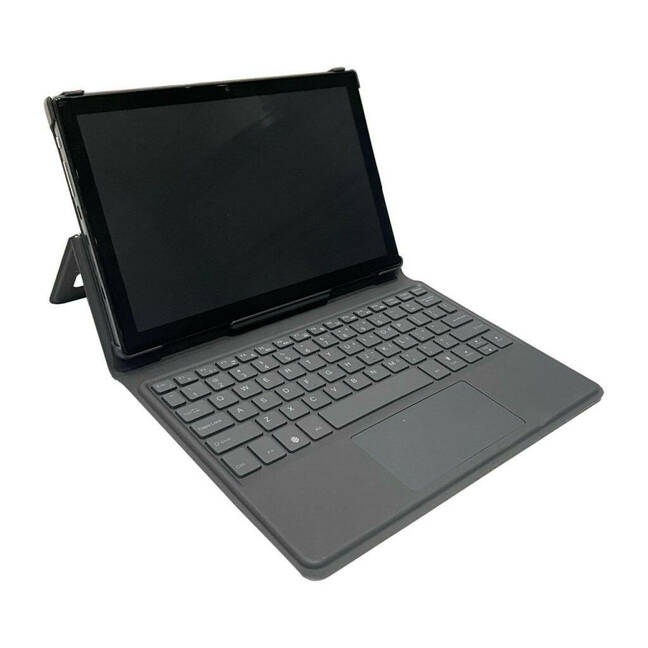 We're not big fans of tablet computers at The Reg FOSS desk. We have a couple of old ones lying around, semi-useless because they're locked in to end-of-life OSes. At least with most laptops, you can upgrade their memory and storage, install a newer OS, and they have multiple ports so you can plug in various external devices, including supplementary storage. We have been covering their continuously falling sales for years, as far back as 2015.

This is a long-term trend, but as Linuxy types, we feel that there's a link between this and the closed, non-expandable, non-upgradable nature of the hardware. If you buy an expensive fondleslab and it becomes useless a few years later because the OS stopped receiving updates, it doesn't encourage you to go and buy a new one, but vendors seem to fail to grasp this. As such, a tablet that owners can open up and fit spares to, and install newer OS releases and change the OS, sounds great. If it has multiple ports and can drive multiple bits of external hardware, while still on charge, that sounds very desirable thing to us. ®