The UK government has failed to get a grip on the management of its £158 billion ($190 billion) property portfolio because of a failure to replace an ageing database system.

According to a report from MPs, Cabinet Office, which helps run cross-departmental government, does not have the data or IT system necessary to oversee and manage the government estate, which costs around £22 billion ($26 billion) a year to maintain. 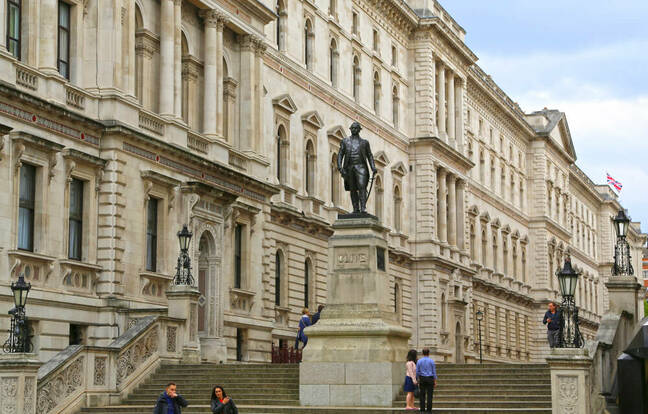 The building of the Foreign and Commonwealth Office in London, Whitehall – one of the most valuable properties in the state's portfolio

“Good data is essential so that government can manage and maintain its property efficiently. In 2020, the Cabinet Office shifted from collecting data on the civil estate, such as offices and warehouses, to collecting data on all government property, including for example, hospitals and schools. However, the existing government property database, the seventeen-year-old ePIMS system, is unable to accommodate this additional data,” the report from the Public Accounts Committee said.

The plague of ageing, inadequate data systems strikes again, this time at the heart of Government’s £158 billion property estate

Following a series of hearings, the committee concluded the Cabinet Office’s efforts to update its system have so far been unsuccessful. “Until the new system is up and running, the Cabinet Office will continue manually collecting property data from departments,” it said.

Government property management current relies on the ePIMS system, which has been in place since 2005 but is not capable of handling the data for 136,000 properties, including schools and hospitals under the expanded remit.

In 2018, Cabinet Office announced its replacement, called inSite to be built by a supplier called Landmark Solutions. “The Cabinet Office told us that it considered commercially available systems in 2018 but believed off-the-shelf options, at the time, were not capable of receiving data from 160 different bodies across government,” the PAC report said.

But the bespoke system soon hit trouble in its development. Citing staffing problems, Landmark Solutions did not complete the inSite project, even when granted an extension. The Cabinet Office terminated the contract in July 2022, by which point it had paid out £880,000 of the £1.3 million ($1-1.5 million) contract.

“The Cabinet Office told us that it negotiated a termination agreement with Landmark. Landmark has subsequently repaid £300,000 ($360,000) and the Cabinet Office has retained the software licenses already purchased and the work Landmark has undertaken to date. This consists of 140 webpages that can be used to enter information about property assets.”

However, the procurement to find another supplier also seems to be hitting problems. When the Cabinet Office recently “soft-tested” the procurement, the organisation which came forward was unable to meet the Cabinet Office’s due diligence or provide confidence that it could complete the inSite project. It is yet to say when the replacement database will be ready and how much it might cost, primarily because it is yet to engage a supplier. All this does not bode well for the government meeting its declared aim of cutting annual estate running costs by £500 million ($600 million).

Sir Geoffrey Clifton-Brown MP, deputy chair of the Public Accounts Committee, said: “The plague of ageing, inadequate data systems strikes again, this time at the heart of Government’s £158 billion property estate. A stalled £1 million IT upgrade is hampering savings reform across a property portfolio that costs the taxpayer about £22 billion a year to maintain.” ®

Warplane project may include AI in the cockpit, and comes as tensions rise with China and Russia
Security9 Dec 2022 | 94