Is that a Google Home in your toilet?

CES It wouldn't be CES without the introduction of gadgets that no one asked for.

The Register has already taken a look at odd CES gizmos this year, but those selections were hardly the only head-scratching hardware to show up in Las Vegas.

Even electric cars – a big feature at this year's show – got in on the usual CES weirdness with prototypes that included a BMW covered in color-changing E Ink that can "express moods" via colors, sounds and pixelated front-grill emojis.

But let's not dwell on what we've already seen – there's more strangeness to suss out among the 3,000 exhibitors on the CES show floor.

Cooks of all skill levels know the importance of a good cutting surface, but Blok is taking it to the extreme with its $699 cutting board it describes as "the Peloton of the kitchen." 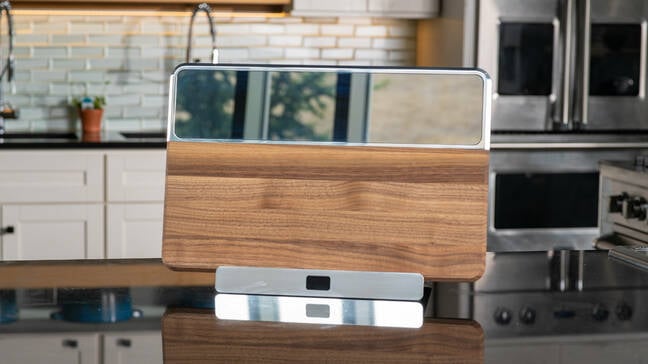 The Blok propped up on its wireless charging base

To be fair, the Blok is a Peloton for cooks in that it includes a digital display where one isn't necessary (which can luckily detach for inevitably needed cleaning), has a questionably priced subscription service ($39/month for on-demand and live cooking classes), and occupies a niche served well by cheaper, more practical alternatives.

The Blok's screen measures the full 20" width of the board but only a small portion of its 13" length and requires a paired smartphone app to use "all of the digital components" it contains, which are charged wirelessly in a dock that props it up like a book for easier viewing.

If you can't be convinced to cook with a tablet and a $20 cutting board, the Blok is available for preorder now, but won't ship for an additional six months, its website indicates.

That text message? Oh, it's just my dog

A dog named Bunny took the internet by storm in 2021 with her use of soundboard buttons mapped with words that enabled her to "speak" to her owner, Alexis Devine. The buttons used by Bunny in the videos were produced by FluentPet, which is now out with a new version of its customizable dog soundboard dubbed the FluentPet Connect.

Connect is a series of interlocking foam tiles and buttons that wirelessly connect to a base station with a speaker, allowing for more buttons to be added or removed as a pup's vocab allegedly gets bigger. 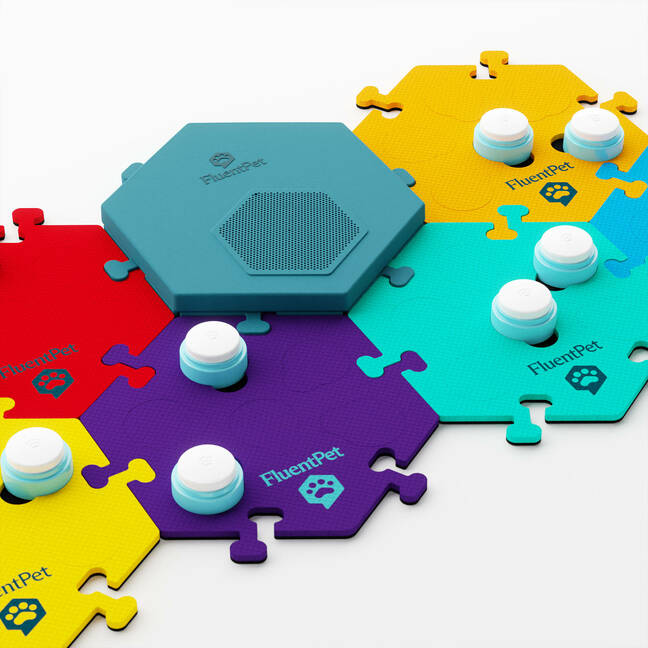 A starter set for the FluentPet Connect

Of course there's also an app that lets pet owners customize buttons, view previous button presses, and even get texts from a pet when away from home.

This, of course, is assuming your pup has the brains to operate such a system. The company says more than 70 percent of dogs figure out how to use two buttons within a month, and can learn an average of nine words.

Thin brows? Print them on

In our previous look at weird CES tech we mentioned a printer that paints temporary tattoos directly onto skin, and the company behind it, Prinker, has partnered with beauty brand L'Oréal to help it create a specialized model that only does eyebrows. 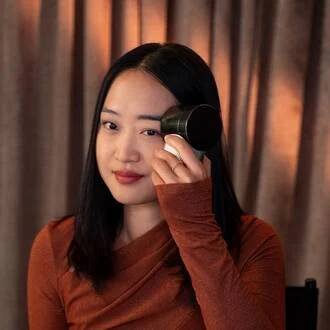 The L'Oréal Magic Brow in action

The L'Oréal Brow Magic uses "2,400 tiny nozzles and printing technology with up to 1,200 drops per inch (dpi) printing resolution," the company said, combined with an app that uses AR to scan the face for what it calls "professional-like results accessible at home."

What isn't mentioned is the need to brush on a primer, which one Amazon review of Prinker's other printer describes as drying out the skin while still being very sticky. Reviews also say that Prinker's fake tattoos rub off on furniture and smear within 20 minutes, which is one thing when it's a forearm tat, another when it's an eyebrow leaking down your face in a meeting.

Be a stargazer without any of the work

Call me old fashioned, but when I think about going out and gazing at the stars with a telescope, I think about putting in the work to focus it, figure out what I'm looking at and actually participate in the process of astronomy, albeit at an incredibly amateur level.

For those more interested in letting an autonomous machine snap Instagrammable pictures while sitting on the couch, there's the eQuinox 2 from Unistellar being shown off at CES and going on sale in early 2023. 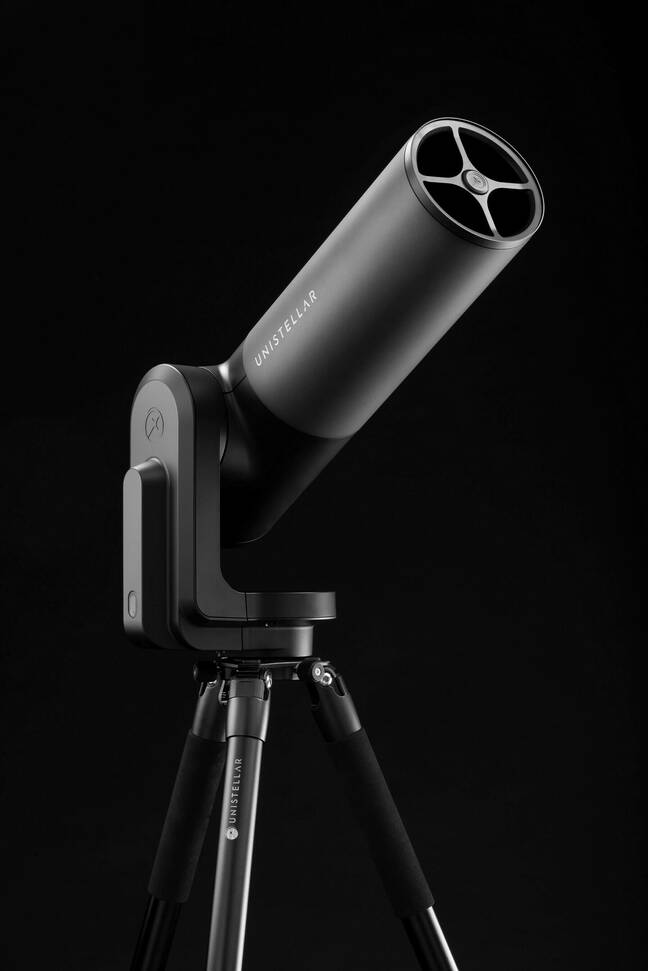 Admittedly, it's a cool piece of hardware. Not only does it use an onboard library of star maps to automatically figure out what it's pointed at, it also has light pollution reduction features "to enable users in heavily urban settings to view distant reaches of the galaxy and beyond, in incredible details and striking colors," Unisteller said.

According to its maker, the eQuinox 2 has enough power and image processing capability to see comet Neowise's tail, the rings of Saturn, and even the red spot on Jupiter.

But for $2,499 one would expect it could also serve double duty as a human-operated telescope, but no such luck: the eQuinox 2 doesn't have a viewfinder or eyepiece – it's a completely point-and-forget machine that does absolutely everything for you, astronomically speaking.

We swear we aren't taking the piss

Withings, makers of connected health tech products like smart scales and monitors, is making a splash at CES this year with U-Scan, a device it calls "the world's first hands-free connected home urine lab." 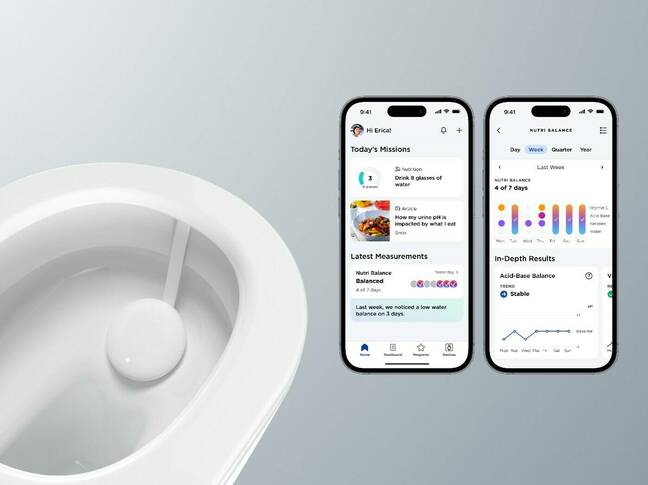 Looking like a Google Home Mini for the toilet bowl, the U-Scan is apparently able to separate out urine from bowl water and pump a trickle of tinkle into test pods filled with chemicals, which are then read by an optical module.

When it makes its debut in Europe in Q2 2023, the U-Scan will be priced at €499.95 ($530) and ship with two cartridges: one that can track menstrual cycles, and a second that tracks nutrients in urine. Sorry, Vegas-bound Americans, the FDA hasn't cleared it for sale in the US so the CES show floor is the closest you're going to get for now, and those presumably aren't test units.

Withings said the device will also be able to distinguish between users thanks to "low-energy radar sensors embedded within the reader measure multiple variables to identify an individual's urine stream signature."