This may show a future direction for Linux desktops

Endless Computers is preparing a new version of its Endless OS distro, an easy-to-use OS for computing novices of all ages. It's a unique distro which shows how desktop OSes may evolve.

Endless is an American company – since 2020, a nonprofit foundation – which strives to bring computers, and computer literacy, to people who don't yet have access to it. Its flagship product is Endless OS, a rather different sort of Linux distribution. It also offers the Endless Key, a bootable USB flash drive with Endless OS on it, and the inexpensive Endless Laptop.

It's the distro that we are mainly looking at today, though. Endless OS combines several mainstream components, such as Debian and GNOME, to create something quite different. It's probably the most widespread and least experimental immutable desktop Linux. Although the hard disk layout is fairly standard (a single root partition, formatted with the standard Linux ext4 format), the root directory is read-only. Yes, even for the superuser. Although the OS is based on Debian, you won't find the apt or dpkg commands or any other command-line package management tools whatsoever. 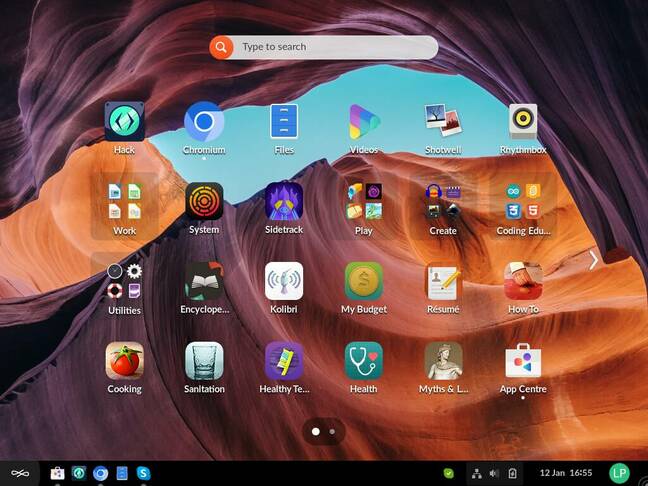 Updates are handled by the Red Hat-developed OStree tool. In effect, it works a little like updating your smartphone: the vendor periodically issues updated OS images, and your computer downloads the whole thing and applies it in a single step. This happens automatically in the background, and if everything goes fine, it tells you an update is pending, and when you reboot, you get the new OS. If there's a problem, the computer can roll back to the older version – again, automatically.

The idea is that updating becomes atomic, meaning that it happens in one step that either completes or doesn't; and transactional, meaning that if there's a problem, they can be undone, restoring the OS to how it was before. It's the same principle as used in Fedora's Silverblue and Kinoite spins, and in the embedded and IoT Ubuntu Core distro.

This is unlike conventional distros, where updates trickle out in a near-continuous, piecemeal stream, all installed separately. This is inherently fragile. Firstly, installing them requires the main filesystem to be mounted read/write, so if something goes badly wrong – say, the machine or the electrical supply fails – then the filesystem will probably be damaged and need repair, which can take a long time, may need expert human intervention, and isn't guaranteed to work. When the filesystem is read-only, it's safer from such damage.

Also, a failure in mid-update will inevitably leave the computer only partly updated, with a mismatched assortment of old and new components. If some incompatible combination of components won't work together, it could be impossible to complete the operation – and there's no way back. To pick a Debian-related example, if you have Firefox 78 installed, but want version 91, then installing the new version completely overwrites the old one. Apt, like every other conventional package manager, has no "undo" function. You can't go back to where you were. The only way is to download the old version again, remove the new one, and reinstall the old one. If the update didn't complete or the new version is incompatible or something, you are left with no working browser so you can't download the old one.

This is a serious problem. Yes, it's worked for millions of Linux techies for decades, but nowadays the same OS is sitting in front of millions of non-technical users who may not realize that you need to shut down before turning your PC off. Android has had to find ways round this, as has Apple in its various OSes. OStree is one possible solution to this issue, and Endless is putting it in front of schoolkids and grandparents who are far too often digitally disenfranchised. 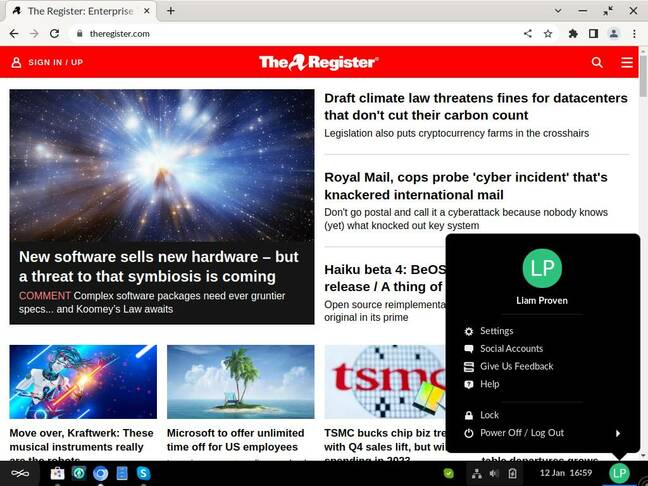 The Endless OS 4 panel is always there, even when apps are open, making switching more visual than upstream GNOME

As well as all these measures to make it more robust and fault tolerant, Endless OS is designed to be easier than conventional distros too. Although the desktop is based on GNOME, the company has modified it quite substantially, with a blend of smartphone-like and Windows-like elements. Today, the desktop of the current release, Endless OS 4.0.13, is based on GNOME 3.38.5, but rearranged somewhat. Endless puts GNOME's application browser and search box both directly on the desktop background. It also combines GNOME's top panel and "dash" (the dock-like launcher) into a single, slightly more Windows-like layout at the bottom of the screen.

We rather like the UI. It combines the simplicity and immediacy of a fondleslab with a program-switching mechanism that's similar enough to Windows for anyone who's ever used a desktop PC to find their way around. Unlike plain GNOME, title bars have maximize and minimize buttons: if you know how to manage your own windows, you can – but if you don't, the OS makes it easy to switch between full-screen apps. Endless also bundles the Ubuntu AppIndicators extension so apps like Skype can run in the background and display a status icon in the panel. 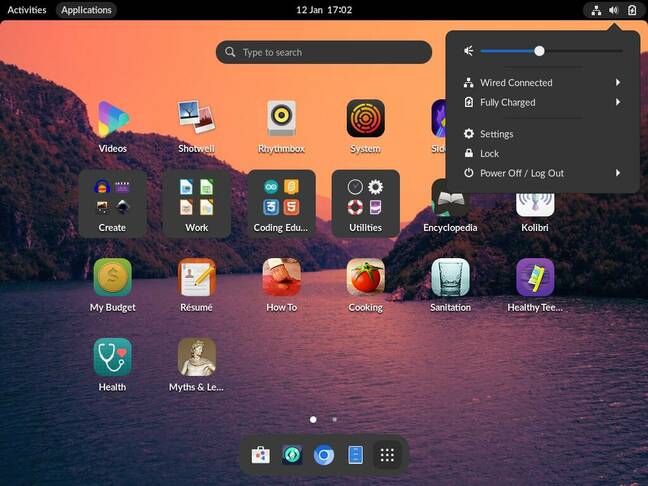 The forthcoming Endless OS 5 moves to the basis of GNOME 41. For now, the only way to get it is to download Endless OS 4 then update to the development version. For now, Endless OS 5 sticks closer to upstream GNOME than before. For instance, it retains GNOME's top panel and floating dock at the bottom. That's partly because, as the GNOME blog says, Endless was closely involved in developing GNOME 4x. Indeed, Endless CEO Rob McQueen is also president of the GNOME Foundation. He told The Reg:

GNOME 40 itself was the result of our direct involvement in design, research and code.

Regarding the change from a single taskbar to two panels, he continued:

Endless OS 4 had a dated (Windows 7 era) taskbar paradigm, and we've refreshed it in Endless OS 5 to a more modern dock as you find in Mac OS, Windows 11 and ChromeOS.

As before, the OS comes pre-installed with a broad selection of applications. While most Linux distros focus on tools for those who know their way around computers, Endless OS has more general educational and recreational apps. There are informational programs about Cooking, Sanitation, Health, Myths & Legends and an offline Encyclopedia, plus an assortment of media-creation apps, and some kid-friendly games. Part of its design is that it should be useful to people who have only intermittent or limited internet access, and that the computer is still useful when offline. Saying that, it supports Flatpak and all the apps on Flathub.

The Reg FOSS desk has been looking at Endless OS for a while now, and we like what we see. Unlike ChromeOS, you don't need any kind of online account to sign in, and it remains useful offline. It has a good mixture of thoughtful front-end design, and an interesting combination of high-tech bits under the hood. We have a review unit of the one of company's older Endless One desktops, and even on a Celeron with 2GB of RAM, the OS is surprisingly usable. The new version should be more power-efficient too; for instance, when there's a choice, it automatically favors integrated GPUs over power-hungry discrete ones, which are reserved for the most graphics-intensive apps. ®