Nice hardware, shame about the use case

What if you fancy scribbling on the thing?

Despite nods towards touch support in applications like Office 2013, desktop Windows will never be fun to use with touch alone. This issue is the reason for the clever keyboard covers in Surface, and a factor behind the bundling of a pen, a smart aluminium affair with three buttons, one on the top and two on the side (right-click and erase).

If pen computing is your thing, the Surface Pro 3.0 is superb. This model introduces an N-trig active capacitive stylus for the first time (which means your old Surface 2.0 pen will not work): a powered pen with 256 pressure levels and a couple of party tricks. These include the click-the-top button, which wakes your Surface from sleep and opens Office OneNote (desktop or Metro version, you choose) ready for inking. Palm rejection means that you can write naturally without triggering touch events.

For certain applications, design apps like Adobe Illustrator or Photoshop, OneNote, or certain field applications, Surface Pro 3.0 with pen is ideal. A surveyor, for example, could take snaps of a site or property with the built-in camera, insert them into OneNote, and make hand-written notes alongside.

Pen computing is niche though, and despite the excellence of the hardware, Microsoft did not think hard enough about where to park the pen when not in use. It attached magnetically to the power input, but not firmly enough, so it will drop off and get lost. Alternatively, you can stick a pen loop to the keyboard, which is ugly but more effective, provided you always have your keyboard attached. 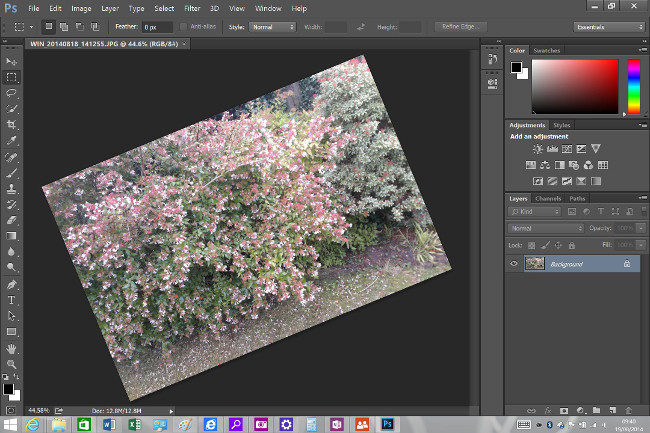 What about the tablet aspect? One idea is that users will no longer be tempted to travel with a separate tablet alongside their laptop. Maybe, but app availability remains a problem, as well as the complexity of a PC versus the pick-up-and-go appeal of an iPad or Android tablet. Further, despite its impressive lightness (800g without the keyboard, or just over 1kg with), the larger display can be awkward in places where an iPad is handy, such as when flying economy.

Two cameras give you 5MP 1080p capture front and rear and are much better than earlier versions, making this a decent device for Skype calls or quick snaps when out and about, if swinging about with a 12-inch screen does not put you off. The speakers are noticeably better than on the Surface 2 range.

A complication is performance throttling when the CPU is under heavy load; it is a balance between heat, power consumption and performance but means that a desktop i7 is better for heavy-duty processing.

Surface is Microsoft’s opportunity to show how smoothly Windows can run given Apple-like control of both hardware and software. Experience with earlier models has been disappointing in this respect, with problems like the keyboard becoming unresponsive, or the Wi-Fi driver crashing. The review unit has been generally good, though I have seen Word restart after a keyboard disconnect, and Internet Explorer go into a CPU-consuming spin for no apparent reason.

Most of the time though, Surface Pro 3 has been fast and pleasant to use, with only the occasional hiss to remind you that the CPU has a fan.

Should you get a Surface Pro 3? It does plenty of things right, with a lovely high-definition display (though I wish it were less glossy), fast performance, and remarkable lightness and portability. The keyboard is not as good as on most laptops, but it is good enough, and if you want to run full Windows everywhere Surface is an obvious choice, expensive but not out of line with most Ultrabooks – and remember, no crapware with this. Those who love pen input should look no further.

The case against is that Surface Pro 3 is too expensive for the mass market, over-sized for a tablet, and the pen a nuisance made necessary by the unsuitability of Windows for touch.

The original Surface was a brave but (so far) failed attempt to reinvent Windows for a new kind of computing. Surface Pro 3, by contrast, is a high-end laptop replacement for those who like or need to run Windows applications. The hardware is delightful, with just a few annoyances, but leaves open the question of just what Microsoft can do to counter competition from Apple and Android. ®